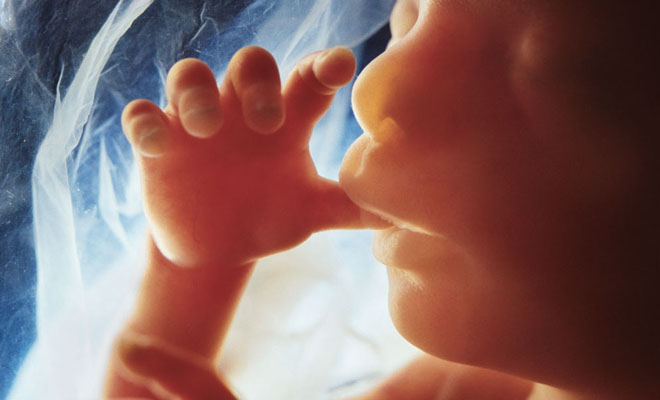 Alabama’s new law is a victory for human rights

Lawmakers in Alabama deserve our praise for boldly acting to defend the human rights of innocent, vulnerable human beings in the womb by passing the Alabama Human Life Protection Act — recently signed into law by Governor Kay Ivey, the state’s second female governor.

The Act protects human beings in the womb from being killed via barbaric abortion procedures at every stage of development, even in cases of rape or incest.

This new law does allow abortions to be committed to “avert (a mother’s) death or serious risk of substantial physical impairment of a major bodily function.” But as a number of medical professional organizations representing over 30,000 physicians recently stated, “It Is Never Necessary to Intentionally Kill a Fetal Human Being to Save a Woman’s Life.”

The choice to not allow preborn human beings to be killed in cases of rape or incest was an important step forward. Many in the pro-life community have pushed lawmakers across the country to stop including these “exemptions” in legislation for some time now.

These innocent lives don’t deserve a death sentence for the crimes of their fathers. The ones who committed the crimes are the ones who should be punished. And the mothers who survived a sexual assault deserve authentic, loving care to find healing — not the additional violence of an abortion.

Some people are upset that those who commit abortions in Alabama could now face a Class A felony — punishable by up to 99 years in prison. This punishment reflects the fact that we’re talking about the crime of intentionally killing an innocent human being.

In case you’re still in the dark on this issue, it’s important to make clear that no matter what politically correct terminology people want to use for abortion, an abortion is a violent act that takes a human life.

This is not a religious or philosophical belief. Doctors and scientists around the world, for a long time now, have known that a unique human life with separate DNA from her mother is created at the moment of conception. This new life is a living member of the human family. That is a scientific fact. An abortion ends that life.

Unfortunately, many still either don’t know these facts or are “science deniers” on this issue. We saw this play out recently on national television during an explosive interview on CNN’s “Primetime with Chris Cuomo.” Guest Christine Quinn told host Chris Cuomo and fellow guest Sen. Rick Santorum, “When a woman is pregnant, that is not a human being inside of her.” The statement was flat out false, but many still believe this lie.

Even in 2019, with all the medical and scientific advancements we have, and with unprecedented access to knowledge at our fingertips, abortion supporters are still lying about the scientific fact that human life begins at conception in order to hide the truth that abortion kills an innocent human being.

About a million human lives are killed through abortion in the U.S. every year, and some estimate around 60 million abortion deaths in our country since the disastrous Roe v. Wade Supreme Court decision in 1973.

Lawmakers in Alabama hope their new law will help to finally overturn this decision — which was a significant setback for human rights and remains a black stain on our nation. With the recent flurry of pro-life legislation being enacted at the state level, and a Supreme Court majority that appears willing to rightly interpret the Constitution on this issue, it does look like Roe’s days are numbered. Those who support human rights should rejoice.

Alabama’s new law is a victory for human rights was last modified: May 23rd, 2019 by Guest contributor Adam Cassandra