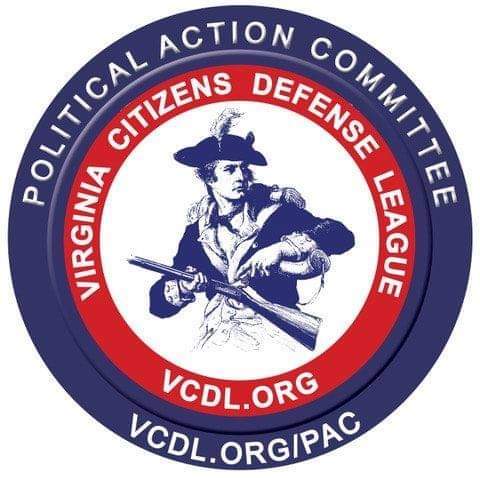 Alert from the VCDL-PAC on General Assembly Special Session

Governor Northam is at it again. Heâ€™s convening the Virginia General Assembly into special session on Tuesday, August 18th. While the premise for this session is budget and criminal and social justice reform, many have little faith that this session will conclude without a second bite of the anti-gun apple, such as House Bill 961 â€“ the Assault Weapons Ban.

We know that the first bite earlier this year has given all of Virginia more constrictive gun laws. Of the many enacted, these represent some of the worst:

* Local government can now ban guns in government buildings, parks, recreation and community centers, and permitted event, creating a cobweb of confusing laws across the state

All of these recent laws directly chip away at your rights as gun owners and law-abiding citizens. They do nothing about curbing violence and illegal activities. Nothing.

Pat Webb, VCDL-PAC Treasurer and gun store owner said it best, â€œWe have a perfect storm. Our government is releasing criminals, is standing by while riots take place and is contemplating defunding the police. On top of that, the access to tools of self-defense by law abiding people is being increasingly restricted.â€

She notes that â€œpeople from all walks of life and all political affiliations are rushing to get guns and ammo. This includes men, women, gay, straight, young, old, Republican, Democrat, and all races. In fact, I’m seeing a surge in purchases by minorities in the last several weeks. Why? Because they realize that they are the only ones responsible for their own safety.â€

We are seeing this reality playing out all around us. Whether it is in the streets of Portland, or Seattle (where the Chief of Police just resigned in protest over the city councilâ€™s decision to slash funding for police), or in Chicago, New York and recently in Georgetown and Richmond – we are seeing that criminals donâ€™t obey laws. That is what makes them criminals.

Many local leaders throughout Virginia have worked with their local county, town and city officials to declare Second Amendment â€œSanctuary Citiesâ€. In fact, there are 147 municipalities that are today Second Amendment sanctuary areas.

As the General Assembly meets this week, we have to be vigilant. We know that millions of dollars of special interest money poured into Virginia in the election of 2019 to elect new anti-gun legislators. These leftist groups demanded payback in the form of gun bans and tighter restrictions on our sacred rights. Sadly, the General Assembly now has a majority of anti-gun legislators. Law abiding citizens canâ€™t let this stand if we want to protect our gun rights!

A quote that is attributed to Thomas Jefferson reminds us that â€œeternal vigilance is the price of liberty.â€ All of Virginia must be vigilant, especially next week when the anti-gun legislators meet at the General Assembly. Please be engaged with your local legislator and vigilantly watch over their votes. The VCDL.org website is there to assist in being eternally vigilant to protect your gun rights.

Cathy McNickle is a native Virginian, born and raised in Fairfax County and a resident of Loudoun County for the past 23 years. She is a proud mother, wife, professional and constitutional conservative. Cathy's first engagement with politics was defending the Second Amendment during the "Million Mom March" frenzy in 2000. She has been an activist and participant in the Loudoun Republican Committee, 10th CD and state GOP for the past 13 years and was recently appointed Chair of the VCDL-PAC.