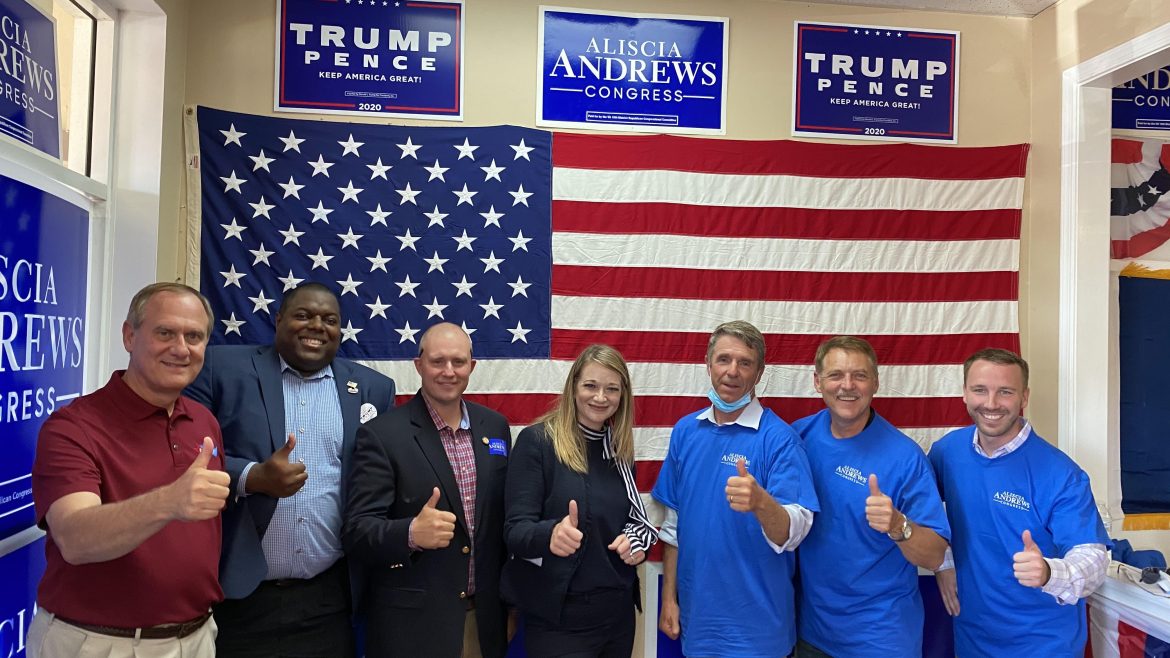 Press Release from the event:

August 31, 2020 – Sterling, VA – Aliscia Andrews, the Republican Nominee for Virginia’s 10th  Congressional District opened her campaign office on Saturday, August 29th in Sterling, Virginia. Over 200 voters and activists from the 10th District were in attendance.

Aliscia Andrews stated, “I am ecstatic to open our doors to supporters and keep up the momentum in our district. I need everyone to get involved in this year’s election. If you are in or near Virginia’s 10 Congressional District, you can start with phone banking and door knocking out of our new office. It is clear the momentum is on our side.”

“Hard working Americans in VA-10 deserve a representative that will stand with them to make sure their voices are heard in Washington. I will be that voice. It’s time to bring safety back into our neighborhoods, law and order in our communities, along with safe openings of schools for our children,” explained Aliscia.

The Andrews for Congress campaign office is open regularly Monday-Friday from 10 am to 5 pm, and open until 8pm Tuesday to Thursday for phone banking. Super Saturday door knocking is scheduled this Saturday, September 5th, at 9 am in Loudoun County, Fairfax County and Prince William County. Please visit andrewsforvirginia.com/upcomingevents/ to RSVP for upcoming events and visit andrewsforvirginia.com/take-action/ to join our volunteer list.