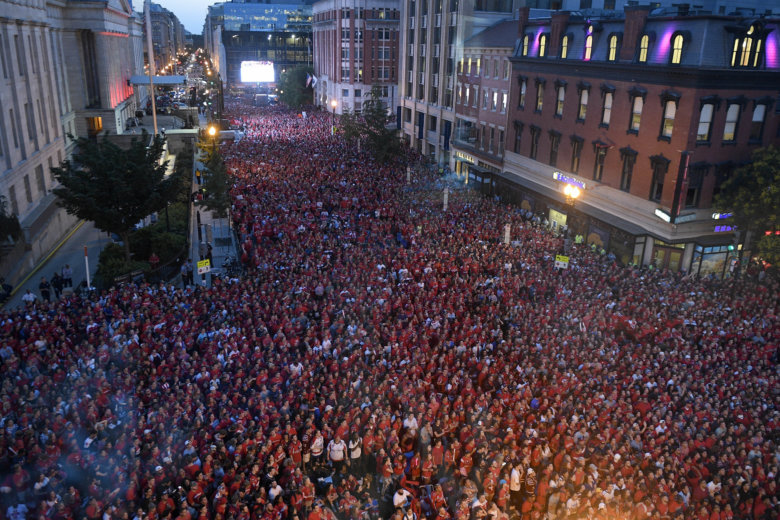 Congratulations from Capitalsville to the Washington Capitals for capturing the Stanley Cup in 5 games!  To celebrate this momentous occasion, there will be a parade in DC on Tuesday for the team and their fans. From WTOP.com:

If you need an excuse for your boss for being late for work today and missing work again on Tuesday to attend the parade, you may try this one from DC Deputy Mayor Donahue: 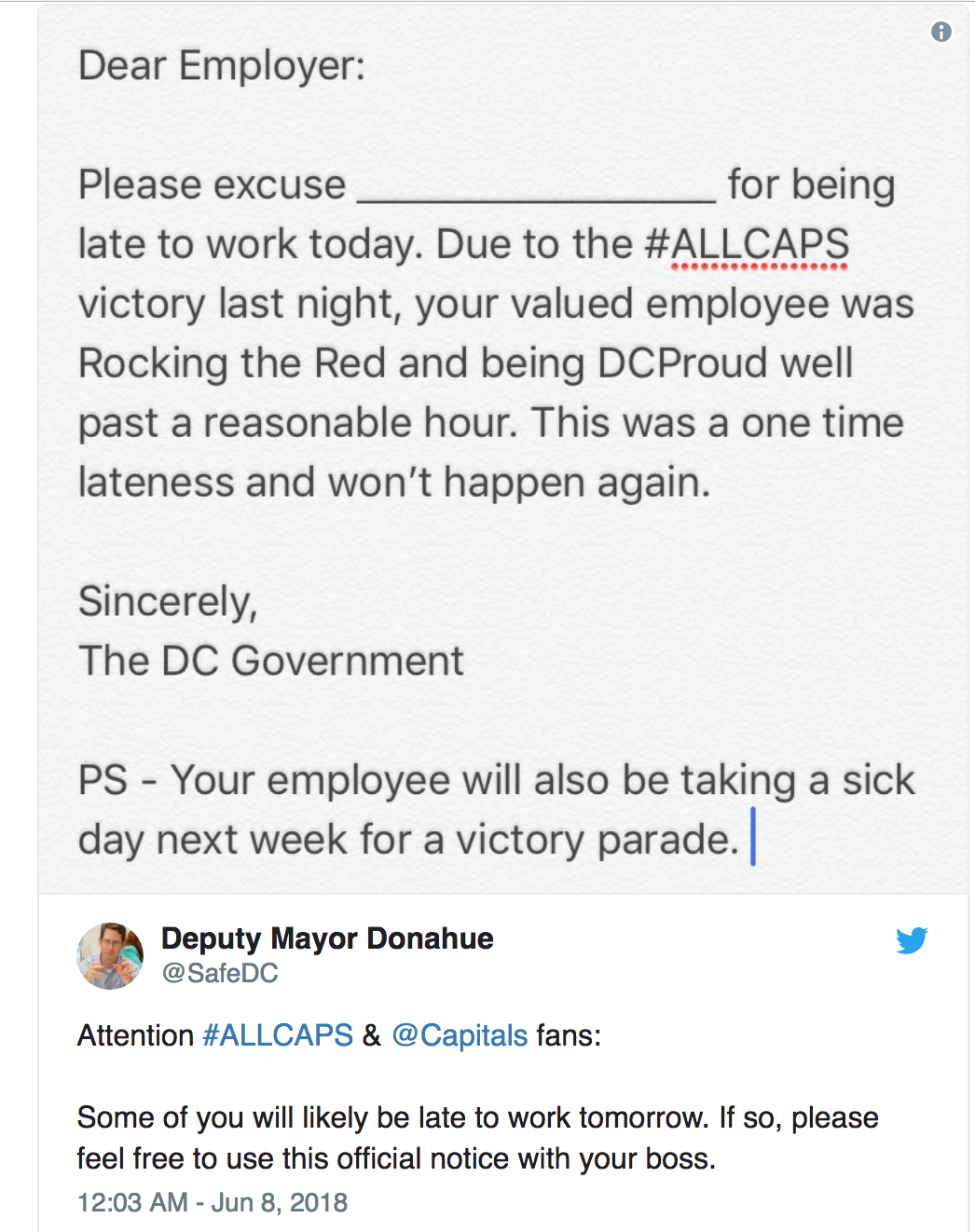 Atta girl Jeanine, way to get the celebration started:

Hope Virginians will be manning the polls.