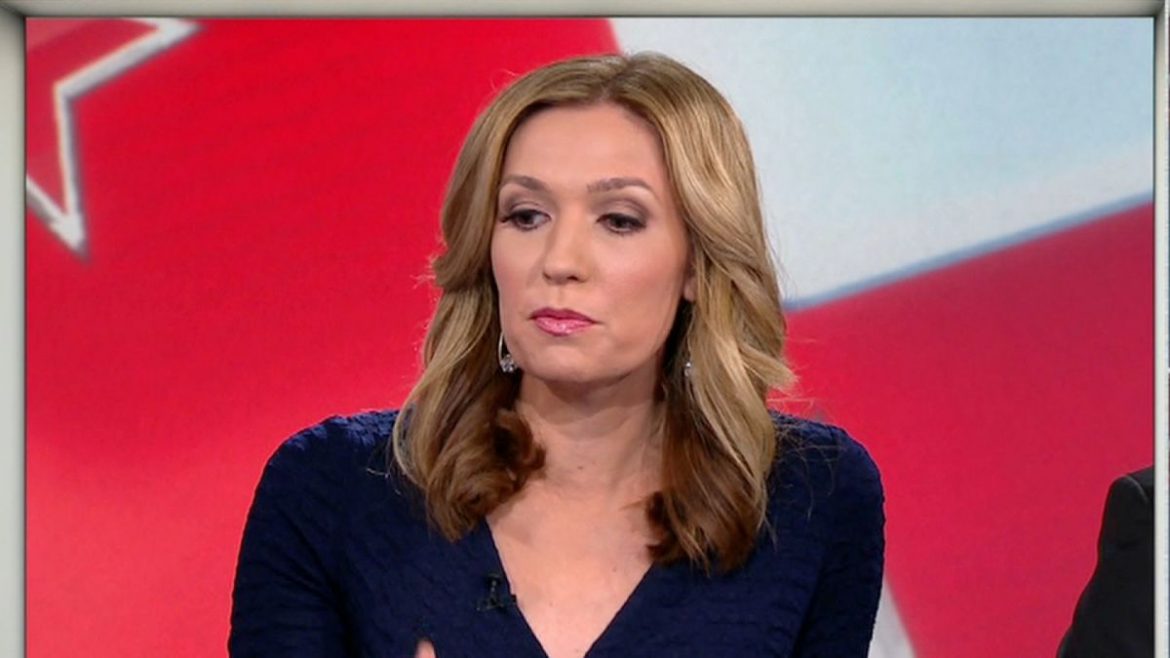 Trump Derangement Syndrome is real. It is displayed on cable network television, newspapers, colleges and universities. This syndrome takes a normal, well, relatively normal, intelligent person(relatively) and drives them to insanity.Â

A case in point, a pundit with, of course CNN, Amanda Carpenter. Her hatred of President Trump is so great that she imagines impossible and irrational theories.
She wrote a column for Time magazine, â€œTrumpâ€™s Treatment of Women is his Original Abuse of Powerâ€

She prefaced the column with a post on twitter:
“Perhaps now, in light of the impending impeachment proceedings, is an apt moment to reflect upon the mindset of an abuser. What does it mean when a man who believes ‘when you are a star they let you do it’ becomes President?”

Well, I read the column. It’s ridiculous. Carpenter tries, and fails, because it is impossible, to link 12 unsubstantiated assault allegations against President Trump with failure to protect the Kurds, and then with separation of families at the border. She even links a bomb being sent to CNN to Trump.

There is no rational connection to any of these points.

First, feminist theory dictates that a woman never lies, but commonsense tells us that men and woman are equally prone to lying. So, for Carpenter if 12 women come to the media and say that they were attack by Donald Trump 30 years ago they are automatically credible.

Actually, she includes a link to a story that claims the attack number is now at 53, but as we get closer to election it is likely to grow. I would not be surprised if there are 45,000 Democrat and some Republican woman that might realize that they too were once attacked by Donald Trump and come forward and tell a reporter at the Washington Post.

Would I believe them or find them credible?

My first question would be did they file a police report after the alleged attack? Carpenter didnâ€™t mention whether any of them did. Somehow, I doubt they did.

And she claims Trumpâ€™s abuse of women is kind of like his immigration policies (yes, that is absurd). In talking about the border, Carpenter doesnâ€™t seem to realize that we separate adults when arrested. The President is not abusing power. He is enforcing our immigration laws. Laws which he has an obligation to enforce.

She complains that aliens are moved by the INS all over the country to different facilities (cages she calls them). As opposed to what, being allowed to roam the streets of America? Being allowed to sleep in a park of their choosing in San Francisco?

Trump didnâ€™t force anyone to break our immigration laws. He didnâ€™t force them to come here. But he does have an obligation to deport and detain people here illegally. This is not an abuse of power.

She includes a clip of President Trump saying that there were â€œfine people on both sidesâ€ in Charlottesville. She must not have watched the clip that she posted. If she did, she would find that it was obvious that both sides referred to the debate over statues, not to being a neo nazi.

The last poll on I saw on the statue issue here in Virginia was about evenly split. So of course there are fine people on both sides.

She also tries to link a synagogue shooter with Trump. Seems that they both used the word â€œinvaderâ€ Well, millions of people use the same words. An invasion is an â€œunwanted intrusion.â€ And by law illegal immigration is an unwanted intrusion. Trump is accurately using the word. But now the word canâ€™t be used? Perhaps it might set off another shooter? Nonsense.

Carpenter disgustingly tries to link Trump to a bomber who attempted to hit CNN. But the bomber Cesar Sayoc had mental issues; his lawyer described him as lacking the ability to comprehend reality. Trump had no control over him. Shame on Carpenter for trying to blame Trump.

She laments the alleged harassment that E. Jean Carroll is going through. Even claiming Carroll sleeps with a loaded gun under her bed.
Carroll claimed Trump attacked her in a Bergdorf Goodman dressing room decades ago. Co incidentally there was a â€œlaw and orderâ€ episode, in the 1990â€™s where a woman was attacked in a Bergdorf Goodman changing room.

Carpenter doesnâ€™t mention that Carroll never went to the police. She still could today. In fact, the only reason that we know the name E. Jean Carroll is because she wrote a book outlining the charge against Trump. It sells on Amazon and other fine book stores.

She has made the rounds on talk shows talking about the charge. Seems she doesnâ€™t feel that it is necessary to go to the police, but certainly she will tell Anderson Cooper all about it on his prime time, but low rated show. She even told him, “It is fun talking to you.”

Of the other women who have alleged that they were attacked by Trump she says â€œhis accusers have paid dearly in terms of their reputation and safety.â€

Well, if they didnâ€™t go to the media, we never would have heard of them. And if they had gone to the police they would have been protected, kept anonymous, would have saved evidence, and maybe gotten justice.

Why didnâ€™t they go to the police, well one possible reason, filing a false police report is a crime. Lying to Anderson Cooper is not.

Normally when we are wronged we use the courts to get justice. Carpenter and some of the alleged victims want to use the ballot box.

Carpenter concludes the piece with a wistful lament, if only we had listened to the women â€œwho came forward in 2016 (and) tried to warn us about the harm he was capable of.â€

Listening to people who were attacked and decided not to call the police are probably not people we should take advice from. Including advice on whom to vote for.