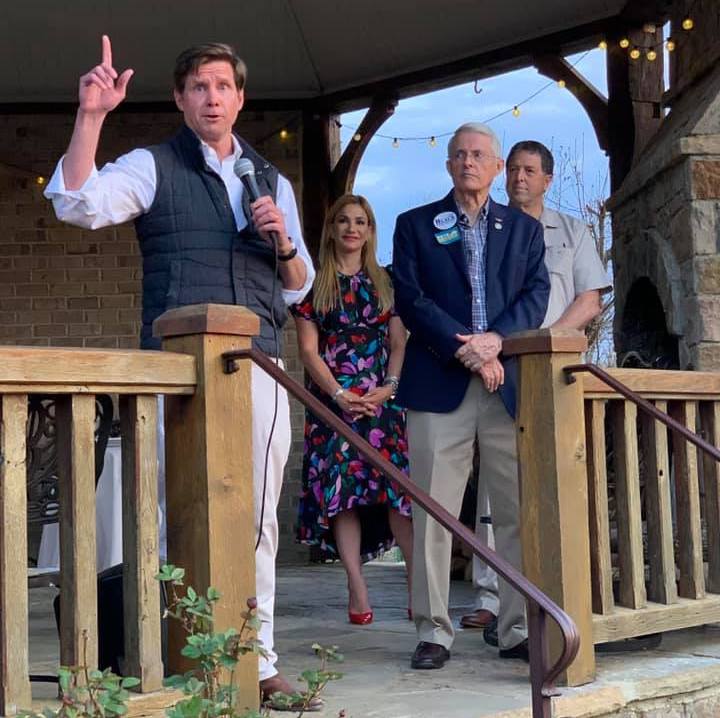 On WMAL this afternoon, during the Larry O’Connor show, Republican candidate for Governor state Senator Amanda Chase claimed she had the support and endorsement of General Michael Flynn and state Senator Dick Black (retired). She was half right. General Flynn does support her candidacy. Senator Black does not. He has endorsed Pete Snyder for Governor.

In the next hour of the program, Senator Black phoned into WMAL to speak with the show’s host, Larry O’Connor, and to disabuse the audience of the notion that he is in support of Amanda Chase for Governor. He said in the past he had supported Chase but as her campaign progressed he became less enamored with the direction her campaign was taking. Senator Black called Chase and informed her was pulling his endorsement. When Chase claimed today that she had the support and endorsement of Senator Black she was well aware that she did not.

During the interview, Senator Black went on to explain some of the reasons why he has endorsed Pete Snyder for Governor. Pete is pro-life, pro 2nd Amendment, and he believes as President Trump did, in putting America first. (Trump’s entire immigration team, including Ken Cuccinelli), has endorsed Snyder.) As Governor Pete will push to open ALL schools in Virginia. He supports school choice and homeschooling. He opposes liberal indoctrination in our schools and the teaching of Critical Race theory. As Governor Pete will defend our traditions and values. Learn more about Pete Snyder and why Senator Black supports him here. Sign up here to be a delegate a the Republican Convention and support Pete, May 8th at locations around the state.