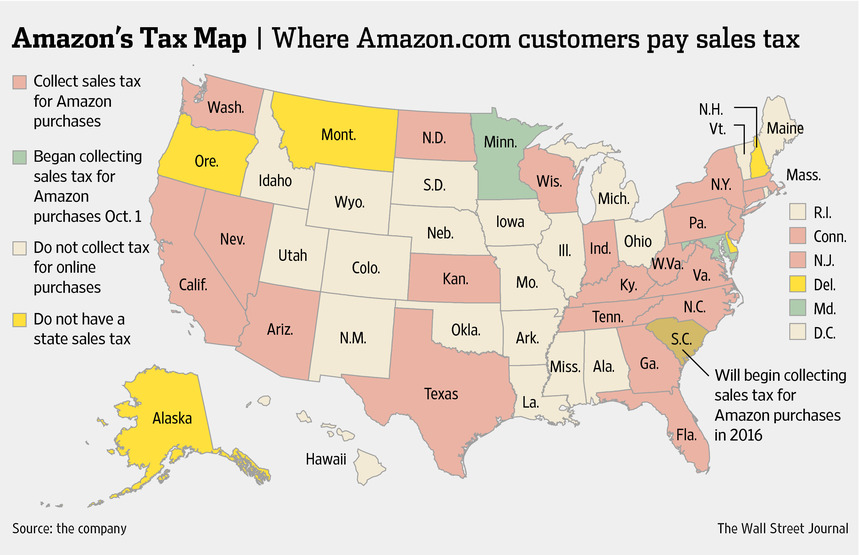 Sometime during Governor McDonnell’s tenure Virginians began paying tax on their online purchases at Amazon.com. As a member of a family that purchases nearly everything in our house from Amazon we were not amused. [read_more]Not all states collect this tax. In fact Maryland didn’t begin collecting this tax until yesterday!  Imagine that, Virginia having a tax before Maryland the state that even taxes rain! As of yesterday, 23 states collect tax for Amazon purchases. More on the story here.  Oklahoma is looking better every day. 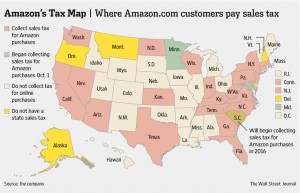 You are years behind on this issue!
Years!

Here is a current issue for you. Please do not wait years to write about this!

Why is no one asking this question? Was the Texas Ebola patient sent home the first time he went to the ER because he did not have an insurance card or health insurance?????

It’s all about the cabbage!!!!

Sent from my iPhone

You are making stuff up again. Stop trying to spread lies. He was sent home after being seen because they miscommunicated about his travels and they thought he had the flu. Where did you see anything about this having to do with insurance? Do you have a source or not?

Do you have a source to prove your accusations ?

What are my accusations except that you make up nonsense without any facts? You seem to want to pick a fight with the insurance industry and somehow want to say this guy was treated and released because he did not have adequate coverage to be taken seriously. As with you past postings, you use nonsense and made-up details to gain attention for your ramblings.
I do get disturbed when poor logic and lies replace reality and common sense.

What lies are you referring to in my first comment?

I was not asserting anything, My first comment just asks a question.

Are you asserting that people who go to the ER are treated the same with or without health insurance?

Could you define/explain miscommunication?

Are you or your family connected to the healthcare industry, providers, insurance, drug company, in anyway?

so, you were not trying to make a point, OK, my bad. I took your posting for a lame attempt to drag health insurance into this particular incident. I now know that you did not mean to imply that insurance had anything to do with this guy being dismissed from the hospital. I don’t know what you were trying to say but at least we are clear that you never meant to connect insurance coverage with this case. Your apology for miscommunicating is accepted.

I make no apology for anything regarding this thread!

You did not answer any of my questions in my last comment?

You don’t get to know anything anout me especially since it has nothing to do with you making up stories. the news is all over this and only you try to make this about insurance.
Again, I accept your error