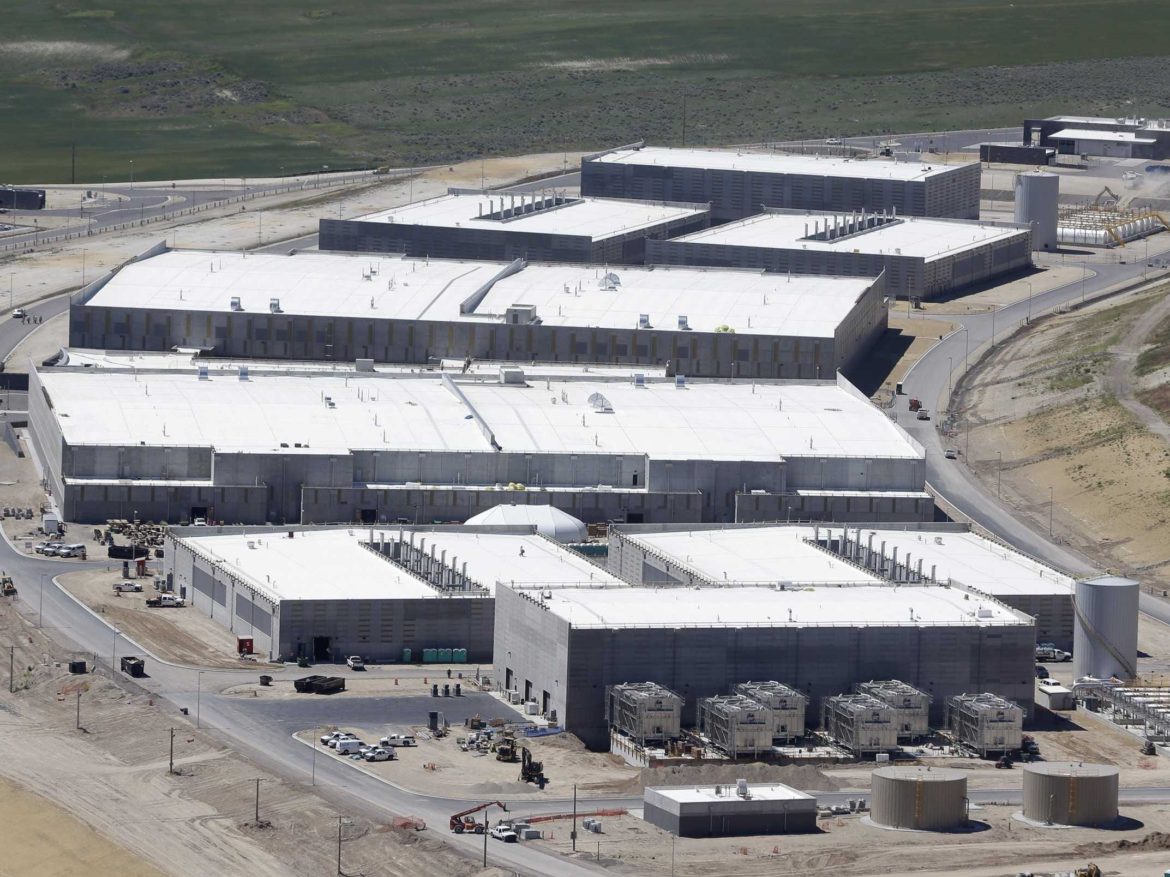 “A Tale as Old as Time” (from Beauty and the Beast)

If you’re like me, you’ve been stewing for nearly two months over the catastrophic failure and exit from the “war on terror.”

Afghanistan, the graveyard of empires, bit back hard.

But not only has Afghanistan notched another slot on its empire-slaying holster, but the loss has also changed the 21st century. It has changed America. All for the worse.

In truth, this debacle is simply one more debacle among decades of debacles.

Set aside where it has left the United States of America internationally, instead look at the homefront itself. Since 9-11-01, we’ve lost over seven thousand of America’s finest men and women in battle, and thousands came home severely wounded. The country spent $7 trillion over the twenty years, give or take.

The question mocks us. Is America any safer today than two decades ago?

But, if the war on terror was a colossal failure overseas, as it patently was, it was a rip-roaring success at home.

Start with the USA Patriot Act. The act was slammed through Congress and signed into law by October 26, 2001. It was a cobbled-together muddle looking for a reason to exist in the first place and has only grown more so over two decades. It and the subsequent reauthorizations opened the door to dragnet spying on US citizens and intruding on the liberty of the law-abiding – with little discernible effect on those who wish us harm.

Under the National Security Agency (NSA), the government has erected a meta-data surveillance monster run by an intelligence “industry” of 17 or so agencies that gobble up north of $85 billion a year (but who actually knows?). Yet, they can’t find their you-know-what with both hands regarding what America’s enemies are plotting or doing internationally or domestically.

That’s not a rash judgment, just an accurate one.

What major international event has the “intel community” called correctly from the Bay of Pigs forward? They’ve pretty much missed it all (here).

And, domestically, along with the dysfunctional Department of Homeland Security and the enfeebled FBI, the country has had countless terrorist incidents on US soil. These agencies knew about the individuals involved in every single one – Fort Hood, Boston, Orlando, San Bernadino – it’s a long list. But it didn’t matter; they dropped the ball time and again. And when they weren’t failing to connect the dots, they were botching or deliberately manipulating investigations with regularity.

What the intel community has perfected is collecting every American’s personal information down to phone calls, websites visited, credit cards, financials – you name it. Every detail is stored in the National Security Agency’s (NSA) recently built, $1.5 billion, 1 million square foot complex in Utah (here). (Unsurprisingly, Facebook is building a new facility near the NSA complex, and doubtless, others will follow.)

They can process 100,000 trillion calculations per second if that makes you feel better.

First, they think that makes you feel better, which is really a bizarre assumption. Second, very few of our intel executives have read much history. Those are the words of every tyrant, dictator, and despot who has ever lived. Ask the millions in Xi’s Chinese labor camps, as one of many examples.

When Donald J. Trump arrived on the scene in 2016, most average Americans in the working and middle-income ranks (the country class as the late Angelo Codevilla dubbed them) understood the game afoot well enough. That’s why they elected him.

While these citizens had been busy living – working hard, raising kids, and keeping the nation running – America had been hijacked by the “idiot class.” Sold down the river with “stupid” policies, Mr. Trump famously said. And he alone had the brass and the personal wealth to say so out loud.

He identified the obvious – and they buried him alive for it.

The defeat and humiliation of our exit from Afghanistan is only the most recent example of how the crashing culture and the idiot class have failed the nation. After twenty years, it turns out that the military top brass and the leaders of the intelligence agencies have been knowingly lying to us about Afghanistan. The politicians must have known it but didn’t want to stop cutting the checks that keep so many defense contractors humming. Makes sense – everyone in Washington wants to work for them after their careers end.

There was never a plan to end the war, only to stretch the fight out forever. “Nation-building,” don’t ‘ya know.

It’s tough for ordinary citizens to get their heads around all of this because, unlike their pretend rulers, they are not venal and devoid of moral certainty and intellectual clarity.

But the twenty years of nation-building weren’t wasted in Washington.

Everyone was in on the game, except mere citizens.

While the intelligence folks were learning to spy on Americans, the rest of the government grew like Kudzu in the Georgia summer. (Not precisely on a sacrificial “war footing.”) Like all cultures in severe decline, America has a metastasizing bureaucratic class – an administrative state – whose primary interest is self-interest. They care for the process of government.

Finally, the “robber barons” for this new century, the tech-giant oligarchs,  who can outspend any combination of private interests, are buying politicians up almost as fast as the Chinese communists.

As proof of their importance, the tech oligarchs are slowly squeezing the life out of the Bill of Rights without serious debate. Congress and even the Supreme Court seem uninterested, at best, or complicate at worst.

How much control do these various actors now have? Their unaccountable power has already taken down a sitting president and changed election results at home and abroad.

Here’s a new, real-time example of how things get done in the new America.

Just this past week, the craven, strange little man, Attorney General Merrick Garland, threatened American moms and dads with terrorism charges using the Patriot Act. He instructed the fatally corrupt Department of Justice and the minions at the FBI to unleash the hounds of injustice against parents who are Raising Cain at local school boards about the racial and ideological indoctrination being introduced all across the fruited plain. (In an attempt to dress up a pig, perhaps? DOJ has no legal or Constitutional power over local school boards unless made from whole cloth.)

Imagine the horror – parents demanding a voice in the education of their own children in a school system they pay for!

However, it was all a political calculation we’ve learned. The far-left AG Garland was, in reality, part of a secret White House political plan. In league with the radical National School Boards Association and teacher unions (here), the goal is to shut down vocal opposition voices to radical racial and political theories that could negatively influence the 2022 midterm elections.

Then we find out that the Attorney General has financial skin in the game. His son-in-law’s company has been awarded multi-million dollar contracts to supply radical methodology to school districts (here).

This is where we are in 2021, America. What a juxtaposition.

We have a lawless federal government that even ignores the Supreme Court, engaged in catastrophe after catastrophe – Afghanistan being only the latest. Yet not a single person is ever held to account. But taxpayers demanding decent educations for their children? They’re terrorists! And you can be sure the FBI will find at least one mom for a show trial.

And, they could care less what you think. If that sounds extreme, listen to how your government officials led by very confused Mr. Biden are smugly pleased with themselves over the weekend. Thousands of citizens who have broken no law may well lose their jobs and their life’s work for refusing to take a “mandated” (not really) vaccine whose short and long-term safety is very much an open question. Since when do we do this in the land of the free?

What’s left for the citizens to do to get Washington’s attention? They’re not even taking our calls anymore. Is it time to dust off the Martin Luther King playbook and fill the streets with tens of millions of citizens in peaceful protest? Or has even that time passed?

The man who killed five poplin a bow and arrow attack in Norway is a convert to Islam and was known to be radicalized. He was Danish but lived in Norway. These are the facts that the trolls just can’t deal with.

It is “people in” not “poplin”. Damn the spell checkers. Eric finds this islamophobic but thinks the father who tried to verbally defend his raped daughter at a school board meeting should be condemned. A very warped and perverted view of the world is the world of trolls

So, you think the debacle in Afghanistan was a great success. Not surprising for an anti-American socialist like you.

Socialism is the philosophy of failure. It’s inherent virtue is the equal sharing of the misery.

More specious drivel from the right. The very folks that brought our democracy to the brink on January 6th. You should study the zero-sum game of Freedom versus Security.

Yes, America is much safer today than it was on 9/11 at least from foreign terrorists. The problem we have now is with domestic terrorists, and we all know who they side with.

One thing I know is that people like you think the tyranny of socialism is wonderful. Well, you are getting a good taste of it.

There have always been people that preferred the certainty of authoritarian government to the discomfort of individual freedom. You are one of them.

Mr, Skiper, as the Chair of the SHENCO Democrat Party i would expect you to demonstrate a higher level of maturity and modocum of civility in your response. In addtion you factually incorect — please do your basic homework next time.

He says America is safer today yet at the same time embraces the illegals and imports from terrorist countries. There are none so blind as those who will not see. And who are the domestic terrorists he fears? Somehow ANTIFA and BLM are ignored even though they destroyed government facilities and private businesses, as well as injured and killed working people, all across the country.

Two “p”s and you seem to have lots of issues with “r”s. Please do your homework next time…

I’m not afraid of public school parents or the children they side with.

Good, David! I am thrilled that you agree that the wishes of parents of public school trans kids should be honored by gym teachers. There is hope for you yet!!

As usual you vilify those different from you… people of color, Muslims, gays, trans, immigrants, single parents… anybody who is not a white, rich, Conservative. Typical…

Eric. As usual, you vilify and pervert everything. You couldn’t stick to the reality of an article or comment if your life depended on it.