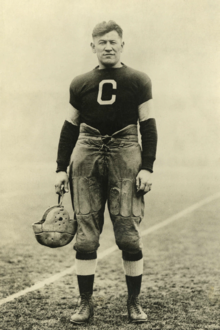 As a  much superannuated veteran of the football wars, I have been amused and entertained by the current spectacle of millionaire pros “taking a knee” on the sidelines during the playing of the national anthem – ostensibly to protest against the country that has treated them so shabbily. One report says the average NFL player’s salary is $1.9 million – that’s per year, for a 16-game season. Well, no wonder they’re protesting. Who could get by on that? It’s an outrage! (Does anyone realize what those gold chains cost?)

All seriousness aside, though, football has been an American spectacle and pastime for well over a century. I played the game in my wasted youth, but not at a very high level. I continued with sandlot football into my early 30s, but finally had to hang up the cleats when I got banged-up so badly in one game that I missed work for two days. (My wife firmly informed me that my “career” was over.)

I was a fan from boyhood. In the 1950s, the Philadelphia Eagles were my team. They had won NFL titles in 1948 and ’49, but they weren’t very good through the ‘50s. As luck would have it, though, when I went away to college in 1960 they reached the title-game. I was home for Christmas vacation when the game was played in Philly. In those days the NFL blacked-out TV coverage within 50-miles from a game’s site, so we couldn’t watch it on the Philadelphia stations – our main TV-access. Fortunately a friend’s TV could receive New York stations, so we watched Norm Van Brocklin and our beloved Eagles beat Vince Lombardi’s Green Bay Packers. The Packers went on to win 5 titles in the 1960s, while the Eagles sank from sight.

The NFL didn’t organize until 1922, but college football was big by the late 19th century. The sport was far different then from today’s passing game: mostly blocking and running; helmets without face-guards; real smash-mouth football. You got three plays to gain 5 yards for a first down. There was little forward passing until Pop Warner’s Carlisle Indians proved its value in 1905. The great Jim Thorpe was one of Carlisle’s players. In 1911 the Indians played a practice scrimmage against a West Point team that included Dwight Eisenhower. Ike loved football and was a good player, but he suffered a career-ending injury in his first season. The setback sent him into a deep depression that nearly ended his military career before it started. Somehow he hung on to graduate, and the rest is history.

Thorpe was the super-athlete of his day. A native of the Fox and Sac Indian nations, he excelled in every sport and had a legendary career. He was a fine football player and track-star for Carlisle. In 1912 he competed in the Olympic Games – winning gold medals in the pentathlon and decathlon. After the Olympics he played major league baseball for the New York Giants, 1913-’19, and pro football for the pre-NFL Canton Bulldogs, 1915-’18. He helped the Bulldogs win three titles. In 1913 the International Olympic Committee stripped him of his medals when it was found that he had played pro baseball in the minor leagues for two seasons before 1912. Strict amateur rules of the time prohibited Olympic participation by anyone who had ever been a pro athlete. In 1983, 30 years after Thorpe’s death, the IOC finally restored his medals.

Jim Thorpe in the Olympics decathlon (1912)

By the turn of the 20th century college football had become so dangerous that a national campaign arose to abolish it. At a time when far fewer players participated than today, the sport produced 18 deaths and thousands of crippling injuries each year. President Theodore Roosevelt convened a national committee to try to save the game by reforming its rules to make it less violent. Among other changes, the committee outlawed tactics like the “flying wedge” – a formation in which a phalanx of blockers linked arms and led a punt- or kick-returner up-field, knocking down and running over any opposing players.

I learned early-on that football was dangerous. Our junior high school team used equipment that probably wasn’t very safe. I wasn’t on the team, so don’t know if they had the old leather helmets. But whatever the gear was, it couldn’t withstand a head-on collision, as happened when a guy from our neighborhood ran full-tilt into an opposing player. Their helmet-to-helmet crash could be heard all over the field. Buddy came out of the game and sat on the bench – a little woozy, but he seemed OK. Then, said a teammate, “Buddy just flaked out.” He went into a coma and never woke up. Two days later he died – probably from a severe brain-trauma. 60 years on I can still feel the shock. I’ve always felt bad about him.

Red Grange, of Wheaton Illinois, was a great player who put the University of Illinois on the college football map in the 1920s. A shifty and elusive tailback with great speed, he routed opponents with dazzling broken-field runs. He gained national prominence in a 1924 game against Michigan University. The favored Wolverines had won a national title in 1923, and were going for another in ’24. Grange returned the opening kickoff 95 yards for a touchdown, and scored three more touchdowns on runs of 67, 56, and 44 yards in the first 12 minutes. On his next carry, he ran 56 yards for a fifth touchdown. Before the game’s end Grange ran back another kickoff for a sixth touchdown. Illinois won by a lopsided score of 39-14. Chicago sportswriter Grantland Rice called Grange the Galloping Ghost.1

Grange gave the fledgling NFL a huge financial boost when he signed with the Chicago Bears in 1925. Thousands of new fans came to see him play. His pro career lasted through 1934, although he missed the 1928 season due to an injury. During my lifetime his was a familiar voice on broadcasts of college football games. He died of Parkinson’s in 1992, at age 87. Friends said Grange was a modest man who credited his feats on the field to God-given instincts and physical gifts. (Obviously it was a much different time.)

College football gradually underwent racial integration through the 20th century, but much more slowly in the segregated South. Baseball great Jackie Robinson, who integrated the Major Leagues in 1947, was a star athlete at UCLA before World War II. He won varsity letters in football, basketball, baseball and track. During the 1950s pro football was finally integrated to let great players like Bobby Mitchell and Jim Brown play in the NFL. The Redskins were the last NFL team to integrate when they signed Mitchell in 1961. 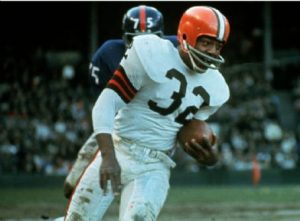 Jim Brown was an outstanding fullback for the Cleveland Browns, 1957-’66, but his entry into the league was not celebrated by all. One of my favorite anecdotes from that time came from Sam Huff, the Hall of Fame linebacker for the NY Giants and the Redskins. Huff was a West Virginia boy whose racial attitudes were, shall we say, “unreconstructed.” He told of a game the Giants played against the Browns in Jim Brown’s rookie season. On the first play of one series, Brown took the handoff and Huff tackled him for a five-yard loss. “You stink, Brown,” Huff snarled, as the play ended. On the second play, the result was the same, with Huff repeating his rebuke more emphatically. “But on third down,” said Huff, “Brown busted off left tackle and ran 50 yards for a touchdown. From the end-zone he yelled to me: ‘How do I smell from here, Sam?’” Huff chuckled at himself as he recalled the valuable lesson he learned when prejudice collides with overwhelming talent. He called Jim Brown one of the greatest players he ever saw. 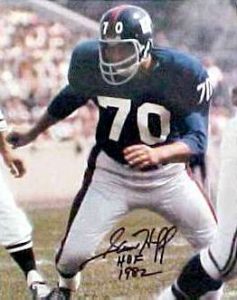 The Redskins became my team when we moved to Maryland in 1964 – the same year when they acquired Sonny Jurgensen from the Eagles and Sam Huff from the Giants. Jurgensen became one of the league’s premier quarterbacks, but the ‘Skins were only mediocre through the ‘60s. In a radio-interview I once heard Jurgensen say, “We could score on anybody, but we couldn’t stop the Little Sisters of the Poor…” The ‘Skins’ fortunes brightened when legendary Vince Lombardi left Green Bay to become their coach in 1969 and took them to their first winning season in two decades. Tragically, Lombardi died of cancer just before the 1970 season.

Lombardi was a colorful character who led the Packers to those 1960s titles. But he had some hidden skills. In his book, Green Bay Diary, which chronicled the Packers’ 1967 championship season, All-pro guard Jerry Kramer related that one of Lombardi’s talents was as a healer. On the Monday after a game, said Kramer, Lombardi would enter the team’s infirmary, filled with banged-up players, and announce in a loud voice: “There’s not an injured person in here!” And sure enough, wrote Kramer, there wasn’t.

Kramer also told how Lombardi’s technical knowledge of the game and his motivational skills affected him, personally. Lombardi had been an offensive lineman, one of Fordham University’s Seven Blocks of Granite in 1930, and he was an expert in offensive line-play. He evidently saw something special in Kramer, so he drilled him unmercifully, far into the evening, every day after regular practice. Kramer said he finally hit bottom one evening after a grueling session with Lombardi. Discouraged and ready to quit, he thought he could never get it right. But as they walked to the locker-room, Lombardi tousled Kramer’s hair and said, “Kid, one day you’re gonna be the greatest guard in the league.” Encouraged and recharged, Kramer went on to live out Lombardi’s prediction in his fine 11-year career with the Packers. 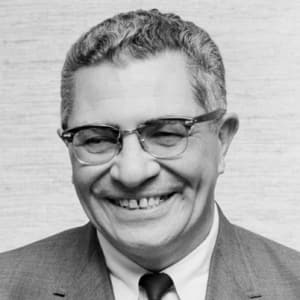 My sons and I happily watched the Redskins’ ramp up in the 1970s under George Allen, and their fabulous run, 1981-’91, when Joe Gibbs took them to three Super Bowl wins. After that golden era, the Redskins fell on hard times under a series of coaches who lacked whatever special dynamic Gibbs brought to the game. He returned to the Redskins in 2004 and brought them some success, but the 2007 murder of his talented safety, Sean Taylor, seemed to demoralize both the ‘Skins and Gibbs, then aged 67. It was the coach’s last season. I always thought Taylor’s senseless death broke his heart. It was a horrible tragedy. 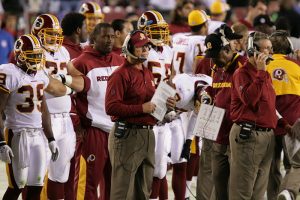 Football exhibits the warrior’s spirit that lies just below the surface of our country, under all our generosity, good will, and bonhomie. Americans prefer peace, but we will make war when necessary – with a ferocity that always surprises our enemies. Football is a window into that essential facet of the American character.

The game isn’t perfect (what is?), and its ranks include characters who range from noble, exemplary and courageous down to fools, varlets and thugs. But football still remains a venue for exhibiting courage, teamwork and perseverance. And it’s a pretty good metaphor for the American character. I hope it can get its act together, at all levels, and keep furnishing entertainment and (relatively) harmless combat that concludes with players shaking hands and leaving the field as respected comrades. 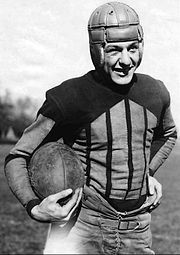