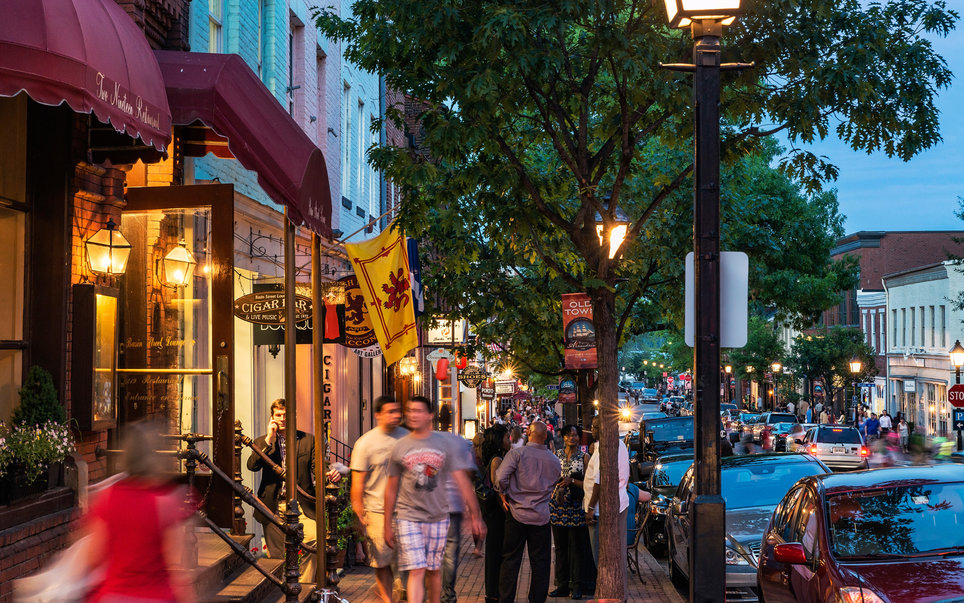 Travel and Leisure has named the 15 most attractive cities in our nation. Many of the cities won’t be a surprise, cities like Honolulu, Hawaii and San Diego California.  However San Francisco didn’t make their annual survey and two cities in Virginia were chosen.  You might not guess which two.

At number 11 is Alexandria,

Just south of Washington, D.C., Alexandria has quietly become one of the region’s most popular destinations thanks to a reputation for good shopping and good eating. This year, T+L readers also noticed the city’s good-looking residents. Many of them work for nearby government agencies and nonprofits. When they’re not in the office, Alexandrians are walking or biking in Old Town, where boutiques and restaurants in 18th- and 19th-century buildings line the bustling King Street. Watch them all go by from a room at Kimpton’s Lorien Hotel & Spa, whose red-brick facade overlooks the historic thoroughfare.

More surprising at number 14 is Norfolk,

For those whose type is men or women in uniform, Norfolk, Virginia, is the place to be. The world’s largest navy base and NATO’s Strategic Command headquarters are there, and the Department of Defense is the city’s largest employer. But Norfolk’s officers and admirals have a soft side too, enjoying a booming arts scene a full calendar of festivals—including annual celebrations of Cajun food, jazz, and wine—and coastal Virginia’s best restaurants.

See the full list of our most attractive cities here along with some beautiful photos of those cities.

Readers love Baltimore for its revitalized inner harbor, and its beautiful historic sites—such as the Beaux Arts Pennsylvania Station, one of 65,000 local buildings on the National Historic Register. But while the city itself is photogenic to the core, Americans think its citizens are less so. Baltimore has slipped down the list from its No. 4 spot, and now has the sad honor of being America’s least attractive city in this year’s survey. Residents shouldn’t take the news badly, though. They’re passionate enough about their hometown sports teams to minimize any potential hurt feelings.

So its people are ugly?  In appearance or in behavior?  Sounds like Charm City needs to add some charm to its people.

Sunday Memes–A hot mic is not your...