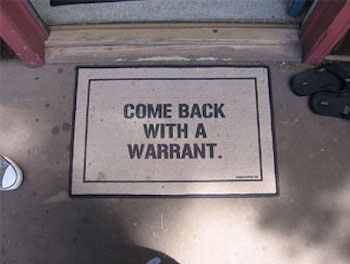 Americans who acknowledge the Constitution as our supreme law — indeed, the fundamental and paramount law governing government itself — are entirely justified in saying that government is the biggest and most frequent lawbreaker in our society — with no close second.

Liberals who instinctively rely on big-government overreach for much of their agenda, and some conservatives perhaps hewed by political correctness and their own adherence to big government, may not agree. However, when adding up the number of daily constitutional and statutory violations by government at all levels, including those that never get to court for various reasons, no entity compares to government in committing illegal acts.

In Utah v. Strieff, Justice Thomas wrote the majority opinion overriding the exclusionary rule under the facts, but it was Justice Sotomayor’s dissent that correctly and repeatedly articulated the government’s conduct was not just “unconstitutional,” “overreaching,” or “lawless,” which are terms more frequently used to describe constitutional violations, but “illegal.”

Edward Strieff was stopped by a Utah police officer after leaving a house that was under surveillance for potential drug dealings. Strieff showed no conduct indicating that he himself had engaged in illegal conduct. Even the State of Utah admitted the officer’s stop of Strieff was illegal under the Fourth Amendment, which reads:

During the stop, the Utah police officer called his dispatcher and received information that Strieff had an outstanding warrant for a traffic violation. The officer then conducted a search of Strieff and found a baggie of methamphetamine on his person. The majority Supreme Court opinion concluded that possession of the drugs could be admitted into evidence over objections that it should not under the exclusionary rule, a judicially created doctrine that serves as both a deterrent and remedy for Fourth Amendment violations by keeping “fruit of the poisonous tree” out of evidence.

As noted well by Evan Bernick writing about the case at The Federalist Society Blog and citing the influential founder Chief Justice John Marshall, a fundamental premise of the American rule of law is that there must be a remedy whenever a right is violated. The exclusionary rule, however, can be hard medicine and not fair to victims of crime, especially depending on the nature of the criminal evidence excluded from trial.

The Strieff case has lessons not just for the Fourth Amendment, but the rule of law over government as well. The majority opinion notes that the exclusionary rule has essentially replaced the historical remedies of tort suits and self-help for Fourth Amendment violations. Those are remedies for trespass. The Fourth Amendment has been construed by the courts to protect privacy, but its history and express language are based in prohibiting government trespasses against our “persons, houses, papers, and effects,” which of course have important privacy implications. But our persons and property may be protected from trespasses even absent privacy considerations, hence the Fourth Amendment protects more than privacy.

For example, a person walking in public may not be held by other people against his will. That is a trespass against the person. A dinner guest at your home may not remove the silverware, your books, computer, letters, pictures, or other items clearly visible to the guest. That would be the trespass of asportation, the removal of personal property without consent of the owner, otherwise known as larceny.

Through the frequent and growing use of “administrative subpoenas,” which are warrants issued by federal, state and even local government officials without prior approval of judges or magistrates, the government trespasses on papers and effects. Courts and legislatures have eliminated the “probable cause” and other Fourth Amendment standards for these judge-less warrants, giving great deference to government trespasses. Federal bureaucrats, state attorneys general, and even police now may trespass nearly at will on a wider swath of papers and effects even where no outstanding warrants exist as they did for Mr. Strieff.

Justice Thomas also notes that a “warrant is a judicial mandate.” English jurist Sir Matthew Hale, a significant influence on the Founders, was even clearer: They are “judicial acts,” he wrote in his History of Pleas of the Crown. This concept was well known to those who drafted and adopted the Fourth Amendment to the U.S. Constitution and its similar original state versions. Judge-less warrants issued by bureaucrats and other executive branch officials violate the separation of powers inherent in the Fourth Amendment, which is a constitutional check on arbitrary trespasses by government absent exigent circumstances justifying the search.

Government violations of the Constitution happen every day across the country. As with the Strieff case, such conduct is properly called “illegal.” Through court opinions and legislative acts, these illegal government acts have supplanted the supreme law over government, and have helped make government America’s biggest lawbreaker.

Administrative subpoenas, though, are used to violate privacy, intimidate the exercise of First Amendment rights (as with subpoenas issued by liberal state attorneys general against climate change skeptics)