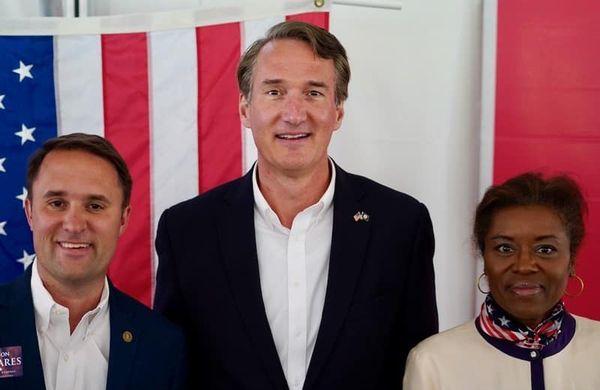 Virginia Republicans hosted an admirable convention on May 8, and they did so on many levels.

For starters, many Republicans who opposed having a convention claimed that a convention would disenfranchise Republican voters. Their claims proved baseless since about 55 thousand Republicans registered to be delegates at the convention. And of those registered delegates, over 32 thousand eventually attended and cast votes. Without question, this was the largest political convention ever held in the Commonwealth of Virginia.

The Republicans required delegates to show a photo ID in order to get their ballots. And contrary to what Democrats would have you believe, not a single delegate was turned away for lack of photo ID. Everyone who wants a photo ID can get one free of charge, so everyone had one. The only individuals who showed but were not allowed to vote, were those who had not properly registered as delegates, and there were very few of those.

Republicans hosted so many voting sites so that no one in the Commonwealth had to drive more than an hour to vote. Many voted a matter of minutes from their homes. It was a very convenient process – which speaks to part of the reason that so many delegates showed up to vote.

The convention also featured Ranked Choice Voting (RCV) so that delegates only had to fill out one ballot. Nor did they have to stay around all day to vote in subsequent rounds of balloting. Voting was “one and done.”

Voting for the Republican nominees for Governor, Lieutenant Governor, and Attorney General was easy. Counting the ballots, took the time.

Because the Attorney General race had the fewest candidates and in order to make sure that the ballot counting teams knew what they were about, The AG race was counted first. Chesterfield Supervisor Leslie Haley came in with the fewest votes (14.08%) on the first round, so she was dropped from contention. The ballots that had marked Haley as their first choice were then divided to the other candidates depending on who was marked as second choice on those ballots. Former Supreme Court law clerk Jack White did not pick up enough votes on the second round to catch up to the other two candidates, so White was dropped from the running after the second round of balloting. As I expected, the race came down to former prosecutor Delegate Jason Miyares and former Judge Advocate General officer Chuck Smith. Miyares held the lead through every round of balloting and won outright on the third round with 51.7 percent of the vote to Smith’s 48.3 percent.

Ballots for the Governor’s race were counted on Monday. Former Roanoke City Sheriff Octavia Johnson went out in the first round, followed in the second round of balloting by former thinktank CEO Peter Doran. Former Army Ranger Colonel Sergio de la Peña went out followed by former Speaker of the House of Delegates Kirk Cox. When Cox’s votes were redistributed to the remaining candidates, Former venture capital CEO Glenn Youngkin got nearly twice as many of Cox’s ballots than did business entrepreneur Pete Snyder. Pete got twice as many as State Senator Amanda Chase who went out in the fifth round.

Chase had told her supporters not to vote for anyone for Governor other than her. She apparently did not understand how RCV works. She also was very opposed to Pete Snyder winning the nomination. Thus, I found it interesting that while 26 percent of her voters did not put down another choice, 39 percent of her votes went with Pete Snyder. The other 35 percent chose Glenn Youngkin. In the end, Youngkin’s lead throughout the balloting process for Governor was just too much for Snyder to overtake.

Finally, on Tuesday, the count for Lieutenant Governor moved from six candidates down to Delegate Tim Hugo and former Delegate Winsome Sears. Sears won with 54.4 percent of the vote. All in all, it was an excellent convention, and it elected some excellent nominees to run for statewide office in November.