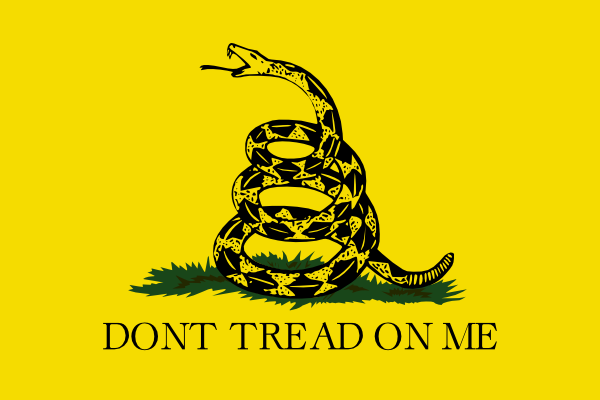 An Inconvenient Truth about Guns and Violence

One great thing about being a radical liberal (or even a liberal Republican, whatever exactly that is), is that you donâ€™t ever have to use facts.

But even by that standard, former mayor and current member of the Falls Church City Council, David Snyder, in his anti-gun screed in the Falls Church News Press, â€œTime for Insanity to be Replaced by Reason” (January 7th), uses not even one verifiable fact whatsoever; only emotional hyperbole. In his hyper-emotionalism he doesnâ€™t even pretend to advance answers, only vague generalities.

Since Snyder is a self-styled Republican, at least from time to time, his thinking is a good example to illustrate the state of the current gun debate. His emotion based reaction typifies the President and the left-wing mindset not only as it reflects their dismissiveness of the Second Amendment, but their growing willingness (as shown by the current and last U.S. Attorneys General and the current Virginia Attorney General) to set modifiers around the the Bill of Rights generally, especially the First Amendmentâ€™s freedom of speech and religion, and the Fourth Amendment.

To briefly review, Snyder asserts centrally, without support that, â€œwe keep failing to provide adequate regulation of guns and the killings mount.â€

Sorry, that actually is wrong. Violent crime in the U.S. has been falling for over a decade, while at the same time firearm ownership has increased dramatically.

While the U.S. has a murder rate of 4.7 per 100,000 (111th in the world, out of 218 countries) the majority of those murders are concentrated in liberal-Democratically run cities with extremely prohibitive gun laws (such as Washington, D.C.). Letâ€™s review:

The truth is that the vast majority of America outside these cities, is extremely safe, by any standard or measure in the world.

This is evident right her in the greater Washington Metro area. Washington, D.C., with a population of about 650,000, had 213 murders in 2013 while much larger Fairfax County, 1.1 million, where guns are readily and legally available (and concealed carry permits are issued to responsible citizens), had only 8 murders.

Tragically, the vast number of firearm murders in the U.S. are due to drug and gang activities in inner cities that have draconian gun laws. Even more depressingly, minorities make up a majority of the firearm murder rates. No one seems to care about that, however.

Drug and gang activity are clearly the core reason for murders in this country; yet all we hear from emotionally driven politicians like Obama and Snyder is that we need more regulation on law abiding citizens â€“ not the people who would never, and do never, obey the law in the first place.

[This even tracks across to the school and theater shootings weâ€™ve had – setting aside Islamic terrorism as in Fort Hood, Tennessee, and recently California – which, as tragic as each event is, remain extremely rare. Almost every single incident has involved the use of powerful, psycho-therapeutic drugs and dark lifestyle issues.]

If the President, Snyder and the other radicals were sincerely interested in gun violence in the U.S., they would not be attacking the Bill of Rights, theyâ€™d be advocating and proposing ways to attack the gangs and drugs in the inner city and the rampant drug use in the suburbs that supports that drug business â€“ not to mention proposals to reverse the destruction of the family unit and the loss of the civil community in our inner cities.

An Inconvenient Truth about Guns and Violence was last modified: January 11th, 2016 by Michael Giere

The progressive left has a significant second amendment problem and have had it for decades. To that extent nothing has changed much during the Obama administration except for two significant issues; (1) Obama as the countries’ chief executive is willing to engage in unconstitutional acts via executive orders to remove rights and more significant in my opinion, (2) elected Republican Congressional members that have traditionally served as a significant opposition to these attempted seizure of rights have become bystanders if not outright enablers of his actions in conjunction with an Obama stuffed Federal court system that have openly become judicial activists on the gun rights issue. The right to bear arms debate has moved under Obama and this court system way past the statistical representation and distribution of gun violence acts in the United States and is more openly represented today by the left’s constant refrain that they donâ€™t particularly like or understand the country they live in, especially that part created by the founders who distrusted government and sought to limit it by protecting certain essential individual rights, including gun ownership.

This is just one more example of the unwanted constraints they feel are placed on them by our founding document and yet one more flagrant attempt to create out of specific constitutional text yet another BIG misunderstanding regarding the black-and-white guarantee of the right of individuals to own guns. After all if you can convince the general public, the peoples’ elected representatives and the Supreme Court that the right to abortion and gay marriage are fixed in the Constitution (somewhere yet to be discovered by the way) then of course you can trust them that the plainly written constitutional text is NOT really a black-and-white guarantee of the right of individuals to own guns but just a big misunderstanding. Think about it for a second and you come to realize that what has really changed is not gun rights opponents slavish attachment to removing a constitutional right from the American public but the Mitch McConnell’s and Paul Ryan’s standing by quietly with hardly a squeak of protest let alone an act of budgetary reprisal (after all they gave that away already) while the Obama administration engages in these unconstitutional acts. The one thing that I believe can be counted on here is given the Republican surrender regarding constitutional governance this will likely NOT be the last gun related right withdrawn from the American people in Obama’s remaining eleven months in office. After all who or what is going to stop him?

Well done, MG. You’ve scored the metaphorical touchdown, now I will kick the extra point.
Having taken up residence in Realville decades ago, I abide by the truth, I drink its waters, and am refreshed by its soothing intellectual qualities. The truth can never be racist, bigoted, anti-Semitic, or nativist. In this particular case with gun violence, the truth reveals a YOOOOOGE demographic disparity between black and white men, with young black men committing violent crimes at anywhere (depending on the year) three to five times the rate of young white men. Why? Well, it just so happens that the rate of out-of-wedlock births among all black Americans is about three times that of the white rate. An inconvenient truth, indeed, for the white progressive, who must always fall back on his or her mantra of “institutional racism,” or the latest fad, “white privilege.” The fact is that white men over 30 commit very few crimes and we need not be targeted by progressive gun-grabbing/disarming schemes. In fact, we will never allow that to happen.

If you watch the exchange between Taya Kyle and Obama at the gun-control town hall, you’ll see Obama stumble a bit when he challenges her claim that crime has gone down in areas where gun ownership has increased.

The key moment is when he says crime has NOT gone down in “some” of those areas, and you can see he knows which areas those are — the ghetto and the hood — areas his administration has abandoned to their fates, because Obama himself gave up on them long ago. As has been said elsewhere, we need to start political poaching in those areas.