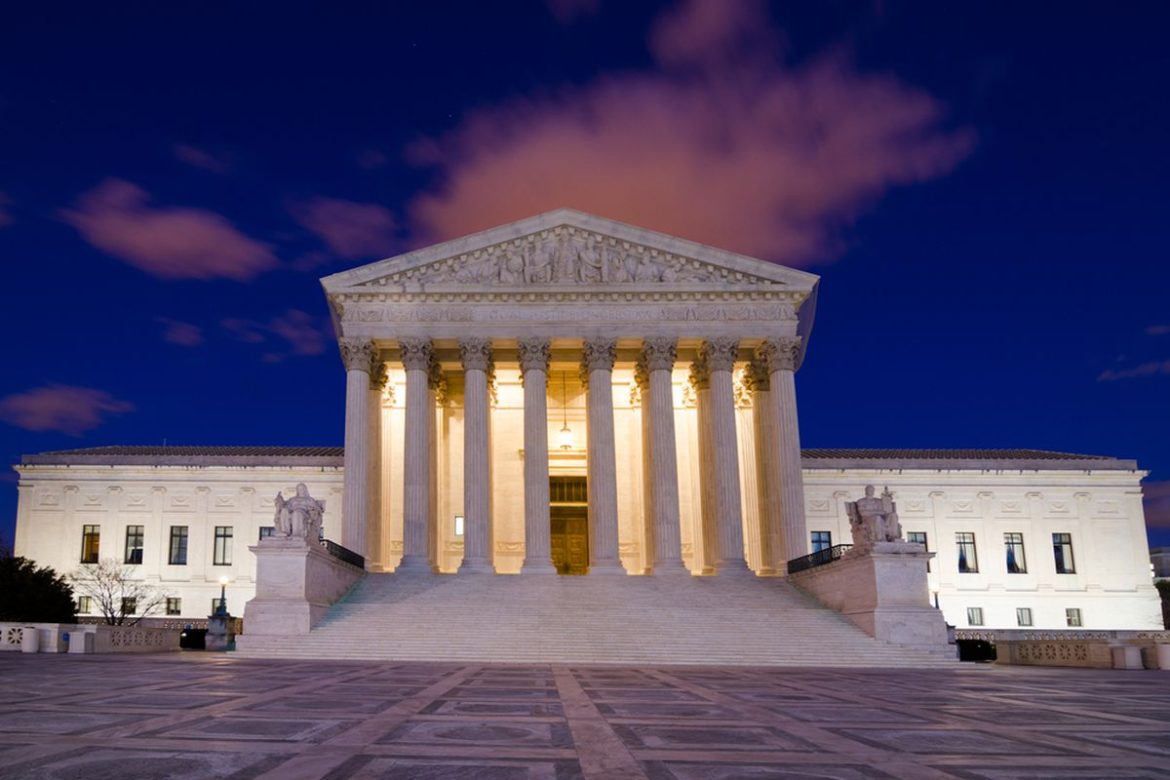 Article III of the Constitution defines the role of the Judicial Branch of the federal government.  The following are selected quotes from this Article that apply to the situation affecting the 2020 national election.

The judicial Power of the United States shall be vested in one supreme court, and in such inferior courts as the Congress may from time to time ordain and establish. The Judges of the inferior courts shall hold their offices during good behavior.

The judicial Power shall extend to all cases, in law and equity, arising under this Constitution, the laws of the United States, and treaties made, or which shall be made, under their authority;— to all cases affecting ambassadors, other public ministers and consuls;— to all cases of admiralty and maritime jurisdiction;— to controversies to which the United States shall be a party;— to controversies between two or more States;— between a State and citizens of another State,— between citizens of different States,— between citizens of the same State claiming lands under grants of different States, and between a State, or the citizens thereof, and foreign states, citizens or subjects.

When the Supreme Court came up with an excuse to avoid hearing the Texas/Trump complaint, it undermined its own judicial power and constitutional authority.  The appearance is that it did so to avoid the politics of the 2020 election.  Unfortunately, because of this decision,  it not only managed to insert itself into politics but did so in a way that diminished the Court.

The Supreme Court came up with a Pontius Pilot type of argument to wash their hands of involvement in such a messy election.  (Apparently, this momentous squabble between states and political parties wasn’t important enough for the judges to be “The judicial Power of the United States”.)  Sadly, they rejected being the protectors of the Constitution and the final arbiters of the law.

The Supreme Court has given into the tyranny of the moment, or more appropriately the tyranny of complexity, convenience and avoidance.  They might have considered what Thomas Jefferson said, “I prefer dangerous freedom over peaceful slavery”.  Jefferson was speaking for a new and hard won America and the very Constitution that established the Supreme Court.  The shame is that this version of the Supreme court appears to speak for neither.