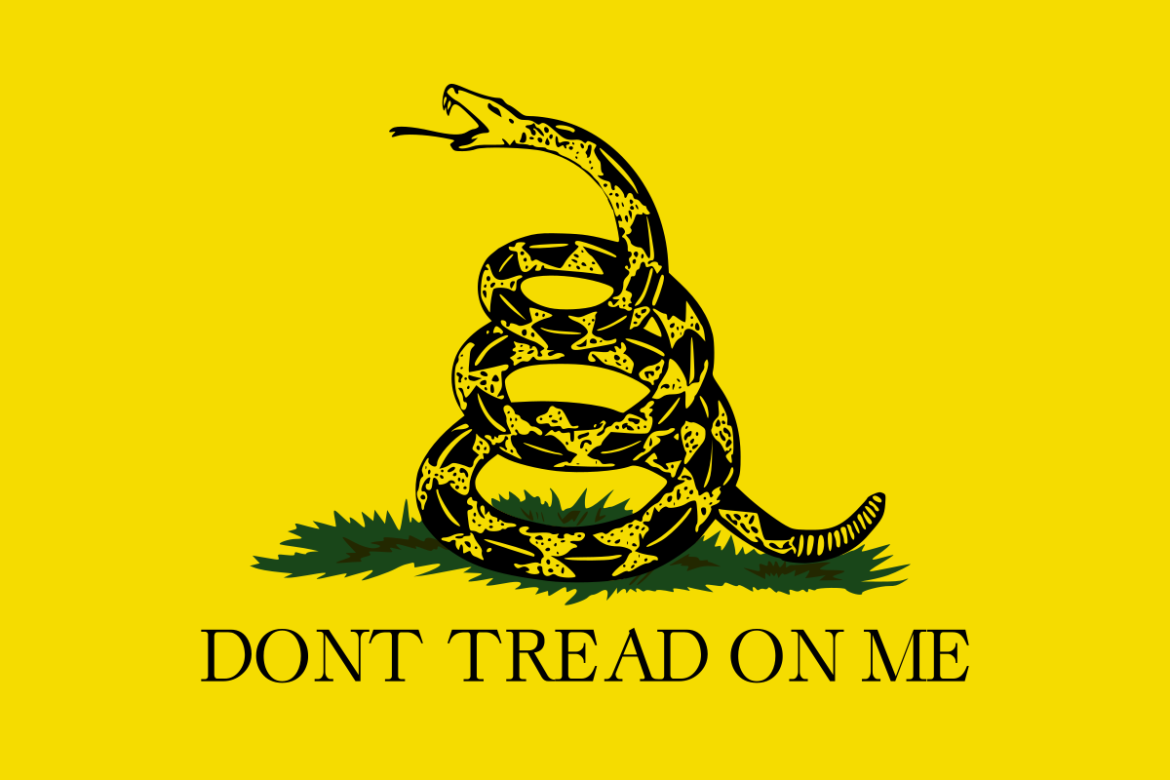 An Open Letter to ‘Blue Virginia’

An old Chinese proverb goes ‘Never answer a letter in anger, and never make a promise in the midst of joy.’ I waited a good day and a half to write this.  I want to congratulate Democrats on pulling off the impossible: actually showing up.

Not to mention you stuck together as a united ticket. And in the face of the revelation that Northam voted for George “W’ not once, but twice! I mean, if we learned one of our standard bearers had voted for Bill Clinton twice we would…um; yeeeahhh, never mind. Back to “Winning!”

I am a conservative. I don’t spend all day listening to talk radio, wearing tin foil hats or hoping we could all go back to the 1790’s. I am a human first. I cringe at the idea of people getting hurt. The truck ad put forth by Latino Victory Fund was pretty outrageous, but it’s not the first time the charge of racist or extremist has been gratuitously hurled at my kind. I’m going to add that the “Tea Party” reference – the Gadsden Flag to be exact – is a symbol of love and respect for the little guy and individual rights. How this became misconstrued is absurd. Half of my friends are either liberals or ‘blue dog’ Democrats and I LOVE it that way. It keeps me grounded. Ideas are worthless if they can’t stand scrutiny.

Immigrants are the salt of the Earth. A son of immigrants just got his ass handed to him because you wanted to make a referendum on the man in the White House. And no, I’m not talking about Ed Gillespie – who was far from deserving of the scarlet T he was branded with. I’m talking about Delegate Ron Villanueva.

Ron, a longtime leader in the local Filipino-American community, was unceremoniously trounced by a startup candidate out of left field who was a virtual ghost on the local campaign scene.  He was targeted because he had an “R” by his name. Endorsed for the 21st district by the local Chamber of Commerce, the urban-progressive leading Virginia-Pilot, and several local charity organizations – Ron received the 2nd highest score of a Republican from the Sierra Club. He just survived a Tea Party challenger who thought he was too liberal. Yet he was slammed in ads as a “Trumpist.”

Rocky Holcomb, whose best friend is black and also the Godfather of his children, was the target of gutter-level attacks literally referring to him as ‘Racist Rocky’. He lost the 85th by a hair. It is been all out civil war among the Republican party here in southeast VA, which may make you happy, but let me remind you that the overwhelming majority of us are fighting against racism and support equal rights. We want people to make their own way instead of having their hands held by the state. Teach a man to fish.  The party of Lincoln is still here.

Yet, I still see the Democrat Party directly blocking our attempts to outreach to minority communities. Mark Warner once told me “No political party owns a monopoly on patriotism.” Conversley,  no party owns a monopoly on diversity. Let’s not pretend that LGBT constituents aren’t shamed into supporting democrats. A gay republican friend of mine was bullied and questioned if he was really gay. Tim Scott, the first black Senator from South Carolina since Reconstruction,  was called an ‘Uncle Tom’ because he was a Republican.

Let’s also not pretend that this caustic attitude would be much different under a President Romney or Rubio.  Virginia does have a history of voting for the losing party of a previous presidential election. Yet when (insert any Republican candidate) is running these days he is presented by your party as the worst human scum to walk the earth. The Hitler comparisons are wearing thin. Romney was a good man that you disagreed with and he was portrayed as Ebeneezer Scrooge.

I’ll tether this to one final precept. Not all of us agree with Trump or his ridiculous tweets and pompous behavior. We simply feel he was the best candidate at the time given the direction the country was heading. Constantly turning every issue into an accusation of racism is accelerating the dumbing down of America. Conversely, our side claiming Democrats are communists or socialists because we disagree is equally nauseating. You can call Tuesday collateral damage but remember I have seen countless Republicans post throughout social media, and a shared sentiment is that now they want to ‘resist’ and the model is a vicious cyclical déjà vu of the past 8 years.

The Virginia way, as McAuliffe and McDonnell before him, proved, is about embracing intellectual thought over group think and doing what’s right. Bipartisanship is not sending one side to the ‘kiddie table’ while unfounded accusations fly in the face of logic. I look forward to us moving forward as a state.

Some of this I agree. But if you think there is some middle ground that you can share with far left democrats, you’re not reading the same comments from them that I do..better yet, name me a major issue where there’s any agreement…

Ok, I’ll give you one…but it would require tax increases, or more debt, or both…not necessarily that conservative..

Dylan,
Yes I agree.
Also I have talked with many in or involved with our legislature over the past 7 years about the Employee Misclassification and the unlicensed contractors and they do understand as I know the contractor issue is not as big as just not having a license but as the shadow economy it provides the employees under that contractor ( No VEC Accounts). This is the time to end this in Va. and with a follow-up of the McAuliffe Administration I truly believe it can be done. Republicans have to come on board to end this form of Santuary Employment, labor exploitatation or just plain job loss. There are different ways to call it but it can be done.
I still think Virginia is the best State in the Country and we should desire to set the standard and end fraud. There is nothing to loose by doing things correctly.

THE MIDDLE GROUND is to treat all people equally and respectfully, including to recognize histories of UNEQUAL and DISRESPECTFUL treatment that must by remedied. Republicans would win every election if they understood that.

As predicted, the losing side (unfortunately our side ) begins with the “gracious” outreach. When will we learn? The Democrats don’t care that many good people were turned out in this wave. Here in NoVA, true patriots were tossed. These were veterans who had served their countries in both war and peace, and long served their communities as their elected delegates. Another was tossed because of his social conservatism, ignoring the fact that he was rated highly in constituant services. They were tossed in favor of “firsts”. First Latina women. First transgender. As far as depicting the winners as “communists” or “socialists”, this charge rings true in the 50th, which tossed a military veteran, former police officer, local businessman with long and deep ties to the community he represented, in favor of a declared member of the American Democratic Socialists Party, who has lived in the district for less than a year, and hasn’t served the community he now represents in any regard beyond “social activism”.
I won’t waste my time wallowing in nostalgia of some imagined past time where the “Virginia Way” prevailed. The Democratic Party of Virginia doesn’t value this, and due to the success of abandoning this notion, maximized the effects of the natural trend of Virginia favoring the party out-of-favor in Washington. I will resist with all the political means at my disposal. They’ve won the right to govern, but that doesn’t mean we need to make it any less difficult than they’ve made it for Republicans in Washington. I will not accept the representation of those so diametrically opposed to everything I believe in.

#LoveWins. Our message of love resonates with our loving voters who hate you all and everything you stand for.

Now learn to pay more in taxes and be called bigots if you complain.

I feel as you do.. My district lost 2 veterans with a combined 25 years public service so angry democrats could vote in 2 inexpienced outsiders with $ from california and Hollywood. Here in my city delegates who last typically win by double digits and are loved by constiuents were far better servants than the transplants who won. This message is for those on the other side to just reflect what they did and make sure they’re cool with it

Now the newcomers will have the chance to give 25 years of service, that’s how it starts.

AND, so, how come your ‘2 veterans with combined 25 years of public services’ had not spent a lot of those two decades really getting to know poor people, people of color who are not prospering not for lack of trying, sick people without health insurance, young entrepreneurs struggling with education debt, people sickened by pollution, unsafe work places, etc …. hummmh? …. because they would still be in office, wouldn’t they?

They did all those things and more

Glad to hear that. Perhaps because R-Republicans – generally, from the Top Trump, and down – have made it impossible to see that good work of individual local R-Republicans?

Nothing gracious about the way Ed ran his campaign. Tacking hard to the right and running ads full of racist dog whistles.

But you can pretend that your side is gracious if it makes you feel better.

Boo hoo man. You lost. People were sick and disgusted by the way your party ran their main campaign.

What a load of divisive virtue signalling from top to bottom. Maybe you should have waited a few more days.