Anatomy of a Four Letter Lie 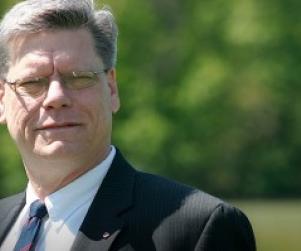 How did so many Virginia Republicans come to believe something that is not true about party Treasurer Bob FitzSimmonds?

If you’re a Republican activist in Virginia, by now you’ve probably heard about the scandal surrounding RPV Treasurer Bob FitzSimmonds’ reply comment on a Facebook post last week discussing Del. Barbara Comstock’s run for the nomination to replace retiring Rep. Frank Wolf (R-10th). This post is about WHY you’ve heard about that Facebook comment (the scandal we’ve dubbed “Twaddlegate”). It’s not what you think. In fact, you, the press, and many Republican leaders have been lied to.

To hear some Republican leaders tell it, Bob FitzSimmonds is the worst kind of vile, sexist monster that we could ever imagine in public office, much less in a position of responsibility in our party.

So, what terrible and vile calumny caused such swift and widespread opprobrium? A commenter on the Facebook post in question had made the argument that voters, especially women, should support Comstock as the woman candidate in the race. “I also think women are going to be very frustrated about about [sic] a man trying to usurp Barbara’s position in this race,” the commenter wrote, among other things. Bob FitzSimmonds thought that wasn’t a valid argument. Indeed, he took exception to the gender-based sentiment, and said, “I have nothing against Barbara Comstock, but I hate sexist twat.” That’s right. He used the t-word. FitzSimmonds later explained that he was searching for a “twa-” word to describe a silly or unserious statement. He was looking for “twaddle,” but fell short in the dictionary department:

In an e-mail, FitzSimmonds said he thought the word he used had the same meaning as “twaddle,” which is defined as foolish speech.

“The minute I found out my error, I deleted the post and apologized,” he told Pilot on Politics. “I don’t use that kind of language.”

“Also to be clear, ” he added, “my post was not about Barbara Comstock. It was relating to the sexist stereotypes being used by the woman posting.”

A short while after his post, after several people pinged him to alert him to what he had done, a mortified FitzSimmonds removed his comment, and posted the following apology in the same comment string:

I posted something earlier and used an inappropriate word. I would not have used such a word deliberately and I apologize for anyone who was offended. I was trying to say that I don’t appreciate sexist stereotypes and apparently used one myself. I have removed the post.

Does this sound like he’s calling Barbara Comstock that vile name? Is the syntax consistent with deployment of that particular vulgarity? Is the context consistent with it? Clearly not. Certainly such a mistake is unhelpful, to say the least, coming from an elected GOP official, but given the context one would have expected that folks might have had a few laughs at FitzSimmonds’ pious naivete (and maybe his friends would have advised him to rethink how important Facebook is to him).

So how did this innocent mistake turn into dozens of news articles and blog posts across Virginia? It was the product of a lie propagated by people wishing to weaken and disadvantage Bob FitzSimmonds and his political allies, and who (as we detailed here) oppose the so-called “Cuccinelli crowd” on RPV’s State Central Committee and their devotion to nominating candidates by party-run conventions rather than government-run primaries.

An example of the lie? Here’s an email that had its genesis in the 7th Congressional District, the epicenter of political opposition to movement conservatives who favor grassroots empowerment in party nomination contests:

This email requires our immediate attention and action. Miki Miller, VFRW President, and Brenda Rogers, VFRW 7th District Representative, and Lynn Hamilton, President of the Hanover Republican Women’s Club, are asking for Mr. FitzSimmonds to resign. Based on the facts provided, I concur with these ladies.
Call to Action:

Bob FitzSimmonds is the treasurer on the Republican State Central Committee. He posted on Facebook “Barbara Comstock is a sexist twat”

Neither Republican Delegate Barbara Comstock nor any woman should be attacked in such an offensive way. This behavior by Mr. FitzSimmonds is irresponsible and I am writing him and Chairman Mullins to ask for his immediate resignation from the State Central Committee.
…
Thank you, Brenda Rogers
VFRW Seventh District Representative

(Emphasis added). Well, if FitzSimmonds had actually deployed the t-word in that way, the outrage would be understandable. But he didn’t, and unfortunately lots of people did not take the time to investigate and find out the truth for themselves. Instead, we got a cavalcade of GOP officials tripping over themselves to denounce “comments” made on Facebook to which they had obviously not given personal attention.

In calling for his resignation, GOP leadership in the House of Delegates said, “The comments made recently by Bob FitzSimmonds are offensive and have no place in mainstream society or our political discourse.”

Chairman of the College Republican Federation of Virginia, Elizabeth Minneman, chimed in by calling it “hateful speech.”

Del. Chris Peace (R-Mechanicsville) went as far as to publish an open letter to RPV Chairman Pat Mullins in which he says that he finds “sexism such as this deeply disturbing.” Peace went on to request that Mullins seek “formal censure for his lewd and lascivious conduct.” (Emphasis added). 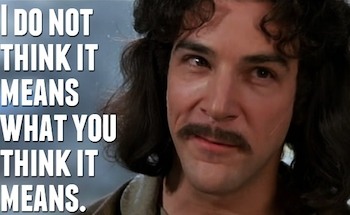 “Lewd and lascivious”?? Really?!? I do not think those words mean what Del. Peace thinks they mean.

Clearly these folks haven’t actually looked at the facts, and instead they must have relied on people they trusted to interpret the issue for them. And we totally understand the desire to kill unforced errors in the equally fraudulent “war on women” perpetuated by the Democrats. But can any reasonable examination of this incident seriously conclude that Bob entered the neighborhood (or even region) of a Todd Akin or a Richard Mourdock? For goodness sake, HE WAS ARGUING THAT BARBARA COMSTOCK IS QUALIFIED ON HER OWN OBJECTIVE MERITS—IRRESPECTIVE OF HER GENDER! That he did so in such a clumsy way may be testament to our need to have leaders more in touch with modern vernacular, but it’s certainly not evidence of “lewd and lascivious conduct” or “hateful speech” or “abusive rhetoric” or any sort of offensive attack on a Republican woman.

[Interesting side note: FitzSimmonds also apparently supports Comstock for the 10th district nomination. You’d not know that from ANY of the other coverage of this issue, because that really calls motives into question, doesn’t it?]

To the extent this incident proves a liability for Republicans in the public eye, it is only because some Republicans–in a carefully orchestrated, consultant-driven campaign–twisted and manipulated it for their own political gain. The people so eager to burn Bob FitzSimmonds didn’t realize (or didn’t care) that their political flamethrower wasn’t a precision weapon, and would unnecessarily burn the rest of the party at the same time. If we have to deal with Democrat fundraising appeals referencing this tempest in a teapot, it’s because of the blinkered hatred by some Republicans of their intraparty rivals, not because of Bob FitzSimmonds.

So, in the spirit of calling on fellow Republican officials to do official things, we call on each of the GOP leaders who rushed to condemn behavior they had not personally examined to now set the record straight. Do what Bob FitzSimmonds did and realize your error, and then retract it. After that, be careful whose word you trust when it comes to things like this in the future. For those that don’t wish to do so, at least try and be honest about what motivates your statements. It’s not defense of Barbara Comstock, who is plenty capable of defending herself. It’s all about opportunistically attacking an intraparty opponent, regardless of the consequences to the rest of our party. Burning down the house is no way to “win.”