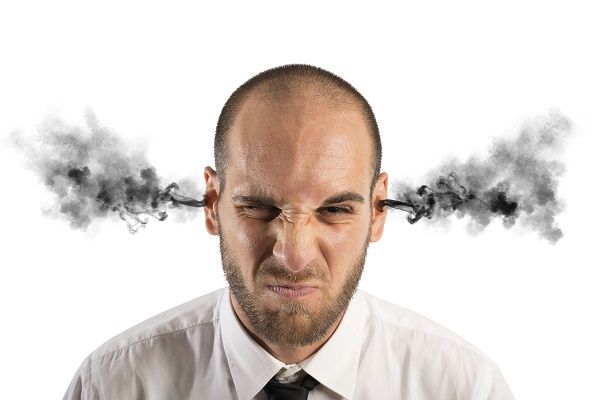 What makes a significant percentage of the population so motivated to support Donald Trump?Â  After all, he has been back and forth across the Democratic and Republican fence on issues countless times. He has said some things that are difficult to explain with confidence or without some level of deflection and has absolutely no elected-office record to point to.Â  I started thinking about this months ago.Â  I wasnâ€™t looking for reasons to NOT vote for him over my preferred candidate, but I was trying to figure out what exactly it is, deep inside of me, that has actually been a little drawn to him as a candidate.Â  Unfortunately, what I have discovered in me has only brought about more soul searching and a despondent realization that I am angry.Â

This is not the type of anger you have just before a fistfight, but the more drawn out, coolheaded, kind of anger thatâ€™s been building for years.Â  Itâ€™s like having a neighbor that paints his house orange and it looks terrible, and you have to look at it every day. We all know the difference between these two.Â  Regretfully, I have serious doubts that Trump will quench the anger I possess if he does win.Â  But I can hope!

I would like to share my anger story with you as therapy for my troubled soul.Â  After all, Iâ€™m a â€œFixerâ€ and I need to fix this within myself; and all the books say that this is my step 1 of 10.Â

First, I am angry that I have no idea what tomorrow, or next year, or ten years from now will bring.Â  All predictability is gone.Â  The continued existence of any given industry, interest rates, Social Security, healthcare, inflation, education costs, gun ownership, fuel costs, privacy, retirement accounts, race relations and the list goes on.Â  The path that we are on is frightening and we have no idea where the path leads.Â  There is no discernible or predictable trend on most things like there has been in the past.Â  Uncertainty and conflict appear to be the only sure-things for us.Â  Â

I am angry that the majority of media has failed the American people.Â  The lines between opinion and fact no longer exist in most media outlets.Â  We see the divergence of fact and fiction with our own eyes, as only the manipulative attributes of the story are focused on and reported upon.Â  Spin and exploitation are now the norm.Â  Trust decreases with each article I read as â€œNewsâ€, but come to realize that itâ€™s simply a hatchet piece pushing the personal agenda of the author or his puppet master.Â  The mediaâ€™s power is significant and unfortunately itâ€™s being used to push fringe agendas that are prefaced as being commonplace or widely accepted by a majority of the population.Â  I now know better and Iâ€™ve made it my job to point out the rest of the story as often as Iâ€™m able.

I am angry at being called a racist, social elitist, an â€œenemyâ€, a â€œdeplorableâ€ and countless other antagonizing names over the past 8 years, simply because I disagree.Â  My disagreement is with the fundamental changes or policies being pushed or allowedÂ to be pushed upon us by a controlling majority of our current elected leaders.Â  I hold no ill-will against anyone based upon their color, nationality, political party, religion, or any other identifiable trait.Â  Yet, my opinion has been mocked, scowled at, and largely discounted because I disagree or consider myself conservative.Â  And what is the natural human emotion to have when someone calls you an â€œenemyâ€?Â  The feeling is naturally reciprocated.Â  How do I trust someone when he has declared war on me, my family, and the lifestyle that I wish to maintain?Â  The answer is I donâ€™t.Â  Â

Iâ€™m angry at our current elected officials.Â  Angry because they fight conservatives more than Democrats.Â  For failing to fight against this unsustainable path that we appear to be on.Â  Is $30 Trillion in debt OK and healthy for America?Â  Because we will be there soon.Â  Why canâ€™t we find more conservative leaders that can message the issues effectively to America?Â  What happened to a budget?Â  Donâ€™t talk down to me, donâ€™t sugar coat it, and donâ€™t you dare lie to me.Â  Give me a complete, truthful, and matter-of-fact dialogue and I will be your biggest advocate.Â  And please understand that your default approach should be to push decisions to State and local governments where individuals have more influence over their own governance.Â

Iâ€™m angry that more politicians donâ€™t have a basic understanding with Human Nature.Â  We are flawed beings and have been making the same fundamental mistakes for thousands of years.Â  Just remember that the 10 Commandments were written for the people of that times (and now)â€¦ and you can deduce for yourself what was going on that prompted their creation in the first place.Â  Itâ€™s not difficult.Â  Just look at EVERY decision you make domestically and internationally and figure out what the most basic human reaction or motivation is to whatever the decision happens to be.Â  Acknowledge that people typically think of themselves first. That will get you started in the right direction.Â  Itâ€™s not hard, but requires you to think a little more critically.Â

Iâ€™m angry that the American dream is slipping away, bit by bit, perpetuated by those that wish to be more like Europe, or who tragically believe that we can create Utopia if we just take away more money from the rich and give it to the poor.Â  Society shuns those that work long hours or perform physically demanding work.Â  We discount the importance of Trade schools because of the false notion that a college education is the only path to success, or that without it you are not â€˜smartâ€™.Â  We are raising the next generation to be more dependent, more opinionated, yet less involved, less accountable, and less masculine or feminine than ever before.Â  We memorialize participation over achievement.Â  We promote entitlement without basis.Â  We strive to build self-confidence absent achievement.Â  We change the definitions of words to change the past.Â  I want fairness.Â  I want opportunity.Â  I want a colorblind society.Â  But I want it based upon truth and reality.Â  Sometimes the truth does hurt and itâ€™s often the best catalyst to change for the better.Â

Lastly, Iâ€™m angry that so many people now cannot have a civil conversation if they disagree.Â  Iâ€™m not sure when this actually started, but I am confident that a president telling his followers to â€œGet in the Faceâ€ of family members at Thanksgiving dinner was part of an opening salvo.Â  This tactic worked for a little while, but we are not a community seeking to be organized against an unpopular city ordinance.Â  We are a large and diverse country inhabited by individuals that reject someone trying to manipulate our opinions or shut down our voice.Â  With experience, we have become comfortable with our dissent and our status, and we have a candidate that is willing to take the gloves off.Â  We like that this candidate speaks his mind and is willing to pull out all the stops to get his message across.Â  He isnâ€™t perfect or the most articulate, but he continues the fight despite the vitriol that erupts from the fringe.Â  I wish more candidates had this quality within them.

So where does this volume of anger leave me?Â  Iâ€™ve sharpened my mental and emotional saws.Â  I own a few more boxes of ammo.Â  And I have accepted that we have a ton of work to do.Â  I also know who I must vote for and Iâ€™m at peace with it.Â  While I have lost some friends over my transformation into comfortable dissent, I have gained countless others who feel as I feel.Â

Smart, family oriented people who care about the future they are forging for their children.Â  They can see that we have been led astray.Â  Meeting so many of these people has been therapeutic and reassuring.Â  We are the good guys and the bedrock of this country.Â  Regardless of who wins, we will get through this and continue to fight.Â  Iâ€™m using my anger to get better and get involved; and whether you like Trump or not, please join the fight to Make America Great Again.

Clay Forehand is a Caroline County Supervisor representing the Madison District. He lives in Ladysmith, Virginia.