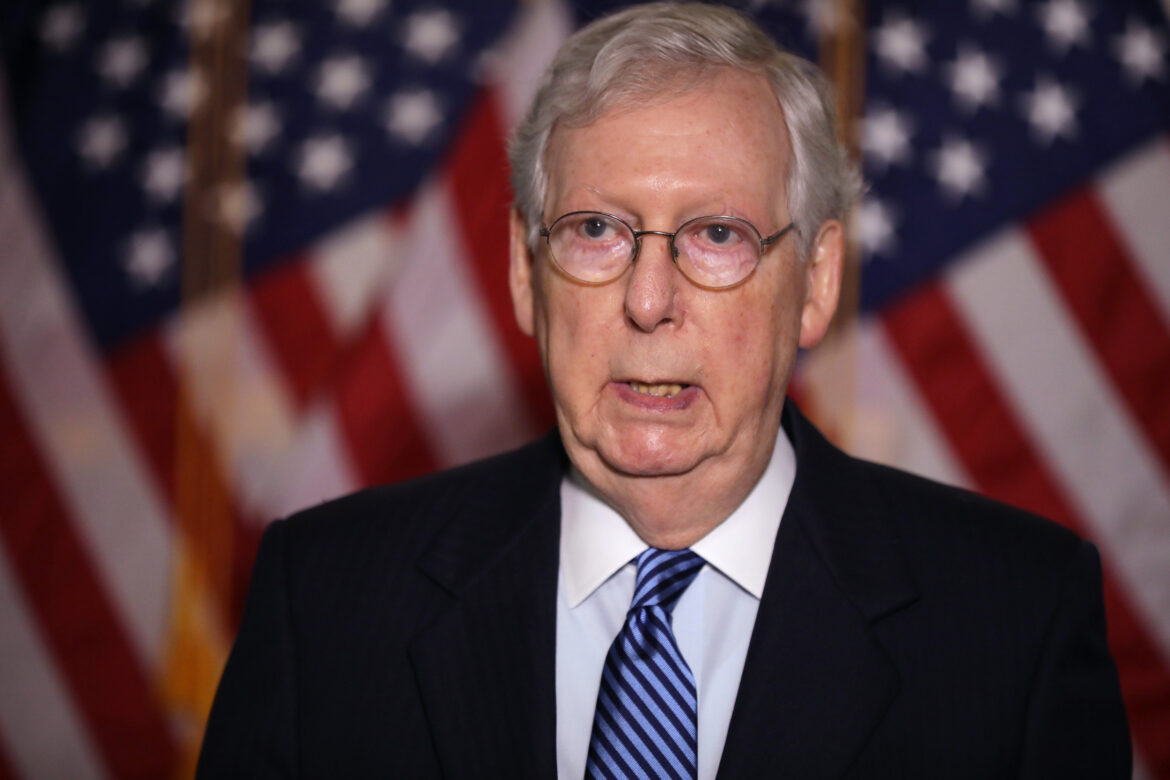 Just recently, the Republican senatorial leadership negotiated yet another gun control deal with the Democrat senatorial leadership.  Not unexpectedly, the result was another failure allowing the Democrats to claim victory and the Republicans to look disorganized, defeated and ignorant.  Let’s look at what happened because it happens all too often and has become one of the reasons that so many middle-of-the-road Republicans no longer trust or support the Party.

The most obvious failure was allowing the Democrats to define the problem.  They, of course, immediately jumped to their ever-present gun control agenda.  The problem, however, based on the Uvalde child massacre, is safety in the schools.  The Republican leadership did not challenge the Democrat agenda.  School safety was secondary in the legislative debate.  (Oh, I am sure, that I will be challenged on this statement but I would ask how many times did you hear the focus is on school safety.  I sure didn’t hear it very often from our legislators.)

Another obvious failure was never challenging the obvious that not one Democrat senator voted against the gun control legislation.  This unanimous lock step voting is a consistent tactic of Democrats to exert maximum political control of a situation. Fourteen Republican leaders voted for more gun control and against their constituency’s concerns about another socialistic power grab.  I ask, why would Republicans trust their leadership when it is obvious that their leadership doesn’t trust them.   (It appears that elements of the legislation are unconstitutional based on recent Supreme Court decisions which essentially invalidate red flag laws requiring proof of innocence and allowing unchallenged confiscation of personal property.)

How about failing to defend the Constitution and Bill of Rights.  By this time, it has become obvious that global socialism rules the Democrat Party and that their agenda is to get rid of that pesky” limitation of government” focus of the Constitution.  The Republican senatorial leadership appears to have forgotten that the American Revolution was fought to defend against an authoritarian government very much like the one that is rising today in America and around the world.  (Is it any wonder that a very large majority of Republicans supported President Trump’s Make American Great Again?  Is it any wonder that so many Republicans condemn the failures of Party leadership and the destructive behavior of RINOs?)

How about condemning Democrat violence and destruction that involved not only guns but fire bombs, axes, spears, lasers, acoustic weapons and mass harassment tactics?   The Republican leadership has ignored its responsibility to constantly hold the Democrats accountable for the BLM/ANTIFA riots in 2021 and now the attacks on Supreme Court justices.  They have allowed kangaroo court proceedings to occur in the halls of Congress over the January 6, 2001 riots.  They can’t be bothered to speak out against election travesty after election travesty even though three-quarters of the Republican base now believe that the presidential election was fraudulent.

The weakness in Republican leadership is beyond disturbing because it has allowed an ever increasing drift, and now gallop, to the left over the past decades of the 20th century and now in the beginning decades of the 21st century.  (The American Eagle is supposed to have two strong wings – one left and one right.  In the current situation, the left-wing utterly dominates and the right-wing refuses to challenge and correct even the most horrific of left-wing behavior.  (The American Eagle can’t fly straight under such circumstances and thus circles ever lower on the world stage.)

We might also want to remember this quote from Friedrich August von Hayek:  “[Socialistic] economic planning, regulation, and intervention pave the way to totalitarianism by building a power structure that will inevitably be seized by the most power-hungry and unscrupulous.”  Does the Republican leadership want this quote on their tombstone with the additional words “and we failed to act”?

(A list of the 14 Republican Senators who voted with the Democrats on the 80-page “gun safety” bill can be found here.)

The Supreme Court just overturned Roe v Wade. Can the Republican leadership screw that up too. Seems like they are on a roll of failures.

Of course! Just give them a little time.

Biden just called on Congress to overturn Supreme Court Roe v Wade decision. This the opportunity for the Republican leaders to create yet another failure is now available.

wtf is wrong with you people?

Real Americans know that rights come from God not the government. You don’t understand the concept.

You have a giant pile of stinking horse manure that is the failed policies of Democrats, and you ask what is wrong with us? There is literally a litany of Democrat failures and, yet, you refuse to see how countless Democrat policies have led to failure in virtually every aspect of life. Wake up to reality.

He believes in the oxymoron that socialist freedom exists.

What people? Those who don’t want the legs torn off of infants and dismembered for their valuable body parts? Maybe your momma should have had you aborted.

They want compliant slaves. Look at what is happening in Western Europe which is being invaded. The average natural born European’s interests and concerns are ignored. When the peasants had enough, they used pitchforks and axes – and then the guillotine. Great fun in the French Revolution.

The Supreme Court just bailed out these stupid Republican senators. Let’s see if they grab the lifeline. Unfortunately, I doubt it – they are too power hungry.