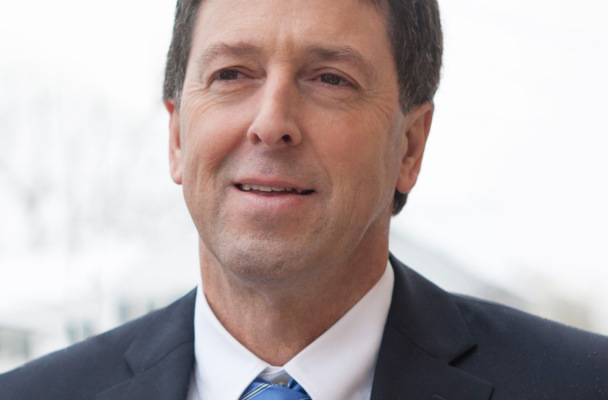 Another Judge Gets it Right.

[read_more]
Yesterday, a Federal Judge in Louisiana issued a decision upholding the rule of law, federalism, and the democratically-expressed will of citizens. Judge Martin L. C. Feldman upheld Louisianaâ€™s constitutional authority to define marriage as the union of a man and a womanâ€”as 78 percent of Louisiana voters did in 2004.

Feldman answered the two central issues in this debateâ€”the policy question: What is marriage, and the legal question: Who gets to define marriage. Finding that the state had a “legitimate interest under a rational basis”, for “addressing the meaning of marriage through the democratic process”, Feldman noted that Louisianaâ€™s marriage law furthers two important interests: â€œlinking children to an intact family formed by their biological parents, as specifically underscored by Justice Kennedy in Windsorâ€ and â€œsafeguarding that fundamental social change â€¦ is better cultivated through democratic consensus.â€

Feldman ruled that Louisiana has a rational basis to define marriage as the union of a man and woman: â€œThe Court is persuaded that a meaning of what is marriage that has endured in history for thousands of years, and prevails in a majority of states today, is not universally irrationalâ€¦. Louisianaâ€™s laws and Constitution are directly related to achieving marriageâ€™s historically preeminent purpose of linking children to their biological parentsâ€¦.â€

On federalism and democracy, Feldman cites the Supreme Courtâ€™s decision in the federal Defense of Marriage Act (DOMA) case, U.S. v. Windsor, as support that Louisiana has the right to define marriage for itself. Feldman writes: â€œWindsor repeatedly and emphatically reaffirmed the longstanding principle that the authority to regulate the subject of domestic relations belongs to the states…â€ and â€œLouisianaâ€™s regime pays respect to the democratic process; to vigorous debateâ€¦.â€ Feldman’s decision quoted from Judge Paul V Niemeyer, who in July dissented in a three-judge decision to strike down Virginia’s same-sex marriage ban. “If given the choice, some states will surely recognize same-sex marriage and some will surely not,” Niemeyer wrote, and Feldman quoted. “But that is, to be sure, the beauty of federalism.”

This ruling follows one last month by Roane County Circuit Judge Russell Simmons in Tennessee, as a breath of fresh air. Judge Simmons asserted that marriage is an issue that was left to the states, and “neither the Federal Government nor another state should be allowed to dictate to Tennessee what has traditionally been a state’s responsibility.” I agree; voters and state legislators, not judges, should decide who is allowed to marry.

In its recent decision striking down Virginiaâ€™s Marriage Amendment, the Fourth Circuit erroneously elevated its opinion over the collective judgment of the people of Virginia who adopted the Marriage Amendment to the Virginia Constitution. The jurisdictional authority to define marriage within our Commonwealth was usurped when two members of a three judge panel issued an order overruling the collective judgment of millions of voters in an act of raw, political will. Dissenting Judge Niemeyer decried the courtâ€™s actions, stating that â€œthere is no fundamental right to same-sex marriage and there are rational reasons for not recognizing itâ€¦.â€

In Virginia, and in many other states, voters have decided that the public good is best served by adhering to the one man-one woman definition of marriage. It is their right to decide this question and to have that decision respected by the courts.
This case, and the dozens like it, are about more than defining marriage. They are a battle over the right of states and their citizens to enact laws through the democratic process. As Judge Feldman noted, this right has come under attack from those who resent legal diversity and intend to impose their own values on everyone in our nation. The correct response to this is simple – federal judges need to respect the rights of citizens to determine the laws of their states. 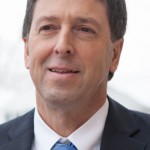 Delegate Dave LaRock represents the 33rd House District, including parts of Loudoun, Clarke and Frederick Counties, and the towns of Leesburg (partial), Purcellville, Berryville, Lovettsville, Round Hill, Hamilton and Hillsboro. LaRock serves on the Transportation Committee, the Science and Technology Committee and the Counties, Cities and Towns Committee. Dave and his wife, Joanne, have lived in Loudoun for 28 years, building a successful family-owned general contracting business. The LaRocks reside near Hamilton with Abby and John, the youngest of their seven children.
Another Judge Gets it Right. was last modified: September 4th, 2014 by TBE Staff

Conservatives and especially “social conservatives” need to begin to face reality on the gay marrage issue unless they are willing to accept further isolation in electoral politics. A good place to start is simply to clearly separate out in their own minds and arguments the distinct opinions they present based on the religious and moral cultural wars underway vs valid questions regarding constitutional federalism and states rights. Second, face the fact that an incredibility rapid and far-reaching shift toward public acceptance of both homosexuality and gay marriage has occured in the last decade. The majority of new poll numbers are so stunning that they declare in no uncertain terms that the culture war is over and the other side won. The irony of this is that many social conservatives can not accomodate this even given the fact that the triumph of gay marriage can largely be traced back to the 2,000-year-old Christian ideal of equality itself. Third, our form of constitutional goverance pretaining to matters of sexuality isn’t based on the presumption that certain ways of living and acting are intrinsically right or wrong in and of themselves or are based on the extent to which they conform to any given group’s ideal vision of humanity whether it comes from the right or the left. A CENTRAL premise of the liberal thinkers that influenced American constitutional framers (John Locke and Montesquieu) treated disagreement about these type of social issues as the normal condition of social life and sought to find common moral ground shared by every faction within society, regardless of the ends they pursued. As long as agreement regarding sexual traditionalism held as a near-universal consensus laws supporting this consensus were safe but as soon as that consensus started to break down, as a significant number of citizens started to make the case for new definitions, the constitutional state by its very nature was pushed to begin withdrawing from enforcement of the former consensus and begin substituting a redefined consensus of rights. When you cannot untangle the mechanisms and gears of a working constitutional state from the unchanging moral prescripts of a stated religion the anxiety and confusion generated can be high, but the United States is not and has never been a theocracy, but rather a system that protects religious rights but does not impose them.

Regarding the federalism vs states rights issues surrounding gay marraige, a major blow was suffered in 2013, with United States v Windsor, the Court invalidated a provision of the Defense of Marriage Act (DOMA) on the grounds that it violated the equal protection principles embodied in the Due Process Clause of the Fifth Amendment. In a 5 to 4 decision the Court clearly declared that careful consideration had to be given to discriminations of unusual character while taking under consideration the deference that the federal government owes states with respect to how they define marriage. This led to striking down the federal law that did not recognize same-sex marriage for federal purposes (e.g, joint filing of a tax return) even when a couple was lawfully married under state law. As Justice Scalia stated at the time this ruling in effect opened Pandora’s Box, predicting it would soon lead to another declaring state bans on same-sex marriage unconstitutional. His minority opinion that the matter was better left to the states to decide was effectively pushed aside. The Court left open the specific question of whether state bans on same-sex marriage violate the Equal Protection Clause of the Fourteenth Amendment. In 2014, federal district courts in both Utah and Oklahoma found that state constitutional amendments declaring marriage to be only available to persons of the opposite sex violated the Equal Protection Clause. The Supreme Court will undoubtedly have to address the question within the next year or two. Meanwhile in California, where the state legislature legalized same sex marriage only to have the voters overturn that law by initiative (Amendment 8), a federal district court found Amendment 8 to violate federal equal protection principles and the state chose not to appeal. In 2013, the Supreme Court in Hollingsworth vs Perry dismissed an appeal by proponents of Amendment 8 for lack of standing, a decision which effectively will open the doors to gay marriage in California. So we are looking at a divided state landscape but a trend none the less of moving forward on same-sex marriage.

If you look at this picture with an open mind I believe it is not too difficult to see that the trend lines at both the federal and state levels are moving in the direction of support for same sex marraige legislation. The new consensus discussed above appears to be beginning to take shape and thoughtful political conservatives need to start participating in the shaping of this new consensus in a more positive manner.

Seventh Circuit: Gay-marriage bans in Indiana and Wisconsin are unconstitutional

While I admire all of you who are “sticking to your guns” against gay marriage, the fight is nearly over. The Supreme Court will decide (just as they did giving women a right to an abortion, by the way) & we conservatives can focus on govt instrusion into our lives in the way of over regulation of everything; the national debt; terrorism; the list goes on ad infinitum.

No where in the Constitution does it say that anyone has the right to marry , not a man and woman , man and man , woman and woman or a man and his goat ! I get so very tired of repeating myself if the Supreme Court does this they are usurping the states rights ! Marriage is a states rights issue and can be restricted in lots of ways without violating any ones rights . The problem is our Constitution is a legal and binding contract between We The People and the Federal and State Governments . The Constitution maybe amended through the congress and the senate by a 2/3 rds. super majority or the states . The only time the states have asked for an amendment was prohibition . The only amendment that has been passed but never ratified is women’s equal rights ! And the idiots on the left are using the courts to violate our contract . Once gay marriage is allowed then we can expect the Mormons to want their right to marry , Who’s to say that the perverts in the man / boy love wont sue for their rights , then how about a family member who wants to marry a son , daughter , aunt , uncle etc. . And you have the man who wants to marry his goat , cow , chicken etc . that’s where this is headed lets see if the leftist support those !

Even if marriage is a states’ right, the Supreme Court will likely weigh in on this matter. & if the SC decides that gay marriage is legal & must be recognized in all 50 states, then that is the law of the land. If this is incorrect, please let me know