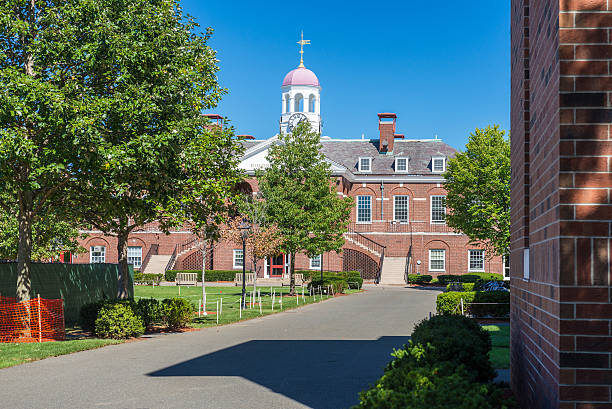 We are all familiar with conservative professors being cancelled or fired by secular universities.  But now an evangelical college is doing something very similar.  Chicago’s North Park University, sponsored by the Evangelical Covenant Church (ECC), has recently dismissed one of its most distinguished professors for holding to the ECC’s binding resolution on marriage and sexuality.  The resolution affirms celibacy in singleness and faithfulness in heterosexual marriage.

Dr. Bradley Nassif is an internationally recognized and widely-published scholar, a leading expert in Eastern Orthodox-evangelical dialogue.  The New York Times has described him as a “leader of the [Eastern Orthodox] religion.”  Recently the Washington Post  featured Dr. Nassif in a story about the Ukraine War. Dr. Nassif taught at North Park for seventeen years in its Christian Studies Department, and has been at its highest rank, full Professor, since 2007.

Currently Dr Nassif is suing the university for breach of contract. He was among four tenured faculty fired when the university closed its Christian Studies Department in May 2021 without consulting properly with the faculty senate, in violation of its own governing documents.  The American Association of University Professors (AUUP) charged in a letter to the North Park administration that it violated academic freedom when it dissolved the department. The administration claimed that it closed the department because of low enrollment patterns despite outside consultants saying the department was strong and income-generating.

Oddly, North Park hired back all the tenured professors except Nassif in 2022.  Not coincidentally, Nassif was the only faculty member to say publicly that the school’s curriculum should always include the ECC’s orthodox policy when teaching about marriage.  Other faculty argued that the ECC policy was “disrespectful” and “outdated.”  Members of the administration said Nassif was not suited for the academy because his views of marriage were “too extreme.”  The faculty senate decided to exclude the ECC view of marriage from the curriculum, and the president of the university accepted this decision.

Nassif pleaded to be rehired with the other tenured professors on the grounds that his wife was in Stage 4 cancer and he needed to support her.  The university claimed that it did not have a position suited to his expertise, yet it continued to use adjuncts to offer the courses that Nassif had taught.

A former provost (chief academic officer) of the university has testified publicly that faculty and administrators conspired to get rid of Nassif because he was getting in the way of transitioning the curriculum away from an orthodox view of marriage.

Another One Bites the Dust was last modified: August 19th, 2022 by Guest Contributor Gerald McDermott

Gerald R. McDermott is the retired former Chair of Divinity at Beeson Divinity School, and has written, co-authored, or edited nineteen books and published hundreds of articles.

There are two links here which purport to provide supporting evidence, but instead of being public news sources, both links go to a file storage account which seems to not be publicly accessible. So there is no verifiable source.

Sorry about the links not working before. Many tech problems.

Thanks for fixing the links. But then what we seem to have in this article is one side’s interpretation of an unresolved dispute presented as if it were established fact. (ref Proverbs 18:17)

You all are idiots – for goodness sake. One basic responsibility of the journalist, even those who display partisan hackery, is to have some kind of basic respect for the truth. None of the causal claims in this article are true. In fact, college leadership is likely to applaud Brad’s position on marriage, as they do all they can to accommodate the position of their sponsoring denomination. Disagreement among faculty members on a cultural and theological issues is certainly present – imagine that. But the attribution of Brad’s suffering to his courageous stand for truth – that is a silly claim easily subverted by any participant in this drama. You should be ashamed for peddling reductive silliness like this. Gerald McDermott has evidently exchanged academic integrity for small-minded, reactive finger-pointing in his retirement.

Kurt, check this out.

DeclarationofMichaelEmersonI,MichaelEmerson,herebystatethefollowingfacts,allofwhicharebasedonmypersonalexperienceandknowledgetothebestofmymemory,andtowhichIwouldtestifyifcalledupon:1.I wasthe provostand chief academic officer of North Park University (“NPU”)from July 1, 2015 until December 30, 2019. 2.In that capacity, I witnessed several conversations between Professor Brad Nassif and members of the administration and faculty about the Church’s stance on homosexuality and how that should be handled in the curriculum. 3.During one Faculty Senate meeting, faculty members were discussing a new Gender Studies minor, and Dr. Nassif was advocating for the inclusion of diverse viewpoints in the curriculum, saying that at minimum the perspective of the denomination which governs NPU should be incorporated. Several faculty members rejected the idea that the curriculum should engage different perspectives on the permissibility of homosexualityand rejected inclusion of the ECC’s position. 4.Prior to that meeting, Margaret Haefner, the faculty member primarily responsible for the new proposed minor, told me on November 4, 2018, in reference to the denomination’s official positionon homosexuality, that no “disrespectful views”would be allowedin the curriculum.5.I discussed the meeting with NPU President Mary Surridgeand she accepted the Senate’s decision to exclude the denomination’sviews on homosexuality from the curriculum. 6.Dr. Nassif’s views about the role of homosexuality inthe Church are traditional. 7.On several occasions, I heard members of the NPU administration saying Dr. Nassifis not well suited for theacademybecause his views on homosexuality are too extreme. 8.IalsowitnessedattemptsbyvariousrepresentativesoftheUniversity(somestillattheUniversity,somenolongerwiththeUniversity)toshameandsilenceDr.NassifforstandingupfortheECCpositiononhumansexuality.Thiswasevidencedinbothprivateandpublicmeetings.9.I witnessed severaldiscussions among members of the administration about interpersonal discord in the Christian Studies department.There was discussion about the fact that the only way to solve this problem may be to dissolve the department, which members of the administrationdescribed as the “nuclear option.”
10.I also heard several faculty members express frustration about the presence on campus of older faculty with what they described as “outdated” views. I heard faculty members describe the desire to “get [Dr. Nassif] out of the way” so they could shape the curriculum in their way without dissent.11.In the spring of 2018, a student complained to me after she overheard MaryVeeneman and Joel Willittsplotting during a study abroad trip to push Dr. Nassif towards early retirement. I interviewed both Drs. Veeneman and Willitts about this and they confirmed other details of the student’s allegations, such as the fact that they were drinking on the trip and buying alcohol for students against University rules, but denied trying to push Dr. Nassif out. I found the student’s account to be credible.VERIFICATIONI,MichaelEmerson,theundersigned,verifythatIhavereadtheforegoingdocument,DeclarationofMichaelEmerson,andsolemnlyaffirmunderthepenaltyofperjurythatthisdeclarationistrueandcorrecttothebestofmyknowledgeandbelief._______________________________03/09/2022_____________________MichaelEmersonDate

Nothing say good faith engagement like starting a response by calling someone an idiot.

Dr Nassif was exercising academic freedom as a tenured professor. The school was obviously driven by secular ideaology. How can this be a christian university when it doesn’t value free speech and biblical teaching?

His wife has stage 4 cancer. That right there is the real reason. They didn’t want to pay for her care. Follow the money.

How very Christian of them.