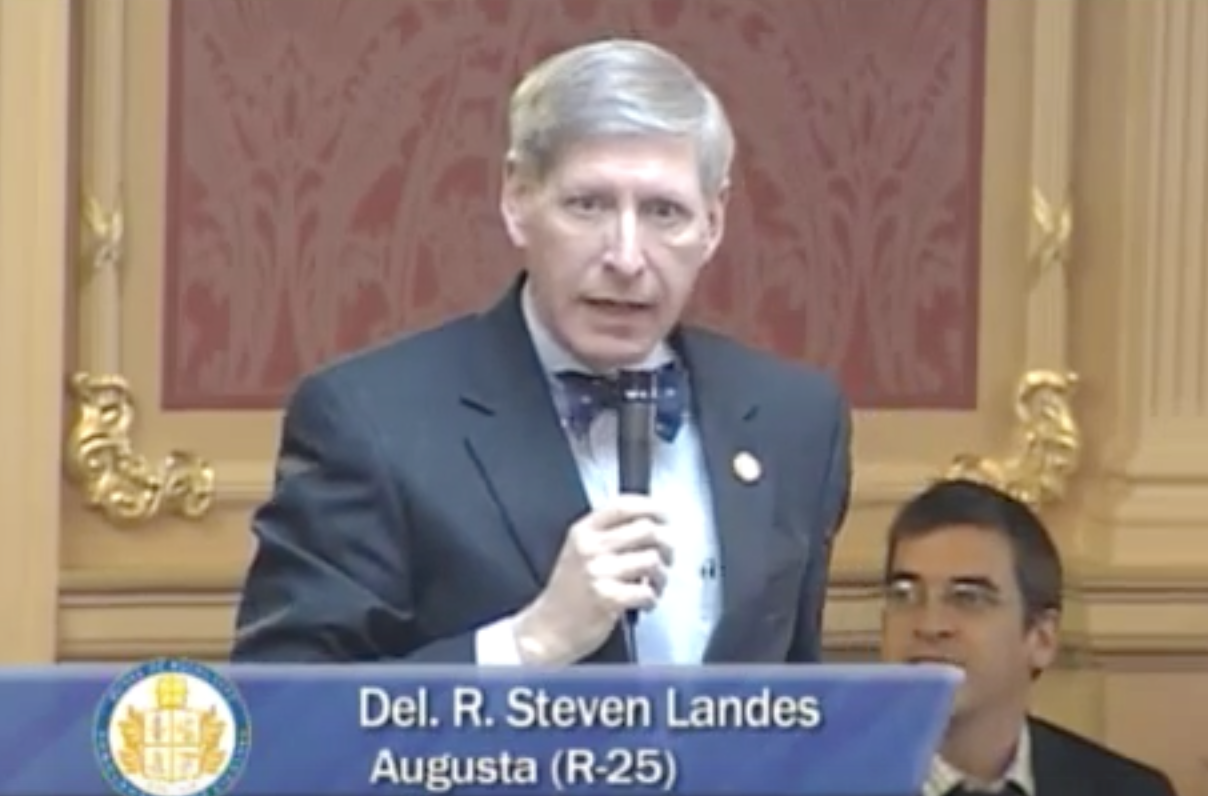 Another trip on the Medicaid expansion merry-go-round

To the best of our knowledge, Virginia’s House Republican leadership, along with most rank-and-file members, are united in opposing Terry McAuliffe’s longstanding drive to implement Obamacare’s Medicaid expansion. We don’t think anything has changed in that regard. Indeed, throughout this session Republicans have manifested their commitment in numerous votes against the Governor’s proposals, and against various MEBAN alternatives (Medicaid Expansion By Another Name).

Which is why it is somewhat troubling that, by a 93-7 vote, the full House voted to accept language requiring approval of (but not necessarily funding for) Medicaid expansion.  The relevant language is as follows:

b. Upon approval by the Medicaid Innovation and Reform Commission, the department shall implement the provisions in paragraph 6.a. of this item by July 1, 2014, or as soon as feasible thereafter.

(Emphasis added). The full Landes Amendment, introduced by Del. Steve Landes, vice chairman of the House Appropriations Committee, can be found here.   We’ve been tracking it since it was introduced.  We haven’t made it an issue until now because we assumed the amendment would die or be withdrawn, or that it would otherwise be made to make sense at some point.  We were apparently wrong.

Our discussions with legislators have suggested the likelihood that almost no members of the House Republican caucus were aware of this language when they voted for it. Our inquiries for someone to explain why this amendment was made have been met with silence.  In June of 2014, the House voted to sustain the Governor’s veto of this very language.  [06/23/14 House: House sustained Governor’s veto Item 301.TTT.6 and part of 7.a].  Why the reversal now?

Well, let’s start from the beginning. Back in 2013, when Republican Governor Bob McDonnell needed Democrats’ help in passing his sweeping increase in transportation spending and the largest tax hike in the Commonwealth’s history, Democrats insisted that Medicaid expansion be part of the deal. When Republicans balked, a compromise was arrived at, pursuant to which the aforementioned Medicaid Innovation and Reform Commission, or MIRC, was created.

The language just passed by the 2016 House session was originally part of that compromise in 2013. The MIRC would be granted the authority to act in the name of the legislature, and would be required to expand Medicaid if certain specified reforms had been completed.

And there’s the problem. According to Health Secretary William Hazel—a McDonnell appointee held over by the McAuliffe administration—the reforms on which the MIRC’s vote to expand Medicaid is made contingent have been completed for quite some time now.  (But even if they hadn’t been completed, why not just put the reform language in without the unconstitutional expansion authorization?)

There is simply no good reason for the Republican House of Delegates to have adopted this language.

You want the MIRC to continue to oversee Medicaid reforms, or even to review expansion proposals?  Fine…you’ve already got that power.

You want to tie the Governor’s hands on funding?  Fine, pass an updated paragraph 9 (otherwise known as the Black/Stanley amendment), forcing the administration to come back to the General Assembly before expanding Medicaid.  In fact, that’s a great idea in any event, and is all that is necessary to create a “firewall” against expansion.

You want to capture savings from expanding Medicaid (which is what paragraph 7 of the amendment is for)?  Too bad…come clean and be honest with your constituents, and do this in a forthright manner.

The only legitimate reason to want to pass paragraphs 6 and 6a is if you want a legislative commission to be empowered to authorize Medicaid expansion, because that’s essentially all the Landes Amendment does.  In other words, it seems like it’s there to give rise to some turn of events at which Republicans in the General Assembly can later express predictable “shock and outrage.”

To be clear, this is not the same pickle we were in two years ago.  Unlike then, today there does not appear to be the necessary appropriation for expansion.  At least, not an appropriation that is obvious or transparent.  We’ll see what comes out of the budget conference next week, but we’re not suggesting this is necessarily the same kind of backdoor expansion approach we saw in 2014.

Further, if you ask the members of the MIRC, most would tell you they wouldn’t vote to expand, regardless of what Secretary Hazel has to say about the reforms being complete.  And that’s all well and good.  But tell me, what’s the sense in giving them the opportunity to vote to expand, then, especially when you already know it’s unconstitutional?

The answer is that there is no sense in doing so, not if you’re being honest with the voters.  This is why the Landes Amendment must fail in the final budget approved by the General Assembly.