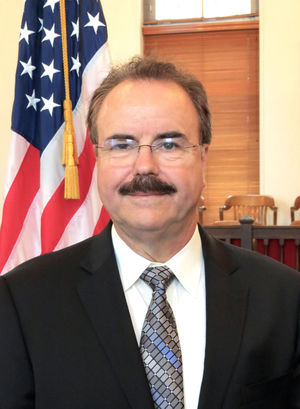 Twelve residents of Broad Run district applied to be the temporary Supervisor, filling the last few months of Shawn Williams term after his resignation on September 6th.

Tonight the Board of Supervisors met to find his replacement to complete the term ending January 1st.  In the first round of balloting, Suzanne Volpe voted for Jim Bonfils. Four supervisors voted for former supervisor Steve Stockman; Janet Clarke, Geary Higgins, Ken Reid and Eugene Delgaudio.  The three remaining Supervisors, Scott York, Matt Letourneau and Ralph Buona voted for former Planning Commissioner, Cliff Kierce.  Since Jim Bonfils only had one vote his name was withdrawn for the second round of balloting.

On the second round of balloting by the Board of Supervisors the vote was split 4 to 4, with the following voting for former Planning Commissioner Cliff Kierce; Suzanne Volpe, Scott York, Ralph Buona, and Matt Letourneau. The other four voted for former Supervisor Steve Stockman; Janet Clarke, Ken Reid, Geary Higgins, Eugene Delgaudio. On the third round of voting, the the vote was the same, tied.

York motioned to let the courts choose someone from list of 12 applicants.  Eugene Delgaudio doesn’t like it and wants the board to make a decision. Janet Clarke suggests that they wait and appoint the elected candidate after the election. Ralph Buona wants someone appointed by the board, Cliff Kierce.  He says twice that the vote was all about politics and therefore it wrong.  He’s lecturing the board, he’s ‘very disappointed’ in the other board members who won’t support Kierce. Geary Higgins doesn’t appreciate Buona accusing them of being political. Eugene Delgaudio moves to table the appointment to next meeting. Motion fails.

York’s motion to turn it over to the courts carries with Higgins and Delgaudio voting against it.  The decision will be made by the courts. Lame.

But wait, before they can adjourn Supervisor Volpe asks for a 5 minute recess and begins lobbying board members. It is not clear what she is lobbying for until later. After the break, Ken Reid nominates Jim Bonfils as a compromise candidate for Broad Run and moves that Bonfils be appointed by the board.  Suzanne Volpe seconds.  Final vote for 5-3 for Bonfils; York, Volpe, Letourneau, Buona and Reid.  The conservatives, Higgins, Clarke, and Delgaudio vote no. Even more lame, the Board chose a compromise that only one person wanted during the first round of balloting, Suzanne Volpe.  She deserves credit. She got her guy appointed despite fact that 7 members of the board didn’t want him. Well played Supervisor Volpe!

UPDATE: Jim Bonfils was sworn in as Broad Run supervisor earlier today.  It’s too bad they chose someone who has never been on the board and will need training.  I’m sure Suzanne Volpe will take care of that, and instruct Bonfils on how to vote.