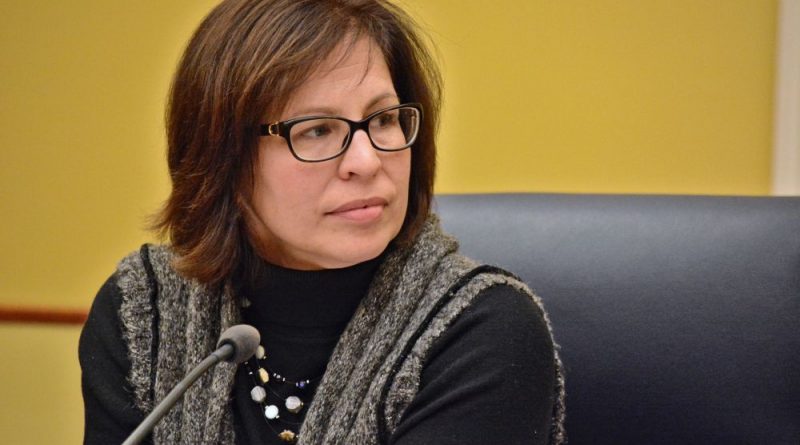 Purcellville Town Councilwoman Karen Jimmerson will not run again for town council but will instead run against Blue Ridge Supervisor Tony Buffington when he runs for re-election next year.

In 2015 Jimmerson’s husband Richard ran against Buffington and lost by 12 points.  According to Karen, her husband did that to set her up to run in 2019.

Mrs. Jimmerson is Jewish and not fond of Christians or the New Testament.  Her feelings were on full display last Easter when Congresswoman Barbara Comstock quoted John 3:16 and Jimmerson responded by calling it “anti-semitic graffiti”.   The New Testament is graffiti? 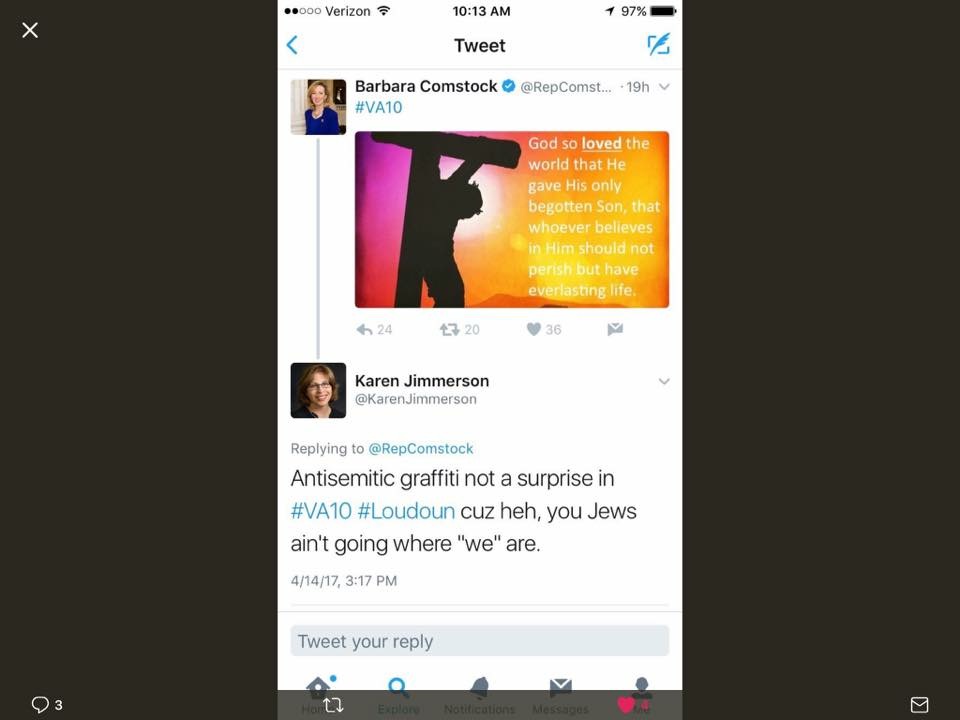 Such an ugly, ugly, thing to say, especially on Easter, the holiest day for Christians.  Is Jimmerson aware that the Blue Ridge District is over 95% Christian?

How did this woman ever get elected to the town council in Purcellville?  Supervisor Buffington has nothing to worry about.

After that anti-Christian remark in a district that’s nearly 100% Christian, stick a fork in ‘er, she’s done.

Maybe it’s not all Christians she has a problem with but just those described in Matthew 6:1

“Anti-Christian Democrat bigot” — I see you’re bucking for the redundancy of the year award.