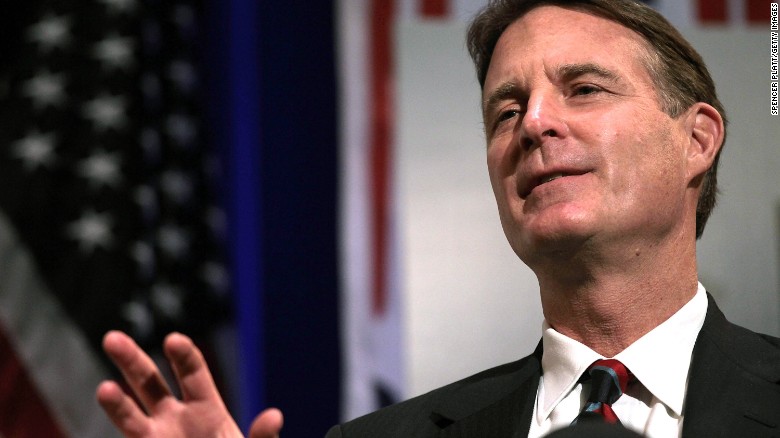 “Anti-Establishmentism” is Bigger than Trump

In 2014, Eric Cantor lost his seat in the House of Representatives because he was focusing all his energy on inside baseball and almost none of his energy on his district. Congressman Dave Brat demonstrated that, even if you are relatively unknown, you can pick off the most powerful politicians if you are willing to shine a light into the darkness of their absence.

Every politician should have gotten the message, immediately, that surrounding oneself with lobbyists and living in the world of the backroom deal isn’t going to cut it with constituencies any longer. The people are paying attention. Democrats and Republicans are paying attention.

Josh Kraushaar, writing for the National Journal, made some excellent observations about a couple of establishment candidates potentially on their way out. He began with the curious case of the resurrection of Indiana politician Evan Bayh.

When asked earli­er in the cam­paign, Bayh couldn’t even re­mem­ber his ex­act ad­dress In In­di­ana. There’s a reas­on for this. When Bayh re­lin­quished his seat in 2010, he stayed in Wash­ing­ton, where he earned nearly $4 mil­lion in lob­by­ing fees since Janu­ary 2015. One pub­lic poll (Mon­mouth) shows Bayh hold­ing a 6-point lead over GOP Rep Todd Young, but Re­pub­lic­ans are con­fid­ent the seat is trend­ing in their dir­ec­tion.

The Democrat Party may have seen an experienced and well entrenched member of their club looking to rejoin them in the legislature, but voters see a K Street lobbyist looking to represent moneyed interests on the hill. Anti-establishmentism is a rejection of the idea that the people ought to elect representatives who will represent interests other than the people electing them.

Re­pub­lic­ans, mean­while, nev­er ex­pec­ted to worry about los­ing Mis­souri’s Sen­ate seat, giv­en the state’s con­ser­vat­ive bent. But Sen. Roy Blunt, one of the few law­makers to serve in lead­er­ship in both the House and Sen­ate, has a con­spicu­ous seat on the Wash­ing­ton merry-go-round. His second wife, Abi­gail, is a big-time lob­by­ist for Kraft Foods Group, and his son, Matt, rep­res­ents the auto lobby in Wash­ing­ton after hav­ing served as gov­ernor of Mis­souri from 2005 to 2009.

Voters are now looking at the big picture. Heidi Cruz worked for Goldman Sachs; a fact that had a terrible impact on Senator Ted Cruz’s ability to position himself as an anti-establishment candidate. Senator Blunt’s wife’s position with Kraft Foods and his son’s work with the auto industry is leading folks in Missouri to question whether or not the Senator represents them…or not.

People used to vote for political parties, but as conditions worsened on the ground economically and culturally the people began paying more attention to the individuals who were supposed to be representing their interests. We used to turn a blind eye to the jobs and activities of family members, but as it became increasingly clear between 2000 and 2006 that Republicans weren’t living up to their promises, the American People began looking for a reason why.

It did not take a great deal of investigation to discover that politicians were using their positions of power in Washington D.C. to enrich themselves and their allies. That is what they were really up to in Congress. They were not about The People’s business. This realization infuriated the American People and led to TEA Party’s popping up all across the country. However, the TEA Party picked too many candidates that turned out to be no better than the establishment shills they sent packing. Many in the TEA Party got restless with rage and have converted from a more thoughtful conservatism to outright democratic populism; and so Donald Trump was nominated to represent Republicans for the office of the President.

There is too much information available to average citizens for politicians to hide the veracity of their vocation. If they aren’t representing their constituents, eventually their constituencies will rise up against them. That’s why Congressman Dave Brat is in Congress and why Eric Cantor works for Moelis & Company. Of course, Moelis & Company may have gotten the better deal, because they were able to hire the key to every locked door in Washington D.C.; doors closed to Congressmen looking to serve the interests of the people who elected them.

The issue of Cantor neglecting local constituents is valid. It’s also a typically simplistic take by knowledgeable experts on political processes. If you check out Dave Brat’s book on Amazon you’ll see a reader review by Frank Manheim that provides these excerpts from the book:

“I hope the voter will conclude that I was motivated by more than a desire for power or fame when I ran for office.”

“Just as I would expect to have people challenge my ideas boldly and firmly, I will do the same. That is what we are called to do in the realm of ideas, and I still believe we can do that, and learn from our contemporaries as well as our forebears, without any of us hating each other because of it. Love is part of the solution to our political problem.”

When have you heard a politician in these cynical and corrupt times utter sentiments like these? Can you wonder that citizens of the 7nd district were intrigued and maybe even inspired by Brat?

So it was the tea party that nominated Trump. I remember a bunch of tea party people backing a certain Cubanadian.

For the most part, the tea party Republicans both inside and outside the party have been better Republicans this cycle than both factions of the GOP elites.

I seem to recall the tea party types being split between Trump, Cruz, and Rubio. With the GOP elites backing either Bush (mostly) or Kasich.

Pretty much on target although Rubio was not a tea party type because of his amnesty stance. Trump vs Cruz – the outsiders. Bush was the insider until Kasich was all that was left.

He was originally supported by TEA Party groups, only to turn on them immediately upon getting into the Senate. I suppose what you mean is that he was no longer backed by the TEA Party during the primary. Which is mostly true.

I submit that it is the elites of the party and assorted nuts that are the #nevers in this election cycle, they are the Bollings of Today.

You missed the point. The TEA Party split.

Tea party always splits, and they are in no ways a manageable monolith, which does not bode well for the controlling elites.

The tea party is learning that they are more a mattering faction within the party than without and the party establishment should be better listeners.

The Tea Partners that are Republican first will discover that it is they that will define what is and what is not Republican.

Your are messing with the narrative here remember for every “ism” there has to be good guys and bad guys like in the old time cowboy movies. I’m not sure he has ever understood the Tea Party never was a “party”, never created a specific political platform that was accepted as part of membership, never in fact had a “membership” and was in effect one of those populists groups that he so thoroughly dislikes and doesn’t understand the definition of nor actual historical occurrences of either.

A collection of concerned citizens, mostly disgruntled Republicans, that centered itself around rejecting big government and the spiraling growth of federal debt. Not sure you missed the point I just don’t believe he ever understood what it actually was or perhaps he is confusing the term with the PACs and self proclaimed leaders it spun off in name appropriation only that set out post 2010 to milk the citizens for cash and enrich themselves in the process with their attempts to influence the electoral process.. The Democrats have been beating the same uninformed drum regarding the Tea Party for over a decade with a equal level of confusion but to be fair they do so with intention and purpose which I don’t believe he does just ignorance.

When talking about TEA Party supported candidates, I refer to the TEA Party (collective) that supported them (the candidates). You have absolutely no clue what you are talking about – preferring the world of conspiracy theory and intrigue to reality the rest of us live in.

You are correct someone is clueless here but I don’t believe it is me for anyone that goes back and re-reads your confusing and generally ill defined article history containing musings and gross historical misunderstandings. Do your research then write your opinions so they at least they have some factual underpinnings otherwise it’s hardly even opinions more along the lines of fiction.

I was at the first tea party rally in DC. The concerns over constitutional government and economic limits to government was the central concern. The MSM ignored the rally and the tried to distort its intentions. We have to clean up the MSM or abandon it for the rising alt-media.

Steven makes a valid point though about the betrayal of those Republicans running under the mantle of Tea Party, however you define that, becoming no better than the scum they replaced in many instances. For example, who is now the Speaker of the House? The absolute worst, POS, scumbag, insider possible. I despise Ryan more than any Democrat because he is a traitorous pile of dung working inside to run any chance you have of having your principals be reflected in the US government.

The election has brought all the dirty laundry into the day light. Constitutional conservatives are tired of working for sellouts. Voters have to focus on the big picture “the Supreme Court. “

I think it also time to contact local representatives about the States interceding in cleaning up DC. Obviously, DC won’t clean up itself so we have to either appeal to the States or march on Washington.

That’s going to be an uphill battle, but one I foresee in our future.

It is bottom up from we the people. Accountability in education, news, entertainment and government. A very big job but liberty is worth it.

All politics is local. If you can’t keep opportunists out of city council, you will never get them out of the minor league statehouses or major league DC. If your local party meets in a restaurant or incumbents have the final answer on anything, you simply don’t have a party in your district.

The whole system in DC is messed up. Politicians in the House get four or five months before they have to spend most of their time campaigning and fundraising. Bills are being written by staff while the people we elected are spending all their time trying to hold on to their seats.