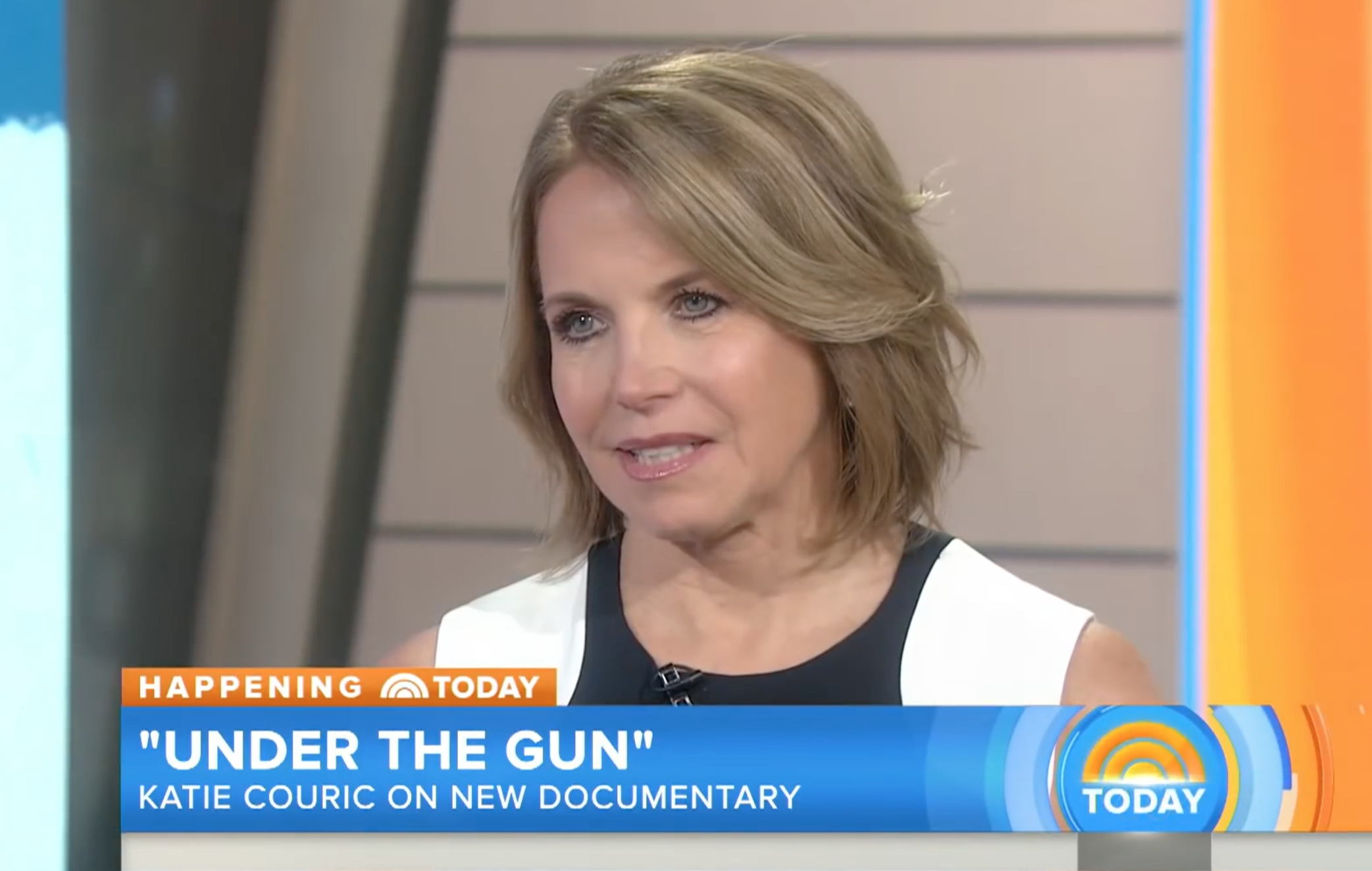 VCDL APPROACHED TO BE PART OF A “DOCUMENTARY”

I received an email in March of 2015 from Kristin Lazure, a producer for Atlas Films, asking if VCDL would be part of “a documentary about the gun violence prevention movement in America.”

In the email, Kristin said, “Some of the storylines we’re exploring include the legislative process on the federal and state level, how the Second Amendment has been interpreted in the wake of the Supreme Court’s Heller ruling, and what impact mass shootings like Aurora and Sandy Hook have on gun reform legislation.” She continued, “In order to fully understand the complexities of this hot button topic and speak to an audience with varied viewpoints, Ms. Couric is very eager to include all perspectives in this discussion.”

As is VCDL’s general policy with the media, we do our best to accommodate their requests, as it gives us a chance to get our message out to the public. It is a policy that has worked well for as long as VCDL has been around, with the exception of four times, and this was to be one of those exceptions.

Katie’s team was set up to film in Washington, DC, and Kristin wanted to know if I could come there for the interview. I said that I would not come to DC, so they rented a conference room in a hotel in Northern Virginia and brought down their crew for what ended up being a two hour interview with Katie on April 13, 2015. (The audio of the raw interview is below).

Later, Dennis O’Connor and I took Katie and her crew to Blue Ridge Arsenal to film Katie learning how to shoot on May 11, 2015. While there, she also interviewed Dennis.

Later, Kristin contacted me about arranging an interview of a group of VCDL members.

The group interview was held in the room where VCDL meetings are held and ended just as VCDL members were coming in for the regularly scheduled Annandale membership meeting on June 18, 2015.

THE “DOCUMENTARY” TURNS OUT TO BE AN “INFOMERCIAL” FOR GUN CONTROL

While the movie claims to be a documentary, it’s clear after watching it that it was never intended to be a balanced presentation of the issues.

People from other gun groups were also interviewed, but in the end the video dedicated a mere fifteen minutes or so to the pro-self-defense side (of which VCDL had only about four minutes), while giving an hour and a half to the antis.

Katie apparently wasn’t getting anything from either the group or me that she could use to further her pro-gun-control arguments. In fact my entire two-hour interview was left on the cutting room floor, but some of the group interview made it into the final film. However, one of the question/answer responses was altered – and therein lies the problem.

Watching the video, you hear Katie ask, “If there are no background checks for gun purchasers, how do you prevent felons or terrorist from walking into, say, a licensed gun dealer and purchasing a gun?” The camera then shows the group members TOTALLY SILENT FOR EIGHT SECONDS. The camera zooms in on one member, who looks down.

The clear implication is that none of the group had an answer for that question and was being evasive and avoiding eye contact.

The truth is, and as you will hear in the audio, below, that the group responded to Katie immediately, with answers to her question! Yet the video shows no one responding. Clearly, when Katie didn’t get the answer(s) she wanted, she changed the group’s answers by replacing them with other video of the group sitting around quietly between questions.

Unbelievable. And extremely unprofessional. In essence Katie lied about the VCDL members’ answers. If she so cavalierly lied in this instance, what other things did she alter in this movie or any of her previous reporting to advance her own personal agendas?

While I am used to our side being given less time in the press than the antis are given, I’m not used to having our words changed. That is a big journalistic “no no.”

Back in 1993, Dateline faked an accidental explosion of a truck to show that model truck was dangerous if involved in a collision. Dateline couldn’t actually create an explosion by crashing vehicles into the truck, so they ultimately, and shamefully, planted incendiary devices on the truck to force it to blow up.

What Katie did is similar.

Speaking of cheerleading for gun control, at the end of the infomercial the names of eight anti-self-defense groups that participated in the project are prominently listed under the title of “Join Those Already Making a Difference,” with viewers encouraged to contact them for more information. Not one single pro-self-defense group, including VCDL, is listed as a source of information.

The audio of the full group interview is here, skip to the 36 minute and 43 second mark to hear the question on felons and the answers the group provided. There is no silence, but Katie needed something to show gun owners are unreasonable in their opposition to universal background checks, so she provided eight seconds of silence for us:

Feel free to listen to the entire interview. I think the group did a phenomenal job defending our gun rights and that’s why the group doesn’t appear in the infomercial but for a few minutes, with a key part edited to serve a gun-control agenda.

You can watch Katie Couric’s gun control infomercial for free at: http://www.epix.com/movie/under-the-gun/

(The Epix web site for the movie says “with a narration from renowned journalist Katie Couric.” Renowned for what? Lying?)

As an FYI, my full interview (raw) can be heard here:

Philip Van Cleave is President of the Virginia Citizens Defense League, the premier organization dedicated to advancing the fundamental human right of all Virginians to keep and bear arms as guaranteed by the Second Amendment to the United States Constitution and Article I Section 13 of the Constitution of the Commonwealth of Virginia.

Anti-Gun Propaganda: Katie Couric and the Joseph Goebbels School of Journalism was last modified: May 23rd, 2016 by Phillip Van Cleave

I haven’t seen the video “documentary” but I believe we can have some confidence that the only thing Ms. Couric ever seems especially adept at is failing downwards consistently.

Katie learned from some of the best. Unfortunately NBC has a history of dishonest editing but that wasn’t always the way. Pity.

I watched some of the movie …… it is plain propaganda to disarm every legal citizen in this country. Thank you Phil for exposing this. It is plain scary!!! the length they will go to disarm us. We have to expose all of this.