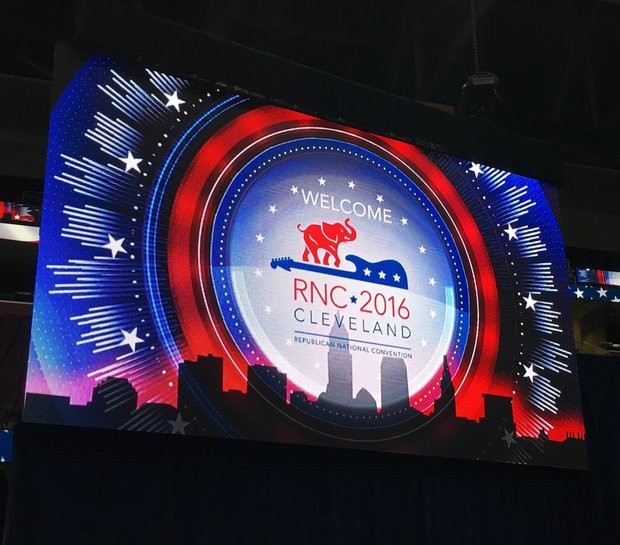 Anti-Trump Delegates Hope to Advance Grassroots Agenda at the Convention

Some of the anti-Trump delegates are plotting ways to slow down the convention with cumbersome procedural issues and numerous minority reports.  Gwen Bowen, a delegate from Louisiana and a member of the rules committee, said she’s working on procedural tactics to slow things down on Monday. Referring to minority reports in the rules committee she said,

“It is clear that the RNC wants to take total control of the party,

They would not even allow speaking on it. What is right and fair and transparent is when you let people speak.”

“The problem isn’t Republicans. The problem is the RNC,” she said. “They want all the power and they don’t care about the grass roots.”

“To sound like Donald Trump — they rigged it,” said Kendal Unruh, a rules committee member from Colorado who led the charge to unbind delegates as the founder of Free the Delegates. “The very thing they scream about is the very thing they did. I want to make this point extraordinarily clear: What a bunch of liars they revealed themselves to be.”

Some delegates blame party chairman Reince Priebus for what they describe as a “power grab” in the rules committee.  Amendments to the rules governing elections in 2020  from delegates in several states were shot down by the 42 Priebus loyalists on the committee.  Those would include the amendments introduced by Morton Blackwell and Cuccinelli to restructure the party making it more friendly to the grassroots and allow more participation by members of party rather than those appointed by Priebus. Some of those amendments may return to the floor of the convention on Monday in minority reports.

One proposal would have awarded more convention delegates to states with Republican governors, senators and lawmakers. Another would ban corporate lobbyists from serving on the Republican National Committee, the central body that oversees the party. The panel also soundly rejected a proposal to require the RNC to release the names of delegates serving on the convention committees.

That move especially angered rank-and-file Republicans paying close attention to the proceedings. Despite assurances to the contrary, RNC officials refused to release names and contact information of delegates serving on convention committees before last week, a move designed to make it more difficult for anti-Trump delegates to find one another and start plotting.

This is awful.  We need a movement to take back our party!

Some delegates hope to force a roll call vote which would delay the convention and force every delegate, in front of the cameras, to vote out loud.  Their hope is too embarrass Trump if he barely gets over 50% of the vote, or even less.

Carl Paladino, a NY delegate who is close to Trump, has been sending nastygrams to other delegates. Kim Taylor Fralick, a delegate from Louisiana, has received three such missives,

“It’s like pissing up a drain pipe. You get wet. A revolt will never materialize,” Paladino wrote to Fralick.

In another message, he told her: “Kim, you should get back on your medications. You are a very sick dude. You obviously are a Hillary acolyte.”

“I have no problem speaking out about this because I did nothing wrong,”

Wow.  He doesn’t even almost get it.  Nice guy, making Trump proud.

The convention will open tomorrow at 11:00.  C-SPAN will be covering it live, schedule is here.  The RNC has an app for the convention, information here.

I really hate the title of this article, Jeanine. It sounds exactly like what the MSM has been touting and makes those in favor of more power to the grassroots sound like nothing more than troublemakers & rabblerousers. In fact, they have been bullied and railroaded into a false “unity” (by Priebus or Manafort’s definition) that is no such thing.

You are right. I will change the title now.

Prefacing with acknowledgement that I probably couldn’t compose one good title or article a week, much less as many as you do, it’s the “Anti-Trump” that grates at me. I know delegates who don’t particularly care for Trump, but will vote for his nomination because that is who the people of their states elected. Even Cuccinelli was willing to accept a Trump nomination. It is the unwillingness to examine the rules and stand by the core values of the party that I find particulary alarming. If it takes a revolt for the intransigent to listen, those who see problems shouldn’t be branded sore losers for speaking up about them. We’re far beyond “anti-Trump.” It’s now about a party refusing to allow courteous recognition of dissenting members.