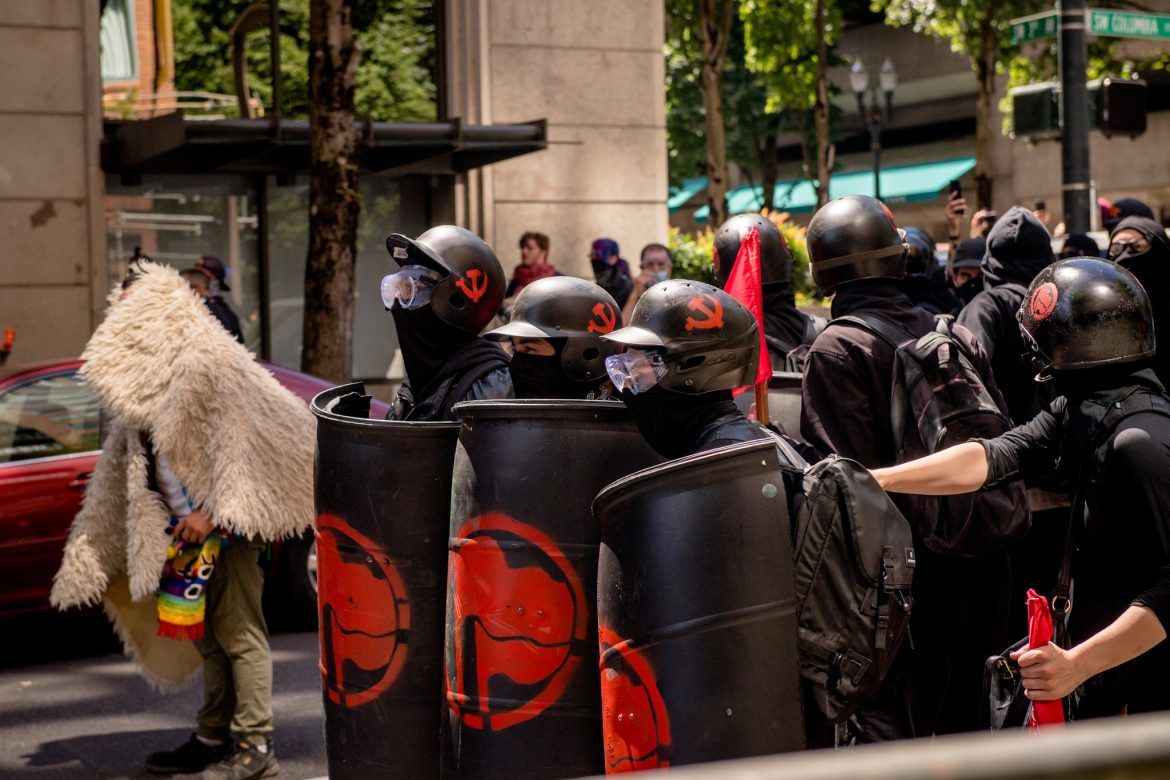 Over the past couple of years, I have written articles about the history and nature of ANTIFA.  Up until recently, however, ANTIFA was ignored as a nuisance at the college and university level.  Finally, and thanks to its promotion of riots throughout America, it has been designated a domestic terrorist organization.

The rise of ANTIFA to a level of nationwide violence shouldn’t be a surprise to anyone.  A sizeable percentage of the membership and leadership of the Democrat Party is openly socialistic.  Bernie Sanders, an open socialist, came quite close to being the Democrat nominee for President.  Only a concerted effort by the key political figures thwarted his ascendance.  (Notably, ANTIFA is now the violent enforcement arm of the Democrat Party.)

The riots and looting by ANTIFA and other anarchist elements of American society have occurred in Democrat run cities whose leaders have openly allowed and even promoted property destruction of businesses as well as law enforcement and government facilities.  The Democrat leadership’s “light touch” approach to rioting and looting is to create lawless areas where anything goes and there are no property rights.  It is likely that the damage to the 50 or more Democrat run, and now looted, cities is in the hundreds of billions of dollars.  The rioting and looting have also led to numerous injuries and deaths.  All of this without much protest from Democrat leaders.

The ANTIFA thuggery is not unlike that of the KKK.  The difference is that ANTIFA has an anti-American, anti-Constitution and anti-capitalist motivation rather than a racial motivation.  In this regard, ANTIFA members are well supported by international socialist organizations and known enemy nations.  They are also well supported by American entertainment, education and news organizations that promote, hide or excuse the violence under the banner of social justice.

ANTIFA’s tactics are not much different than those employed by the vaunted Roman legions.  The Roman shields were used to blunt the onslaught of the enemy.  ANTIFA’s human shields are unarmed “sympathetic” ANTIFA members placed at the front of their charge.  Behind the shields are the sword and spear infantry – or, more appropriately, the violent “object throwing” aggressors.  As the police retreat so as not to appear overly zealous, the violent elements of ANTIFA move forward and attack behind their human shield.  They are free to loot or destroy the now cleared areas.  There are, of course, other tactics such as small group “burn and loot” attacks or “hit and run” attacks on the police who have been put in the unenviable position of being passive in the face of extreme aggression.

The elimination of ANTIFA is necessary if America is to remain a beacon of life, liberty and the pursuit of happiness.  The “rule of law” and not man is being tested – and it is unfortunately being abandoned in far too many places.  The question in the end is whether America will remain a coherent nation or whether it will become but another failed experiment in socialist history.