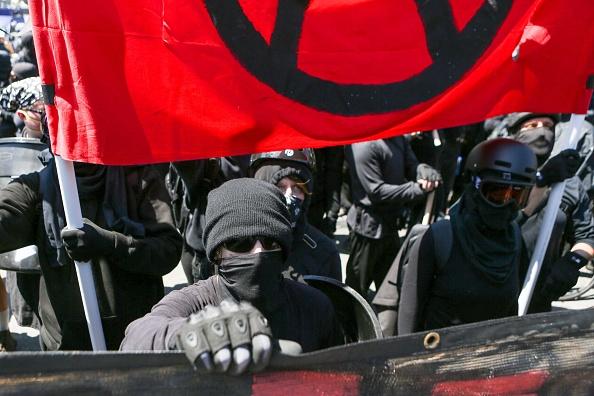 On 27 October 2017, a Twitter user posted that “ANTIFA “Super Soldiers” will behead all white parents and small business owners in the town square.”  This satirical comment was picked up by a number of conservative leaning news and blog organizations – and spread around the Internet as a real story.  The ANTIFA attack was to take place on 4 November 2017, and this is significant, as I will explain later.

“Refuse Fascism” left-wing activists claimed that right-wing militias in Austin, Texas threatened to react in self-defense.  This concerned Andy Zee, a Refuse Fascism leader who said, “ You have to take this stuff seriously because some of them really believe it”.  He was, of course, referring to the right-wing – but what if people on the left took it seriously as well?

I am not going to claim here that the Devin Kelley, the Sutherland Springs church mass murderer, was driven by the ANTIFA “Super Soldier” beheading comments. However, before the authorities rule it out, I think it appropriate to point out a few things:  First, this happened in Texas on the 5th of November, the day after ANTIFA’s failed 4 November nationwide protests.  Second, Kelley shot and killed former family members in the church and certainly killed a lot of white parents and small business owners.  Third, he was dressed in the all black garb that is symbolic ANTIFA dress.  Fourth, his social media and personal history profile fits the type of left wing radical that would be driven to violent acts against Christians and conservatives.   Fifth, per Texas law, Kelley should not have been able to buy a gun.  Thus, he committed a crime to obtain the gun.

The media and law enforcement officials have appropriately painted Kelley as a peculiar loner who had previously committed violence against his wife and child.  This violence had led to a dishonorably discharged from the US Air Force and a divorce.  I suspect that this will be the foundation for the unfolding story.

The reason I write this article is that it is a very familiar story throughout Western Europe.  The authorities immediately brand extreme violence as the act of a madman.  They treat each incident of murder and mayhem as if there is no connection to anything else.  This excuses ANTIFA Europe for the support they give to criminal behaviors that are clearly associated with their socialist and communist ideology.  It does the same for Islamic inspired terrorist acts.

To ignore ideology in the commitment of major crimes like the Sutherland Springs massacre or the recent New York City terrorism by truck attack is both foolish and dangerous.  If history teaches anything it is that ideology can be the foundation of any evil act or acts.

Thus was published as a full page ad in the NY Times.

It is now being reported that Kelley yelled “Everybody die, motherf—

Just read a report that an ANTIFA group from Austin,TX warned that something big was going to happen on 5 November. Their post also had a picture of about 8 or so ANTIFA dressed in all black wearing white horror masks similar to the dress and mask used by Kelley. This still doesn’t confirm a connection but does add to the weight of Warren’s hypothetical speculation.

I like this site a lot, but this is too speculative to be the lead thread, especially on Election Day.

A month of Gillespie vs Northam and the constant speculation about every Virginia race is, at times, a bit too much. Mercifully, the election ends today and we will only be treated to a week or two of assessments. A change of pace is nice to see.

Yes over!
Well on the bright side no illegal immigrants have been run over today by a white guy in a truck.
But….
At least two more of Raymond Woods KILLERS were charged today with Capital Murder and yes after they tortured him they ran him over with a Honda.

Dr. Warren’s article reminded me of something else.

Within the past year, there have been three mass casualty attacks against Republican and conservative groups of people. You have the Hodgkinson shooting of Congressional Republicans, the Paddock massacre of a conservative crowd in Las Vegas, and now the Kelley massacre of a Baptist church group. Conversely, no group of Democrats has been similarly attacked.

Before the past election, Project Veritas exposed Bob Creamer, democrat dirty tricks operative, who said that crazy people are useful because they will do almost anything. Certainly, democrats are being driven crazy by Trump and the craziest of them might be more than willing to randomly kill as many Republicans or conservatives as they can find.

If this is what is happening, then there will be more of these mass casualty attacks by crazies of the left driven to violence. Republicans should point out this possibility even though they will be called conspiracy theorist and ridiculed. (Essentially, a warning shot across the bow of people like Schumer, Pelosi, Alex Baldwin, or these late night talk show hosts is appropriate.)

Do we know why this fool shot up the church

No. The authorities said there was no political or religious motivation so they were assuming that it was a family issue that drove the massacre. However, there was only one family member, a grandmother in law, at the church when Kelley committed his massacre.

Have you seen the social media info on Kelley – or just what the media has spoon feed you?

I am actually agreeing with your response to John – there was no political or religious motivation. My beef is with Bobby who writes this silly article despite evidence against what he projects

The article may be premature, but it makes a point about the foundation of these shootings that cannot or should not be dismissed out of hand.

I provided you with specifics. The only new specific is Kelley was in a mental hospital in 2012. That adds to the lone crazy argument but doesn’t say anything about motive -why now for example?

How about you provide facts on motivation.

oh, so you don’t have any specifics about Kelly being anti-church or whatever you want to claim? How interesting that you made up stuff….again

You point out the problem quite nicely. The authorities have locked everything down so you only get what they want you to know. Yesterday, for example, the ATF refused to release anything about the guns used by the killer even though withholding the information had no particular relevance to the story. Thus, you have people assuming things about the nature of the weapons, the number of shots fired, and more. I found the ATF answer silly and disturbing at the same time.

He was having some kind of dispute with his ex mother-in-law, it was her church but she wasn’t there at the time.

Probably a baseless conspiracy theory of some sort.

At this point, no motive has been ascribed to Kelley – except it is not political or religious. Here is the problem, if you have no motive then don’t eliminate potential motives. That is the point of this article.

Media reports that he was an avowed atheist. Once again, which mind/mood altering prescription drugs has he been prescribed?……

You can look into his eyes and see a problem.

Yes Jim,
I have declined many a job because of thier look in thier eyes, before I am called racist they were all White and had rotting teeth meth mouth like I call it.
Some people look like death has poked a straw in their face and started to suck the life out of them. With opioid and anti depressants the youth have gone to hell and a handbasket.
Give me the one that looks thuggish or country redneck that is just a style.

He was also a social justice warrior. Media, once again, massaging the story.

John: this story has gotten much worse. The family connection is falling apart except for the church selected. He went there to kill everyone. See drudge