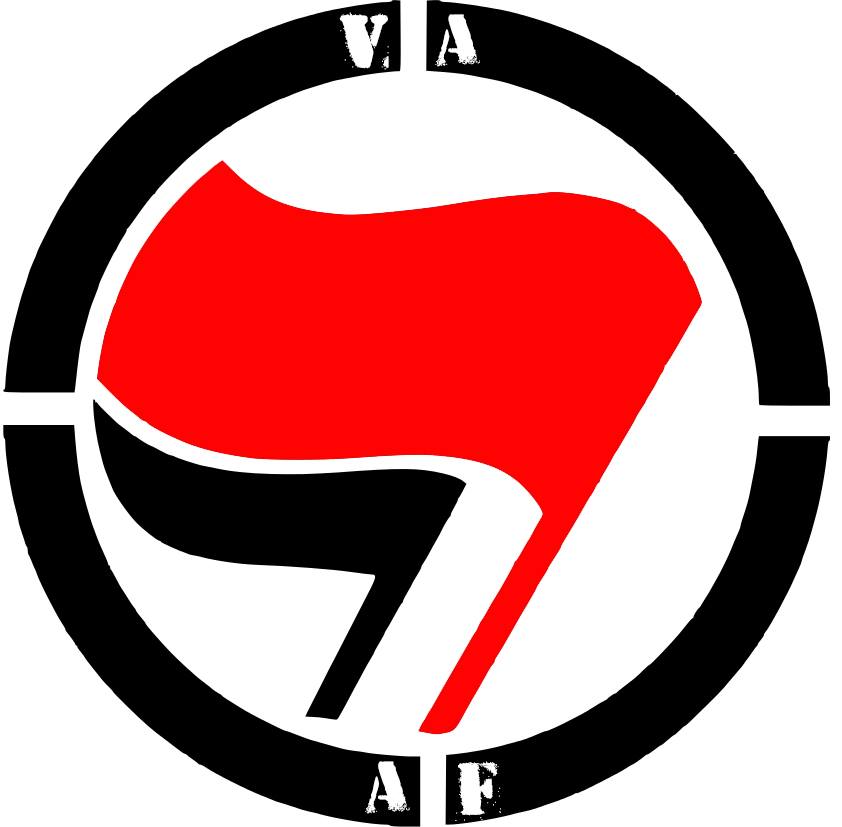 Antifa: No USA at all

There have been a lot of apologists for Antifa, most on the left but some on the right.  How will these apologists spin the recent Berkeley violence that produced the following chant:  “No Trump, No Wall, No USA at All”. Victory for Antifa is the complete destruction of American society – and they are proud to say it out loud.

Virginia has a couple of Antifa branches in Lynchburg and Southern Virginia, and elsewhere.  Contrary to the media claim that the Antifa groups in Charlottesville were mainly from out of state, these active Virginia Antifa were there.

The Southern Virginia Antifa has a Facebook page.   There are plenty of pictures of Antifa in black costume obviously prepared for violence.  One of the more intriguing comments was that the Democrat Party needs to kick white people out.   Antifa favors burning down the American Plantation, the hating of hometown, the end of politeness (as if previous violence was somehow polite), opposition to the theft of native lands, legacy and lessons from the Black Panthers, and a really strange guy involving red bread redemption.  There is much more on the site if you wish to pollute your mind with gibberish.

The Lynchburg Antifa has a Facebook page.  There are lots of pictures seemingly less violent but containing the usual anti-American drivel.  I particularly appreciated the picture of Chelsea Manning as the only soldier the Lynchburg Antifa supports. (She was released from the terrorist organization known as the US military.)  There is a “Punch a Nazi” post that identifies a Nazi as anyone who puts America First, supports Trump, and values the second amendment.  (This latter idea seems strange because Antifa comes loaded with all kinds of weapons and defensive armor.)   Chelsea Clinton even got to post positively about genital cutting (that is OK) versus genital mutilation (that is the same thing but implies cultural shame).  Once again, gibberish reigns supreme.

The bottom line is fairly simple.  Antifa embraces any position, group, idea and goofiness as long as it has an anti-American and anti-Western Civilization flavor.  As crazy as it seems, these people actually believe this stuff and will commit all forms of violence to advance a thoroughly confused, chaotic and criminal socialist/communist agenda.

Marcus Tullius Cicero is quoted as saying,  “A nation can survive its fools, and even the ambitious. But it cannot survive treason from within. An enemy at the gates is less formidable, for he is known and carries his banner openly. But the traitor moves amongst those within the gate freely, his sly whispers rustling through all the alleys, heard in the very halls of government itself.”

It is clear that petitioning The White House to declare Antifa a terrorist organization is a realistic and appropriate response by the national citizenry who are alarmed by what they see here.  Antifa is not anti-fascist, it is fascist and worse.