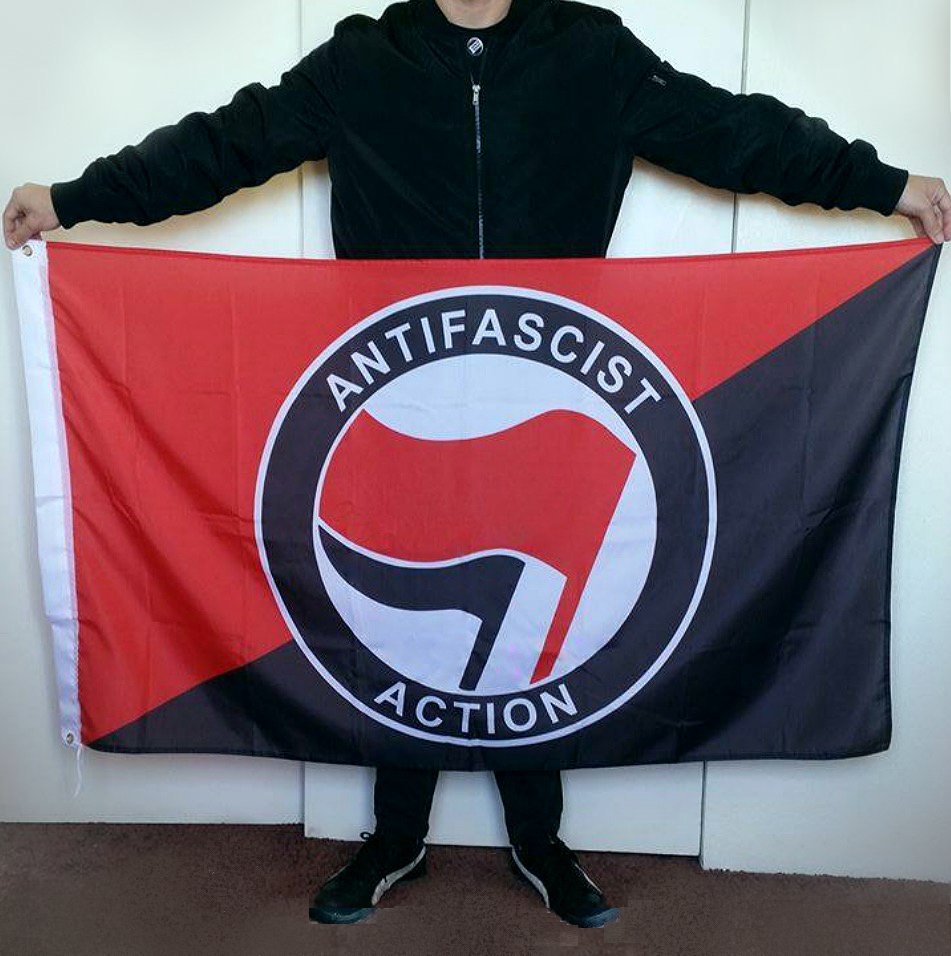 There is a very foreboding undercurrent to the Charlottesville riots and it needs to be addressed simply because it relies on hiding its presence from the American public.  These are the antifas or totalitarian anti-fascists.

The anti-fascist movement was founded prior to WW2 as a counter to Mussolini and Hitler.  Even though the Third Reich was destroyed, the socialist and communist labor movements survived.  They formed political alliances under a variety of names but all with a socialist and progressive focus.  There is no question that the antifas are creatures of the left and violently so.

The antifas were originally contained within the boundaries of Germany and then subsequently the European Union.  Their strength and numbers waxed and waned over time in Europe. However, their ideas and violent tactics have now invaded America as a key part of the American left.  The rise of grievance groups has given them fertile ground to spread anarchy under the guise of social justice.

The violent attacks on Trump supporters, riots in Ferguson and Baltimore, and many other violent attacks across the nation have antifas undercurrent.  Essentially, antifas use governmental acquiescence to political correctness as a rationale for attack.  Antifas are quick to take advantage of perceived weaknesses in policing.  Incidents in Charlottesville, Berkeley, San Jose, and Chicago, as well as protests at academic institution such as Evergreen State College seem disconnected.  Unfortunately, they are not.

As America wrestles with the antifa phenomena of evil, it is important to remember that Ronald Reagan once said,” If Fascism Ever Comes to America, It will come in the name of Liberalism ”.  It appears he is, once again, quite correct.

[…] my previous article, I described the history and activities of Antifa. There is no question that its presence is found […]

They are anti-America fascists.

Funny how you hide in the shadows and attack people. I believe in the law and the Bill of Rights. You believe in its destruction.

The author is absolutely correct. Antifa, today, lies. They ARE the fascists.

The defacing of the Lincoln Memorial with the words “Fxxx Law” are straight out of the antifa playbook. They honor no law except the anarchy and tyranny of totalitarians

You write, “The anti-fascist movement was founded prior to WW2 as a counter to Mussolini and Hitler.”

As a direct descendant of a member of the movement against Hitler, would you be kind enough to explain to me how that was wrong?

Would you be kind enough to look up the history of anti-fascists.

Osama bin Laden originally helped freedom fighters (aka Taliban) against the Soviets in Afghanistan. Would you be kind enough to tell me how that was wrong?

A movement can begin for good reasons and then become evil over time. Hitting women in the head with wooden clubs in the US for wanting to hear a right wing speaker at a college has little to do with fighting fascism in Europe before WW2.

No, the anti-fascists included Orrin Hatch and his brother.

They also included two of my my Uncles who were there on D-Day. One of them came home alive. One of them is buried in the cemetery in Marion, Virginia.

Don’t you presume to preach to me.

Ronald Reagan also said, “there is a time for chosing”.

Unlike you, I can be against evil and embrace law and order at the same time.

The antifas do not want peace or freedom, they want totalitarian international socialism and the end of the Constitution.

Look up their history. Antifa was founded in Europe slightly less than 100 years ago.

I think they want both. They use anarchy to bring down a government. Once the government is destroyed, then what? They would then assume power and the regime would certainly be totalitarian.

That is the history of every socialist and communist movement throughout history and even today in Venezuela.