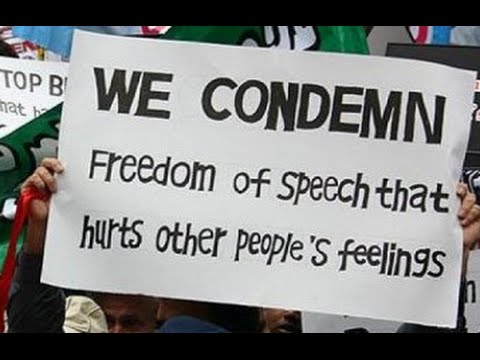 On Tuesday, Ibraheem Samirah, a 27 year old Muslim dentist from Herndon, was overwhelmingly elected to the 86th District House of Delegates seat vacated by Jennifer Boysko, now a state senator.  The district comprises Herndon and much of Sterling in Loudoun County.

This Democrat’s election came despite the fact he made anti-Semitic statements,  as recent as 2014, including that donating to Israel was “worst” than to donate to the KKK.

While the Loudoun County Democratic Committee condemned his remarks, they still worked to elect Samirah and then the chair of the committee, a hothead named Alfonso Narvaez, wrote a long letter  to the weekly newspaper, “Loudoun Now,” listing the condemnation of Samirah, but then dumping on an array of Republican officials, notably President Trump, implying they are racist, sexist, homophobic and xenophobic, too.

In addition to being a delegate in Richmond, Samirah now has his own  Wikipedia entry.

Then, we have two other Muslim Democrats in Congress,  Rep. Rashida Tlaib of Michigan and Rep. Ilhan Omar of Minnesota, who were forced to apologize for anti-Semitic remarks,  yet they still support the Boycott, Divestiture, Sanctions (BDS) movement, which seeks to cut Israel off from world trade, and I have no doubt they harbor anti-Jewish sentiment.  In Omar’s case, it took a number of Jewish Democrats in Congress to pounce on her first before she apologized, but she keeps her seat on the House Foreign Affairs Committee, whereas Republicans stripped Rep. Steve King (R-IA) in January for stating there never was such a thing as “white supremacy.”

And now, we have an African American actor, Jussie Smollett, who is under indictment in Chicago for staging a fake attack on himself, allegedly by Trump supporters, yet he seems to be keeping his starring role in the HBO Series “Empire,”  whereas Roseanne Barr lost her starring role in the remake of “Roseanne” for stating former Obama adviser Valerie Jarrett, who is black, “looked like a character from the planet of the apes” and she apologized, too.  Nothing criminal about what Roseanne did.   UPDATE: HBO has announced they will not use Smollett in their last two episodes this year.

Meanwhile, Democrats up and down the ladder are pushing Gov. Ralph Northam to resign for being photographed in blackface in his a medical school yearbook page, and a few want Attorney General Mark Herring ousted for acknowledging there’s a photo of him in blackface as a University of Virginia undergraduate.

There’s not just a double standard when it comes to conservatives, but it also seems that it’s okay to forgive non-whites, gays or females when they make “offensive remarks,” but if you’re white (especially a white male) you have to accept the consequences of losing your job or elected position – even if the offense occurred when you were a student.

And, who metes out this punishment? It’s basically an unofficial “Multicultural Tribunal” that comprises MSNBC hosts and journalists, and leading Democrats, who seem to take their cues from leftist academia, which deems non- whites, LGBTQ and females a “protected class” of “victims” of white male institutional racism.

MSNBC’s Joy Reid, who was pushing for Northam to resign minutes after he ended a rambling press conference  Feb. 2, kept her show after apologizing for homophobic remarks.  I consider her and co-conspirator Al Sharpton to be prime members of this Tribunal.

Now, when it comes to sexual assault and sexual harassment (i.e., the “me too” movement), being a black male does not help you – just ask Lt. Gov. Justin Fairfax, a Democrat who is being asked to resign due to 13-year-old allegations that he sexually assaulted two women, and former Rep. John Conyers, a Democrat who served decades as a House member from Michigan, who was forced to resign after information surfaced he paid a settlement to a former staffer whom he sexually harassed.

But again, women are considered a “victim” group by the Tribunal.

But what about Jews?  Surely with the October shooting deaths at a synagogue by a white racist, plus the various cemetery vandalism around the globe, you’d think that anti-Semitic statements or actions would be grounds for dismissal?

However, the Tribunal considers Jews well off and white, and so because we have “white privilege,” there is no penalty for a non-white or female to make anti-Semitic remarks.  Only if they take up a gun, and of course, if a Muslim terrorist kills us, the cause is too many guns, not too many Islamofascists.

Besides academic multiculturalism creeping into the political culture, I also believe a number of institutions and businesses are afraid to take disciplinary action against non-whites for their offenses due to fears of backlashes from various advocacy groups, notably Sharpton’s National Action Network.

Take the National Football League, which has failed to enact any sanctions to players who kneel during the National Anthem, in my view because 70% of the players are black and the NFL has no desire to face a boycott by liberals (who are better at boycotts than conservatives, as I noted in this TBE blog last year).

This dichotomy enables former President Bill Clinton to stand on the same stage as anti-Semitic Minister Louis Farrakhan during the funeral of Aretha Franklin, and the national liberal media seem to ignore Farrakhan’s diatribes against Jews.

But again, the national media is filled with people who were educated in these radical universities and so their journalistic standards are colored by the Tribunal’s aims.

This double standard poses serious risks in our society.  What we have here is a new type of McCarthyism, whereby there is no proof needed or “presumption of innocence,” and the media (eager to get clicks on their web sites) are all too willing to play up the foibles of whites who offend, and play down or minimize the offenses of members of the “victim classes.”

Republicans are aiding and abetting this.  Instead of standing up for equal treatment and against rushes to judgment, they fall in line to call for Northam, Herring and Fairfax to resign, and punish their own (like Steve King). Meanwhile, Democrats, coddled by the media and academia, can skate with apologies and get their own elected and keep them in office.

It is a shame nobody is stepping up to challenge the Tribunal, but maybe the Trump administration will finally take a stab at the heart of the problem – cutting off funds to universities that perpetuate this.