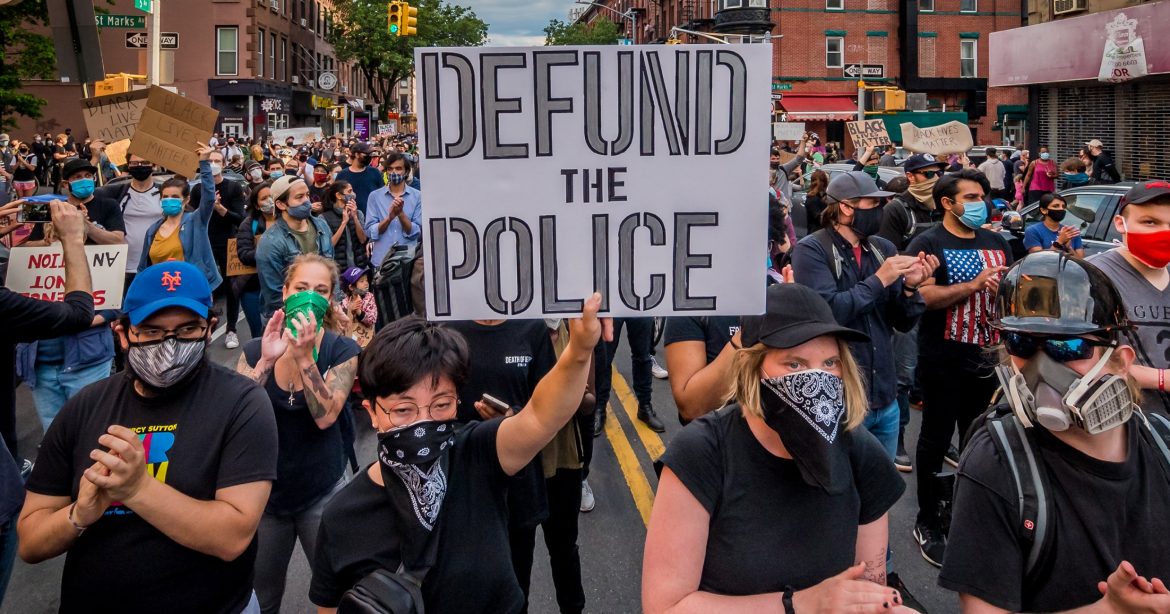 When he returned from Munich after meeting with Adolph Hitler, Neville Chamberlain, then Prime Minister of the United Kingdom, uttered the now infamous “Peace in our Time”.  History tells us that these words were based on the hope that appeasement would be enough to placate Germany’s National Socialists (NAZIs).  As we know now, it opened the flood gates to WW2 and almost cost England, and the world at large, its freedom.  Unfortunately, the lessons of appeasement appear to have been lost.

It was but a few short months ago that violent leftist mobs started their destructive campaign against America.  What started as peaceful protest rapidly exploded into mindless rioting.  But it has taken an even further step to violently assault all the history and structures of American civilization.  The left has launched a campaign of civil war within America’s cities, towns, villages and streets.  Let’s look at the unfolding pattern:

At first, their focus was on confederate monuments – and few were spared.

Next, violence spread to the founders of America.  George Washington and Thomas Jefferson memorials and statues were defaced or destroyed.  The man who put the Americas on the map, Christopher Columbus, suffered destructive ignominy as well.  Abraham Lincoln, US Grant, and Teddy Roosevelt were also attacked.

But the violent left was still not satisfied.  They destroyed religious statuary throughout the country.   They have openly stated their intentions to destroy the images and statues of the founder of Christianity, Jesus Christ.  The mobs have shown a complete disdain for public property and the concepts of private property are meaningless to them.

These mobs, of course, wish to eliminate the rule of law and are attempting to do so by eliminating law enforcement.  A rule not enforced is nothing but words on paper.  “Defund the Police” has real meaning in a society based on blindfolded justice.

The Democrat Party leadership, hollowed out by increasing anti-American socialist sentiments, has not only appeased the mobs under the guise of social justice but even lauded its destruction.  The cowardly Republican Party, fearful of being called racist, has said and done little to nothing.  The notable exception is President Trump.  (Apparently, in today’s political arena power comes from appeasement, not from conviction.)

Businesses have panicked.   Anything that might offend the mobs is at risk.  To appease, time honored black figures are being removed from pancake boxes, syrup bottles, and more.  Even words that may imply a racial stereotype are being removed.  Corporate leaders have tried to bribe the mobs.  Some CEOs have grovelled before them.  “Wokeness “is the appeasement watchword of the day.

Among the worst parts of this situation is that the destruction is open and in-plain-sight lawlessness.  In almost every instance, the police are there watching the destruction.  When the police are asked why they did nothing the general law enforcement answer is “We were told to stand down”.  This open and unaddressed lawlessness has led to a massive gun buying spree by the average citizen.

In a strange twist, the police are not just standing down but actually using the power of law enforcement to aid the mobs.  It is bizarre to read about an honest citizen defending against a mob and then being subject to arrest and indictment.  I remind the police (who I support) of a few things:  An illegal order is not to be obeyed.  The rule of law is to be applied neutrally and equally to all.  Public property belongs to We the People, not to the mobs of the day.  (To be blunt, if you appease the mobs, you create the case for “defund the police”.)

What message is being sent to the youngest Americans?  Is wanton lawlessness acceptable just because it “feels right”, is “socially just”, or “politically correct”?  Or, to put it another way, is a mob’s violent temper tantrum appropriate behavior in any civilized “rule of law” society?  My answer is no.  However, — it appears that the intentions of the left are to eliminate Western civilization and replace it with the historic failures of worldwide socialist government.  Thus, national survival demands that the “rule of law” be applied to these anarchistic mobs, – and applied quickly and forcefully.