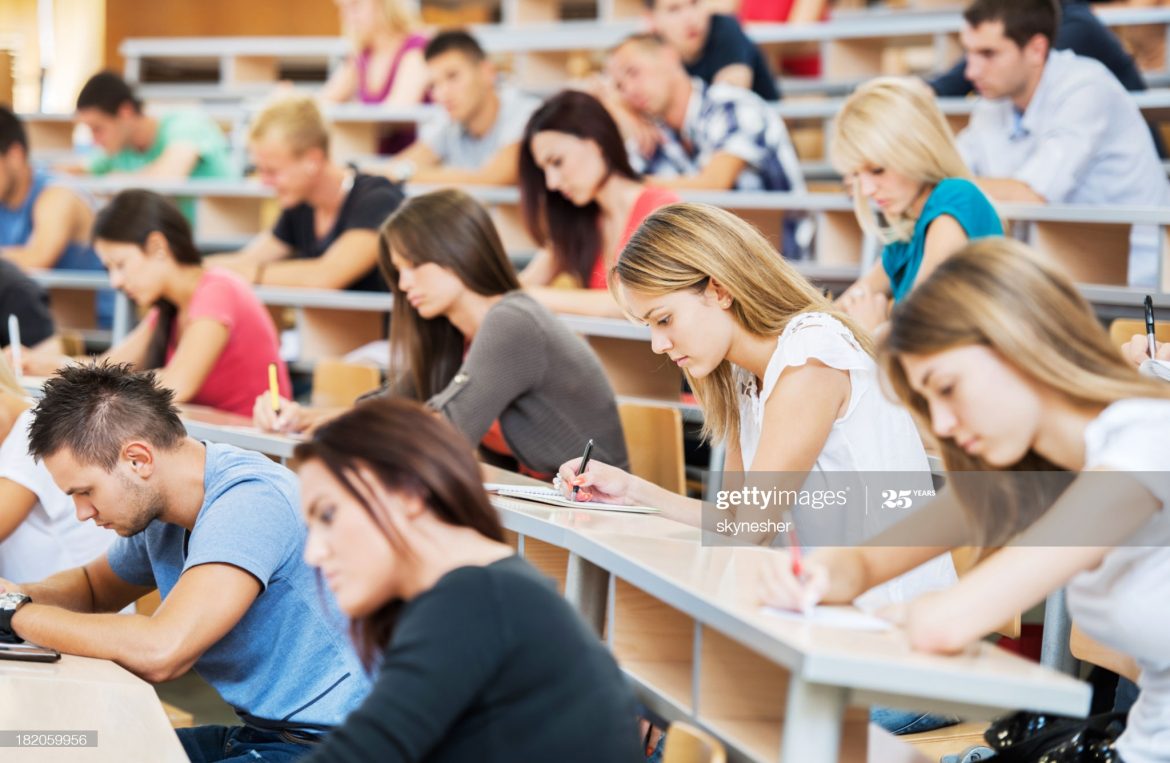 Many Americans might not realize that we are in the midst of what could be called “Political aptitude testing.” Activist groups who want to change the way we live and govern ourselves are testing us to see how far we can be pushed in key areas of our culture. Like college-bound students taking the Scholastic Aptitude Test, we’re taking a kind of preparatory test, the results of which will indicate how amenable we might be to some really big pushes down the road, after we’ve been properly softened-up.

Obviously I’m not the only analyst who’s aware of this political dynamic. Entire books are being written on what’s going on in particular areas of our culture. In this first of two articles I’ll summarize the “testing” that’s going on across the country in Law and Education.

People who want to engineer radical changes in our country understand that the key to doing so is weakening society’s foundation. Of course, that would be our entire system of law, policing, jurisprudence, and governance. If these can be disrupted and perverted, then almost anything else is possible. This is why Marxist groups like Antifa and Black Lives Matter have chosen the police as their first target. If the cops can be intimidated, disarmed and effectively driven off, then a vital element of order and normalcy is rendered ineffective.

Militant groups chose their opening gambit very deliberately. A black man killed when (apparently) unnecessary force was applied by a policeman in Minneapolis, Minnesota, became the perfect launch-point for a nationally organized campaign – framed as a quest for “racial justice” – in cities across the country. The target cities were chosen for the liberal leanings of their mayors and governing bodies. Agitators knew it would be very difficult for those local and state officials to speak out against demonstrators who were ostensibly marching to protest “police-brutality.”

Serious movements to defund the police sprang up like kudzu across the country – even in cities like New York where mayors and commissioners once prided themselves on the professionalism and effectiveness of their police forces. At this writing:

Radical district attorneys in several cities have also added to the disruption of law-enforcement by routinely releasing persons who have been arrested for violent activities. Many of those DAs won election with the help of funding supplied by radical provocateur George Soros. Their revolving door perp-releases have allowed rioters to escape accountability for serious offenses.

Thus, police can truthfully report that they have made numerous arrests, but the reality is that few rioters or other violent felons are actually prosecuted. This gives citizens a false picture of law-enforcement in their cities. “Recycling” the rioters also makes the mobs look bigger than they actually are. Activists hope that bogus magnification will frighten Normal Culture denizens into thinking that they are hopelessly outnumbered. It’s another application of the Big Lie strategy, and a key part of testing how far we can be pushed. Josef Goebbels would be proud.

When the demonstrations turned violent in most cities, officials engaged in a months-long game of “let’s pretend,” attempting to conceal the fact that their jurisdictions were in a state of anarchy. After word leaked out that the “mostly peaceful” demonstrations weren’t so peaceful, Democrat politicians tried to blame the violence on President Trump. This appears to be the theme that Democrats intend to carry forward, through the election. That election will reveal whether Americans have developed the “aptitude” for change and disruption that leftists are hoping for.

Making radical changes to education in public schools and colleges is another area where our aptitude for radical change is being tested. Activists are watching closely to see how far we can be pushed. I see three aspects of this testing that are in play;

Disruption. Insistence by politicians and education officials in numerous jurisdictions that schools be kept closed – ostensibly to protect faculty and students from the COVID virus – has been enormously disruptive to students and their families. Keeping students home has prevented many parents from working to earn needed income. And “virtual” instruction, via computer-links, has hurt students by proving far less effective than in-class teaching. The orderliness of normal school-days, practiced by millions of American families for generations – i.e., up-and-at-‘em, off to school, after-school play, evening homework – has been turned completely upside-down. If you really want to push society to the edge, keep the kids out of school. Better yet, keep them off the playing fields of normal school sports. Stir in some far-left political “demands” by teachers, as a condition for their return to the classroom, and you’ve got a real mess on your hands. We haven’t seen pitchfork-wielding parents storming education offices yet, but it’s still early days.

Corrupted instruction. One positive development produced by this “virtual classroom” era has been the revelation of how far today’s public schools have wandered from the good old Three Rs of yore. Significant numbers of parents, peering over their kids’ shoulders during virtual learning sessions, have been shocked by the radical political subjects that are now part of the curricula. Critical Race Theory – a theoretical social sciences framework that examines society and culture as they relate to categorizations of race, law, and power – has gained widespread acceptance in public schools across the country, via a stealth-campaign unnoticed by most parents. Marxist Black Lives Matter doctrines are also being taught.

In response to parental complaints about the radical curricula, some educators have demanded that parents not “spy” on what the schools are teaching. In some locales this has produced an exodus of students to private schools which offer a conventional education. Evidently not everyone has the same aptitude for change.

Weakened fundamentals. If schools are spending more time on political indoctrination, it’s certain that they’re spending less time on boring, fuddy-duddy subjects like math and reading. Recently, I read that only one in three fourth-graders, nation-wide, is proficient in reading. You don’t have to be a Ph-doctor to see that this portends a real problem, down the line, for millions of young people. If you can’t read well, you have a very limited future in higher education and professional employment.

And then there is the problem of race. For decades, the stubborn gap between the academic achievement levels of white and black students has bedeviled public school educators. Every possible “solution” has been tried to close the gap – from mixing white and black students together (so good learning attitudes could “rub off” onto minorities), to adoption of Ebonics as a recognized black dialect, to setting lower standards for black students. Nothing has worked. But now, like manna from heaven, virtual learning has shown how that pesky white-black learning gap can be closed – not by actually helping minority students to learn better, but by degrading the learning of all students. Voila! By moving everyone toward equal levels of dumbness, via on-line teaching, the gap disappears. Finally (to paraphrase Michelle Obama), there’s something to make you really proud to be an American. (Is this a great country, or what?)

All seriousness aside though, I doubt that educators embraced virtual learning as a way to close the academic gap between students of pale and colored complexions, by degrading the learning of all. But intentional or not, that will certainly be the result if on-line teaching is allowed to continue. More importantly, if parents, educators and other interested parties let it go on, it will send a clear signal to the radicals that our “aptitude” for change has increased.

In a subsequent article we’ll examine other societal areas where our aptitude for change is being tested.