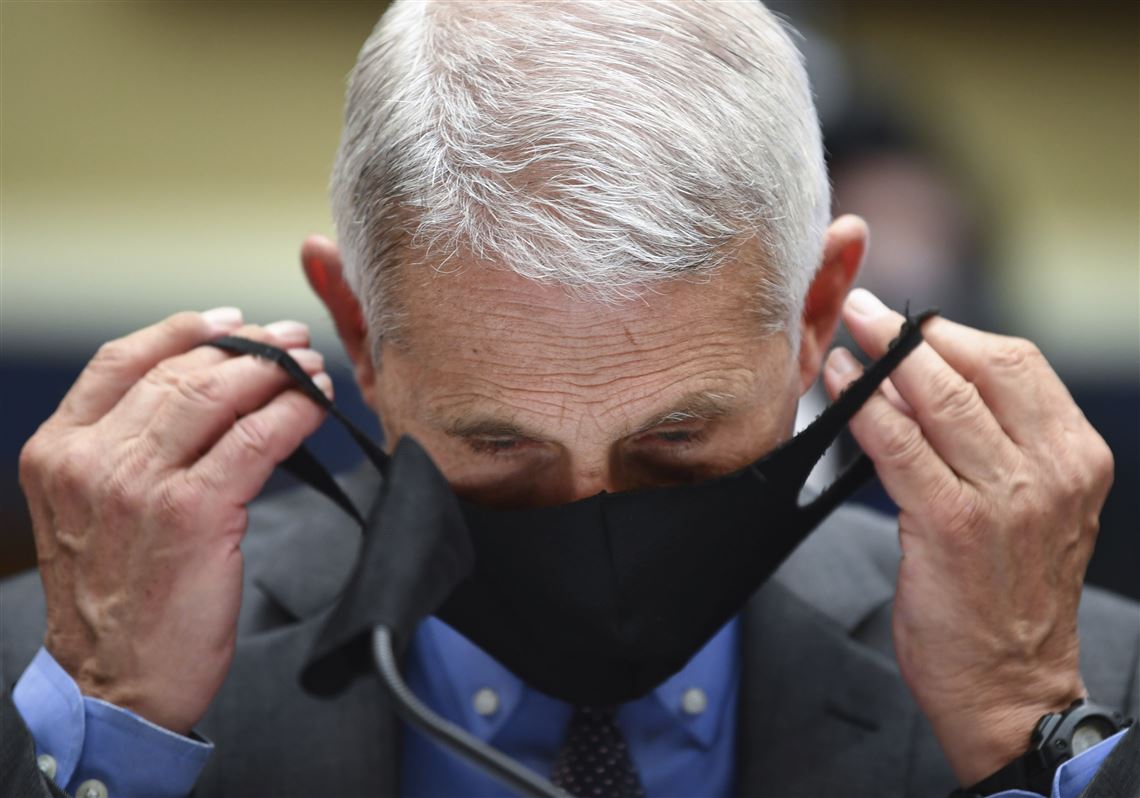 Dr. Anthony Fauci putting on his mask. Fauci has said we may need to continue wearing masks in 2022. (photo source: The Toledo Blade)

About a year ago, I read about the deaths of a couple of Chinese kids who were running track in masks.  They collapsed and could not be revived.  No specific cause of the deaths was reported and the results of an autopsy, if done, were not revealed.  These deaths should concern every American because “masking’ was then and is now considered a fundamental way to minimize the spread of COVID 19.  —– But what if masking not only doesn’t work but actually creates problems.

Apparently, a peer reviewed study from Stanford University makes a science based claim that face masks cannot and do not stop COVID 19.   (The results of this study were posted by the National Center for Biotechnological Information (NCBI), a branch of the National Institute for Health.

Why has the mainstream news media shown no interest in this result?  Why has this peer reviewed study of such critical importance been ignored? Why has Twitter suspended the account of an individual who posted the results of the NCBI study?  Here you have Stanford University, an internationally respected scientific establishment, not just ignored but repudiated by the social media.  My guess is that only certain science that makes a particular political point is considered relevant.

As referenced in the Gateway Pundit, the NCBI study concludes that:

The existing scientific evidences challenge the safety and efficacy of wearing facemask as preventive intervention for COVID-19.

The data suggest that both medical and non-medical facemasks are ineffective to block human-to-human transmission of viral and infectious diseases such SARS-CoV-2 and COVID-19.

Wearing face masks has been demonstrated to have substantial adverse physiological and psychological effects. These include hypoxia, hypercapnia, shortness of breath, increased acidity and toxicity, activation of fear and stress response, rise in stress hormones, immunosuppression, fatigue, headaches, decline in cognitive performance, predisposition for viral and infectious illnesses, chronic stress, anxiety and depression.

Long-term health consequences of wearing a face mask include health deterioration, development and progression of chronic diseases and premature death.

Table 1 below summarizes the situation:

Essentially, the bottom-line question, which doesn’t need to be circled back to, is why are masks being pushed as part of the solution when the science says they are part of the problem?  This politically advantageous and deliberate distortion of relevant scientific information raises other questions.  Is 6 feet of social distancing scientifically valid to stem the tide of the COVID19?  Are the COVID19 vaccinations really doing anything other than making people feel good about doing something – and what about the number of shots?  And fundamentally, where are the treatments?  Is the answer that Hydroxychloroquine plus zinc or Ivermectin plus zinc effective against COVID19.

[…] few weeks ago, I wrote an article that outlined the findings of a Stanford University study regarding the physiological, psychological and medical health problems associated with masking.  I […]