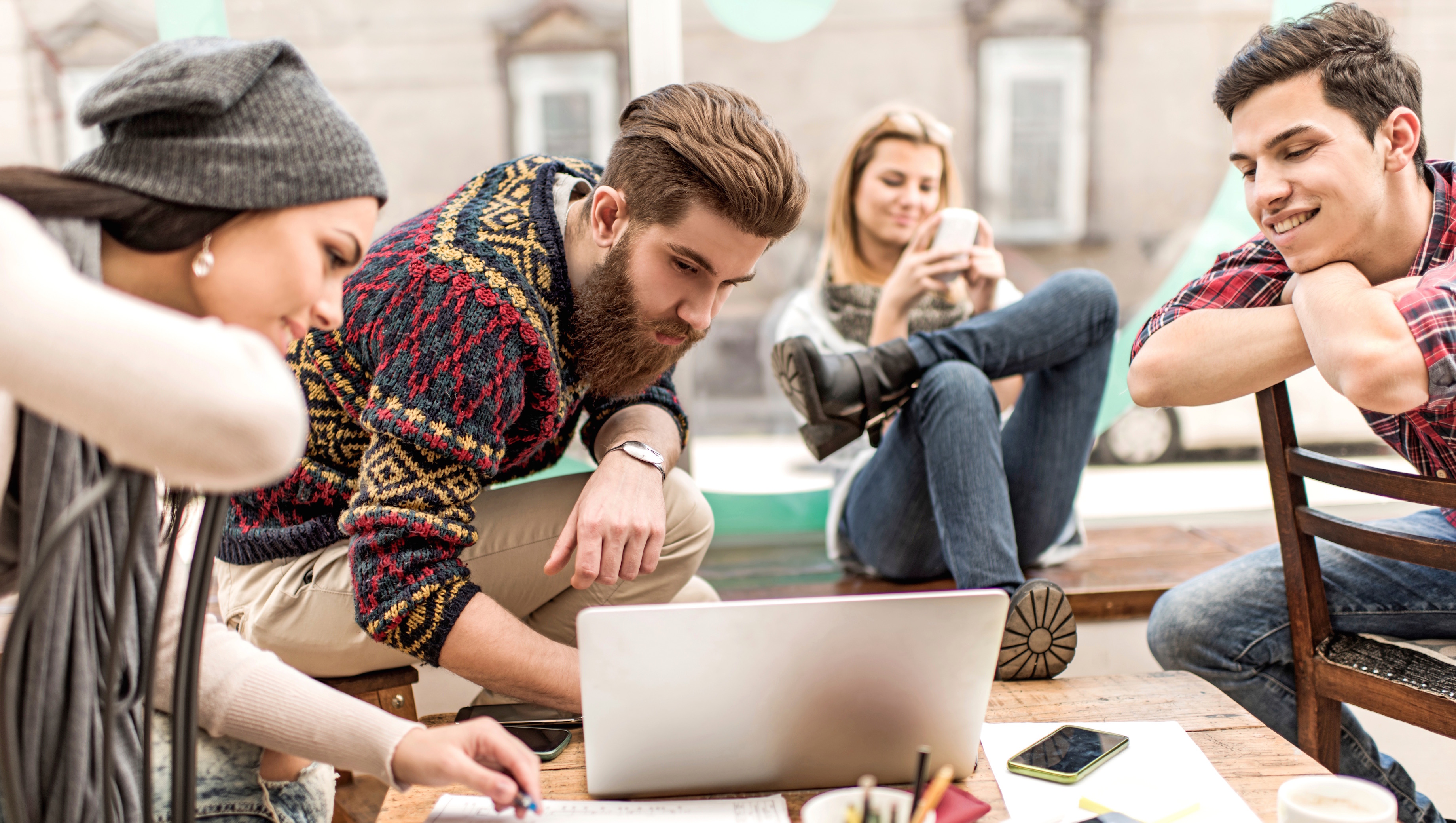 In response to an article I penned this morning, I have received some questions regarding what Millennials actually believe. Are they really “conservative”? Who are their intellectual mentors? Are they capitalists? Aren’t they more likely to support “establishment” politicians who “speak to their generation?” I haven’t wanted to answer these questions, because I do not want to overgeneralize a generation to which I do not belong. However……

The political disposition of the majority of Millennials I’ve met could be easily confused with the kind of cynical corporatism portrayed by many who’ve made quite a lucrative business out of being in Republican leadership on The Hill. However, to assume that this is because Millennial Republicans are “moderate” seems to mistake many of their primary motivations. Generation X’ers grew up with the Reagan Revolution and in the great prosperity of the Clinton Years. All of us were working during during President George W. Bush’s administration, but reflect upon those years in terms of the rise of Islamist Terrorism and the great housing market crash. The older Millennial came of age during the Bush Administration as well, but their experience of that time was not one of economic hardship. Afterall, the vast majority of them did not own homes, work in real estate or mortgage insurance. Their experience of the George W. Bush years was one of bitter political division.

In 2007 and 2008, many Republican youths were swept up in the Ron Paul Revolution, and a kind of libertarian enthusiasm swept over the Millennials. Oddly, many of these same Millennials, who did not fully understand Libertarianism, ended up supporting Vermont Senator Bernie Sanders. How is this possible? To begin with, Millennials essentially saw a political climate dominated by two political parties that had failed to keep America out of war and from economic collapse, and who were constantly at each other’s throats. It was not that Millennials were ever very Libertarian (in the case of Ron Paul) or Socialist (in the case of Bernie Sanders), but rather that they have been frustrated by and annoyed with the idea of a bitterly divided two party system, where neither side offered any inspiring solutions to anything. Worse yet, both political parties have ignored the issues facing the Millennials themselves.

The rise of the TEA Party in 2008 and 2009 certainly didn’t create a better climate for Millennials curious about Republican politics. The political civil war which has dominated the Republican Party since the years of Goldwater and Nixon never really caught on with young Republicans. For them, all this fighting and perpetual bickering was repulsive. I think, eventually, they will have a greater appreciation for the events which led us to the TEA Party movement in 2008, but until then, one cannot blame them for being turned off by a party pulling itself apart. What is surprising is that Millennials took an interest in Republican Party politics at all.

Republican Millennials are not necessarily moderate. They are simply unimpressed with both sides of the Republican divide. Furthermore, with three generations of debt looming over their heads, which neither political party seems particularly interested in solving, they have their own issues they want addressed; and if you want Millennials to get involved, to volunteer, or to support you, then you damn well better address them. College Loans and the Federal Debt are two monumental issues for a generation we all told “had to go to college”. Upon graduating from this supposedly necessary exercise in higher education, they quickly discovered that their degrees were no longer worth what they once were. There are 5 students coming out of college for every 1 job in their field. Then they were told that if they wanted to get a high paying job, then they needed to attend graduate school, and rack up yet another thirty to sixty grand in student debt.

For those who have bothered to read this far, hoping to discover whether Republican Millennials are conservative, I believe you are beginning to realize that I am not going to answer that question. Why not? Because Republican Millennials have yet to discover what they are going to be. Some will end up moderate and some conservative; but their ideological destinies are far from decided.

Millennials are essentially political Nominalists. That is, they are not ideologues. They aren’t really going to buy into something called “Liberalism” or “Conservatism”. They use the language (what is essentially “our language”), but they don’t take it all that seriously. They want practical solutions to actual problems and they understand that they don’t have a great deal of time to waste. The one thing that Ron Paul and Bernie Sanders (and even Donald Trump to a lesser degree) have in common, is that they appeared to be fighting both political parties in order to solve problems. Whether it’s socialism or libertarianism wasn’t the point, at least not for Millennials.

For those looking to coopt Millennials onto your side of the Republican Civil War, forget about it. I don’t think they are interested.

But they are interested in the financial and economic security of this country. They are interested in a government that governs effectively. They are interested in having a better country in thirty years than the one their parents and grandparents have left them. Millennials will be the first ones to tell you that they don’t have all the answers, but if any of us older and wiser folks had the answers, why haven’t we implemented them? The Republican Millennials I’ve met are searching for answers intently and they aren’t wasting time; they know they don’t have time to waste. They aren’t looking for solutions that only benefit them. They are willing to sacrifice quite a lot in order to have the kind of economic opportunity their parents and grandparents enjoyed.

If you are worried that Millennials will go astray, then mentor them. But do not expect them to care about the issues you care about or look at the world the way you look at it. Republican Millennials are not stupid and they do not want to be used. They are likely to demand a fair exchange of advocacy and ideas. Can you blame them?

Post Script: I am not a Millennial, so I cannot rightly speak on their behalf. I am simply explaining my own impression regarding a generation that faces unbelievably difficult obstacles not of their making.