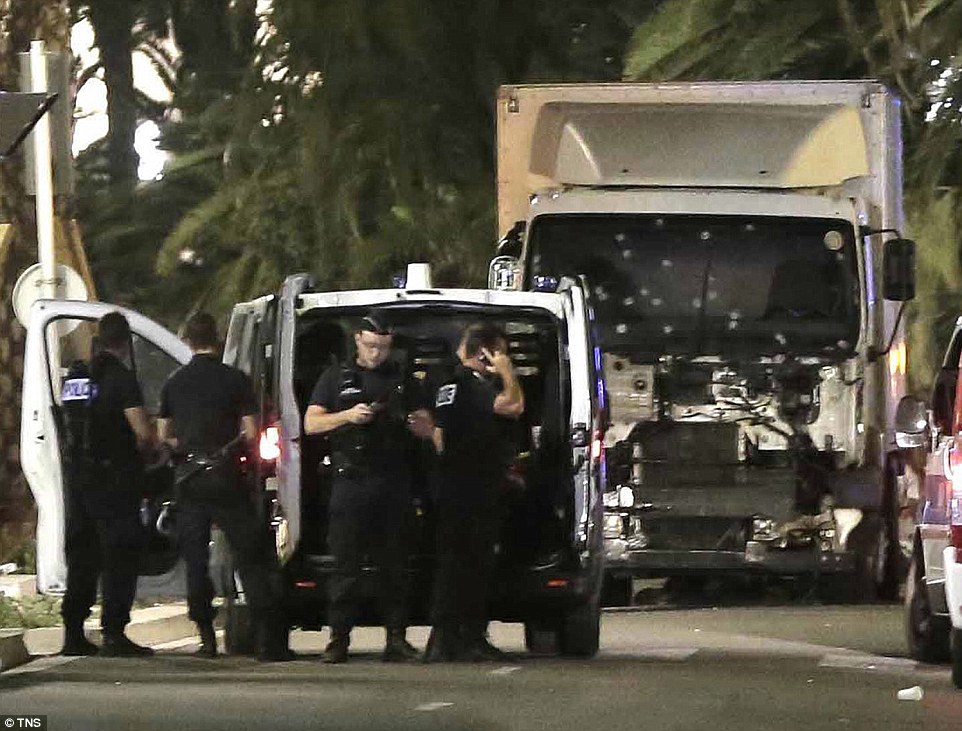 Are We Ready to Do Something Yet?

When I saw the picture last night of a little child lying in the road, covered by a shroud with a baby doll beside it, it nearly broke my heart. Hearing the news this morning that nine other children joined this innocent soul in Heaven filled me with an anger that is hard to contain.

Reading that the killer was shouting “Allahu Ackbar!” and social media accounts linked to ISIS were celebrating and encouraging ISIS supporters to use the hashtag #NICE tells us all we need to know about the “why.”

The more important question is, “what next?”

Are we ready to do something about radical Islamic terrorists yet?

Are we finally ready to crush ISIS once and for all?

Or are we still too concerned about hurting somebody’s feelings by calling this what it is?

Are we still going to try to shift the blame to some social injustice perpetrated by America or the West?

Are we going to take action, or just satisfy ourselves with using the Hashtag #PrayForNice and change our Facebook profile photos to add a French Flag in the background…again?

We all know what we need to do, but nobody seems to want to do it.  As Charles Krauthammer said last night,

As I have written before, if they want to die a glorious death trying to kill infidels, let’s go over there and give them what they want.  Let these terrorists face American soldiers instead of allowing them to kill more innocent children.

Are We Ready to Do Something Yet? was last modified: July 15th, 2016 by Mick Staton

If you don’t have a gun yet, buy one. And, magazines, ammunition, a holster, and so on. Get a concealed carry permit or move to a state that does not require one. Then carry, all day, every day. If the opportunity arises, shoot back!

The least we can do is ban really big trucks.

We already banned automatic weapons and hand grenades, so it have been the truck …

What the hell is it with this ‘we’ stuff? WE already sent troops to fight these cretins. The Europeans sent their uniformed Peace Corps.

WE have been screwing around for 12 years to take care of what was supposed to be a one year deal curing the problem instead of making bigger ones. WE did that because our coalition partners didn’t want to make the middle east angry at them.

Well, it didn’t matter and now those countries are taking all the hits. Maybe when the EU bureaucrats decide to send warriors instead of diplomats, THEN maybe WE might get involved.

Even nuking the bad guys isn’t going to stop some crazed dumbass from running a truck into a bunch of innocents in France. You would have thought the Iraq war would have taught you that by now.

“Are we ready to do something yet?”

The word that infuriates me the most in this question is “we.”
There is no “we” in this country; the days of “we” are long gone.
Until Americans that still believe in the principles of the Founding Fathers reemerge with the power, the answer to the above question is an emphatic NO. And as far as sending American soldiers to deal with the Muslim killers, forget it with the current rules of engagement, authored by the pro Muslim US gov’t. Until the American military has their hands untied from behind their backs this so called war will be lost.

Breaks my heart and infuriates me!

The first step is a formal congressional declaration of war which is what Trump has advocated and Clinton has avoided and mumbled about. Such a declaration empowers the government to take extraordinary measures in the use of national assets. Short of such action, nothing can or will change – and there will be more Islamic terrorist attacks. I would not be surprised to see attacks launched during the Republican and Democrat conventions and those attacks do not necessarily have to be at those conventions to disrupt the presidential races.