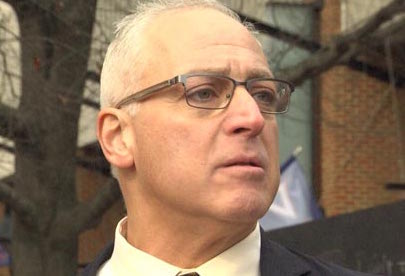 Assets and Liabilities in the 5th District Congressional Race

Delegates to this Saturday’s 5th Congressional District Convention will decide who they will nominate to replace the retiring Robert Hurt on May 14th in Nelson County. Leading candidates appear to be Michael Del Rosso and Del. Tom Garrett, followed by Jim McKelvey and the young Joe Whited.

All four candidates are talented, committed, and passionate about how they want to lead and improve the way things are done in Washington. (Full disclosure: I’m not in the 5th, but would probably be voting for Tom Garrett if I were). Â Garrett, Del Rosso, and McKelvey all seem reliably conservative, while Whited has exhibited a thoughtful and earnest centrism that likely puts him out of step with the prevailing sentiments of the 5th District.

All four would be a much better fit for Virginia and the 5th District than Democrat nominee Jane Dittmar, the liberal former Chairman of the Albemarle County Board of Supervisors, who is mounting a campaign set on returning the seat to Democrat hands after the ouster of Tom Perriello six years ago.

But one of these Republicans appears to bringÂ a little more baggage with him than the others, and a lot more ammunition for Dittmar.

Candidates for the House of Representatives are required to file a Financial Disclosure Report. In this report, they must list assets held for the purpose of generating income, including stakes held in private companies, and other investment vehicles. They must list employers and other sources of income, and business positions held. They also must list liabilities, including loans and other debts (but excluding mortgages on personal residences). Â You can search these forms yourself here.

According to his own disclosures, far from being a successful “technology executive” as he claims on the campaign trail, Michael Del Rosso is actually “Chief Executive Officer” and 100% owner of two completely worthless companies. The only company of any value in which he has a stake is Nimaya, Inc. Though that company’s website does not appear to have been updated in the past six years, it lists Del Rosso as CEO and head of sales for the U.S., Europe, the Middle East, and Africa.

Which is why it is curious that Del Rosso lists no income from Nimaya this year. Â Or last year. Â  And no income from the other entities he claims to own and operate as a CEO. In fact, as of April 15, he’s had no earned income at all for 2016, and lists no other investments or reportable assets of any kind…not even a 401(k) or an IRA.

So he’s essentially unemployed, deeply in debt, and has run the two businesses he owns straight into the ground. Â These are the facts of Del Rosso’s own disclosures.

Those facts are, to be polite, somewhat inconsistent with the candidate’s desired narrative, but it’s no wonder he’s seeking the $174,000 salary lavished on a Member of Congress.

More importantly, what this Financial Disclosure report reveals is a character problem. When a man makes hay about being a successful CEO so that people will vote for him, it matters when those companies he purports to lead are worthless. It sure looks great to list these essentially fake companies on a resume, and to tell voters repeatedly that your business experience as a CEO is one of your qualifications. But it’s dishonest and deceptive.

It’s also deceptive to say that he’s good at what he does when those companies became worthless while he was CEO. Jim McKelvey’s report offers a stark contrast in that regard.

The deception fits a pattern. Del Rosso appears to have told the world for quite some time that he went to New York University. Which appears to be true. The implication, though, is that he actually graduated from NYU. He did not graduate from NYU or any other college or university. Putting NYU on professional biographies and the like (most of which have now been scrubbed, by the way) is dishonest. Â All of this in turn calls into question the veracity of many of his other claims.

I could go on, but I won’t, and I won’t comment on other matters that have been hashed out on Facebook. I respect Del Rosso for jumping into the fray, and for advancing conservativeÂ beliefs. It’s not an easy thing to do. I’m not out to destroy him. A whole lot of good conservatives whom I respect, including a lot my friends, are backing him, and not without reason. ButÂ they should make sure they’re backing him for the right reasons.

As Tom Perriello so painfully illustrated for us, the 5th District isn’t a 100%-safe district for Republicans. If Del Rosso is the nominee, the Democrats will have this and much more to come after him with. For some, it may make little difference in whom they support for the nomination. That’s fine.

But they should go into the Convention with their eyes open.

Assets and Liabilities in the 5th District Congressional Race was last modified: May 9th, 2016 by Chad Ochocinco

We have a wonderful field of candidates but none of them can hold a candle to Tom Garrett. He’s tried-and-true and his voting record is impeccable. Thanks for the article . Minor Eager. Fluvanna County

I have to disagree with you Steve. Good reporting would have been to contact the subject of the “analysis” of the article and get some context. Otherwise, it appears (on the surface) to be a hit piece. I expect better of Mr. Albertson.

I’m for Garrett, but to be fair one of those is a car loan and he’s got two credit cards with balances. But the rest of the analysis is correct, although irrelevant to 99.9% of voters.

Good reporting, Steve Albertson. These congressional seats are critical at this time in our Republic. We’ve already been dooped by one nominee on how he was this and that and now we’re finding that he’s fake republican. I have no doubt DelRosso is a republican but the financials and lack of honesty on his resume possibly indicate a lack of transparency and the voters of the 5th deserve better. Hopefully, DelRosso can come clean or set the record straight on these issues, it’s to important not to.

I still want to know has he been given a government security clearance? By what agency? At what level? and When?