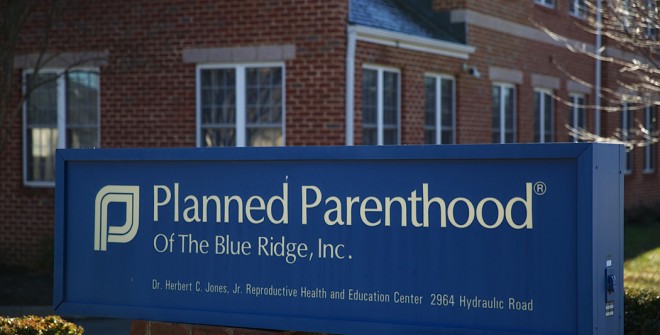 We have shown people a different vision for the office,â€ the Democrat, a Loudoun native, told a crowd at the Holiday Inn Washington-Dulles.

Herring said that his office has been â€œfighting for the basic human dignity and rights of all Virginians,â€ and he outlined legal positions heâ€™s taken that reversed course from Republican Attorney General Ken Cuccinelli, who served immediately before him.

This came on the same day that Herring ruled existing abortion clinics around the state do not need to meet the same standards required for other outpatient surgery centers. Apparently women having abortions are not as important as people having other medical procedures. From bdtonline.com,

â€œThe previous administration provided incorrect legal advice to the Board of Health and intervened in a process that is supposed to be driven by medical professionals,â€ Herring, a Democrat, said in a written statement. â€œThat inappropriate intrusion produced regulations that would impose a de facto abortion ban in Virginia by forcing many health care facilities to either shut down, leaving thousands of women without access to critical services, or to stop offering abortion services.â€

This was a big victory for pro abortion supporters in Virginia. Â The law was passed in 2013 making abortion clinics more sanitary, adding more staff training, and higher standards for equipment, the same standards as any other outpatient surgery center in Virginia. This law came after the trial of abortion doctor, Kermit Gosnell in Philadelphi. Gosnell was sentence to 30 years in prison for killing women and babies in his substandard, filthy, abortion clinic in Philadelphia. Now Attorney General Herring has negated the law passed in Virginia, allowing abortion facilities in Virginia to provide the same substandard care to pregnant women and babies in Virginia, while claiming that he’s “fighting for the basic human dignity and rights of all Virginians.â€ Â Except woman and unborn babies. Â They are expendable.

Attorney General Herring Claims His Focus is Helping All Virginians (except women and the unborn) was last modified: May 5th, 2015 by Jeanine Martin

Attorney General Herring Claims His Focus is Helping All Virginians (except women and the unborn) - The Virginia Free Citizen May 6, 2015 at 8:49 pm

Granted I have never read the actual state statute under question regarding these health code standards passed by the General Assembly in 2011 but they seem on the surface pretty straight forward. The article is unclear on what basis Herring re-interpreted the statute other then to claim an original legislative intent not reflected in the law and concurring with the state’s board of health who initially voted to exempt existing clinics from the building standards. If his claim here is that a state board should be allowed to simply override passed legislative statute because they disagree, then that seems like a pretty weak argument to me. Unless their is textual ambiguity where none apparently exists why would the Republican legislature allow him to proceed with this legal re-interpretation? At the very least a court challenge seems called for. Am I missing something?

What kind of message does it send women that our own County Attorney, Leo Rogers, and our supervisor, Shawn Williams, seem to have a domestic violence/abuse issue? This current board hired Leo and has not called for Williams to resign. Not good.

Agree. The message is ‘we don’t care about things like that, we don’t care if our public officials commit heinous crimes against women”.