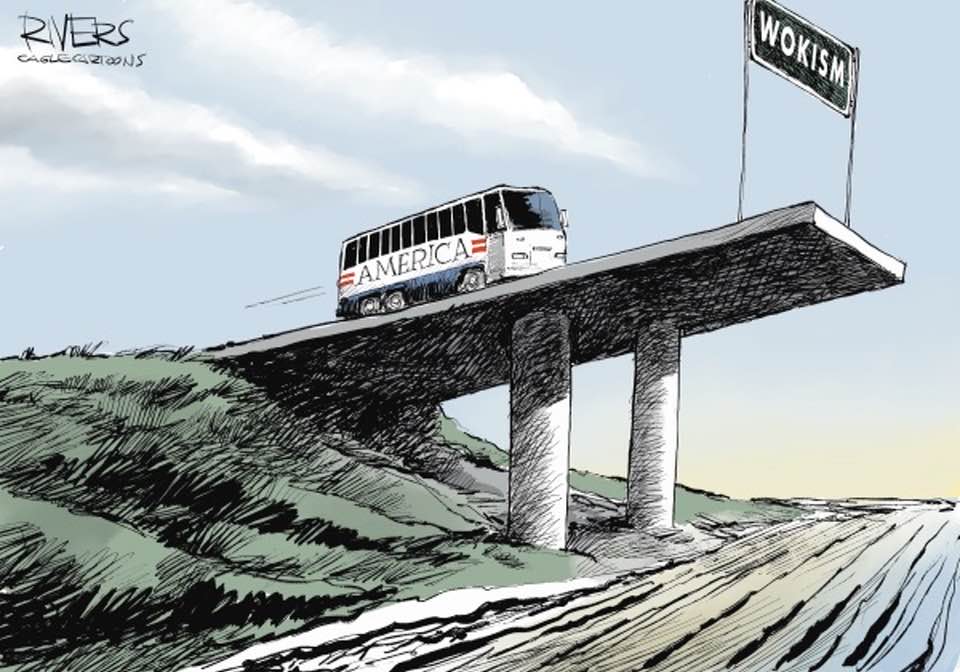 "Even if the Democrats don't care about the threat of the radicals to the U.S., at least they can be concerned about their own survival."

The overthrow of Fairfax County Del. Eileen Filler-Corn as minority leader in the Virginia House of Delegates is just another example of how the Democratic Party –and more importantly, our nation – is being ruined by the Leftist socialist activist agenda.

It is not unusual to oust the leader if you lose control of the House, but why this happened now vs. when the caucus met in the fall is beyond me.  But again, Nancy Pelosi has kept her speakership despite Democrats losing control, too.  The media are not getting the full story,  choosing to be nice to the Democrats.

Supposedly, the main reason for Filler-Corn’s ouster was that $900,000 in contributions to the House Dem Caucus was unspent as of election day, and so the reasoning goes, that is why the House went to the Republican, and she is no longer speaker (the first female to hold the position).  Finance reports, however, say the cash on hand was more like $123,000 as of Dec 31.

So, if it is not due to the money and loss of the HOD, then what is it?  Perhaps a power play by black Democrats to assume control of leadership positions.  This was, after all, engineered African American Del. Don Scott of Tidewater.   But Charniele Herring, who is black, was barely re-elected to her leadership position.  Perhaps she will be in line to replace Filler-Corn, as no vote for her was made during Monday’s Democrat caucus.

I believe the Democrats buckled and ousted Filler-Corn because their African American colleagues wanted it this way, and when blacks show anger, white liberals buckle, as I noted in this prior article about the undue influence of NAACP Chair Michele Thomas in Loudoun County.

In the near term, I do not see this helping the GOP and Glenn Youngkin’s agenda that much since his problem is in the Democrat State Senate, not the GOP-controlled House.   But the ouster of this liberal leader, and darling of the news media, is symptomatic of the larger problems facing the Democratic Party in Virginia and the nation.

When the Democrats took over the HOD in 2020, they passed over Del. Ken Plum of Fairfax County to be speaker, who had more seniority.  But he is a white male and Democrats are all about satisfying the racial and sexual orientation slots, as we see in Joe Biden’s cabinet.

So, Filler-Corn being female and Jewish fit the bill for the moment.  She became popular among national media that were just dying to report on the “New Virginia” shedding its Old Dominion Confederate past now that Democrats were in full control!

Much of the Democrat legislative agenda in Richmond has been shaped by Leftist activists and special interest groups like New Virginia Majority.  Virginia Democrats, who used to be more moderate and “blue dog,” cannot stand up to the angry fire-breathing socialists in their ranks, and neither could Filler-Corn, whose career in the HOD was marked by being a bipartisan moderate Democrat.

The attacks on police and legislation limiting what they can do;  eliminating cash bail;  raising the threshold on how much you can shoplift before it is charged as a felony; the release of violent criminals by the parole board, plus Terry McAuliffe’s opposition to parents having some say in school curriculum,  coupled with Biden’s unpopularity and the lack of Donald Trump on the ballot, led Republicans to sweep statewide for the first time since 2009.

Filler-Corn was instrumental in all of this. Rather than trying to temper the radicals in her caucus, she catered to them, even failing to stand up against the unruliness of former self-proclaimed socialist delegates Ibrahim Samirah and Lee Carter.    She, Northam and the top Democrats failed to counter the riots in 2020 that raped Richmond, fearing backlash from the activists.

The irony here is that Don Scott would not have even had a chance to run in 2019 had not Democrat Terry McAuliffe and successor, Ralph Northam, restored voting rights to all felons who did their time.  Scott served seven years in prison on drug charges in the 1990s.

I have been friends with Filler-Corn on Facebook since I served on the Loudoun County Board of Supervisors (2012 to 2015)   I commented on her page when she announced her ouster: “you reap what you sew.”

That’s because the Democrats are now paying a severe price for kowtowing to the radical socialists and activist groups — and we will see it played out in the fall midterm elections, every poll seems to show.

The source of this cancer is neo-Marxism in the universities, which in the social sciences teaches graduates to be activists for social justice.  I have been writing about this  Fifth Column for some four years  and recently encountered a department chair at UVA who supported socialism and said her mission was to “teach students to critique society so they will help create a better world.” That’s neo-Marxism in a nutshell folks, and we Virginia taxpayers are paying for her salary and benefits.

This poison led to the rise of Barack Obama and Bernie Sanders and moved the Democrats leftward after two decades of trying to be centrist.  Leftism has upended our corporations, which are besieged by activists and shareholder groups;  K-12 education, Hollywood and the news media.  Now, the Democratic Party is rotting from it.

Leftist wokeism, grounded in the socialist ideal of “remaking society,” is a deadly ideology based on fulfilling passions and emotions.  It runs up against individual freedoms guaranteed by the Constitution and traditional values, such as allowing offenders to redeem themselves.   Well, there is no redemption among the radicals.  If you are labeled a racist, misogynist or homophobe, you need to be canceled.   Wokeism defies making decisions based on reason and compromise.

But it’s not easy for Dems to kick the radicals to the curb, because they will join the Green Party and split the liberal vote so Democrats could lose even the bluest districts.  However, the Republican Party post-Trump is attracting Latino and other non-white voters.  If we take advantage of this and welcome these new voters and get them involved in the party apparatus, the Democrats could be doomed.

This should give mainstream Democrats an incentive to cut the head off this snake before the bite gets worse by working with Republicans on education reform.  But only if they wake up and stop trying to be woke.

As Mr Joker related yesterday…. diesel fuel is going up ten to thirty cents every day… You soft Northern VA people who count your money from being at the belly of the federal spending beast have no idea the reality of this. As I related to your trolls Martin and Erica… that is the fuel of the working class and fuels what happens in the US.
The Woke are going to get a waking that’s not about crossdressers… This stupid corrupt, clown led country is looking at a hard rain a falling on it. The stupid issues like gay marriage, CRT, the stupidity that blacks are facing Jim Crow in this country (in Minnesota for example.. in deep blue districts like the one where George Floyd lived?????). All that bullish.t is going to the dumpster as the economic reality gets dire…
Uncontrollable inflation… debt bubbles everywhere… the Federal reserve up against a wall that they can’t either QE or the Congress can’t spend its way out of… And God forbid these stupid corrupt clowns in DC don’t manage to push the world to WWIII over the bloody Ukraine…
So Woke is finished.

Republicans are not, and you SHOULD know, post Trump. Biden is a fraudulently installed “president”. The wheels of justice grind slowly and the whole criminal enterprise is slowly being revealed. The key question remains, has the democrat fraudulent vote machinery been damaged or is it back and even better for 2022? I suspect the latter.

werent they free and fair in virginia? can we stop fighting over 2020 and move on to 2022?

No they were not free and fair. The technique for vote fraud was the same as used in other states. Virginia Republicans started to fight and then just gave up. Not enough money or will to fight.

Really now, Ken… get over 2020…?? I think I prefer our problems to yours in the long run. The real problem is that (as evidenced on this very blog) your problems could quickly become America’s problems… there may not be a recovery from Trump v.2.0…

And yet you think there will be a recovery from Biden 1.0. What Americans are headed for isn’t a recession but far worse. What is and will happen is a debacle that will take decades to repair – see the 1930s through the mid-1940s. But since you are a big fan of totalitarianism, you may very well get your way.

The problems of the1930’s and 1940’s began with the original “America First” nationalist campaign of Warren Harding, you know…

The Republicans are anything but “post Trump”. We know, and so should you, that Biden was fraudulently elected. The wheels of justice grind slowly and gradually the whole criminal enterprise is being exposed. The problem remains in the sheer destruction of the Constitution currently coming to fruition. If the 2022 elections are actually free and fair, we have a chance. I suspect that the votes have already been manufactured and ready for the early morning dump in those precincts necessary to keep the house and the senate. If so we are truly lost as a nation.