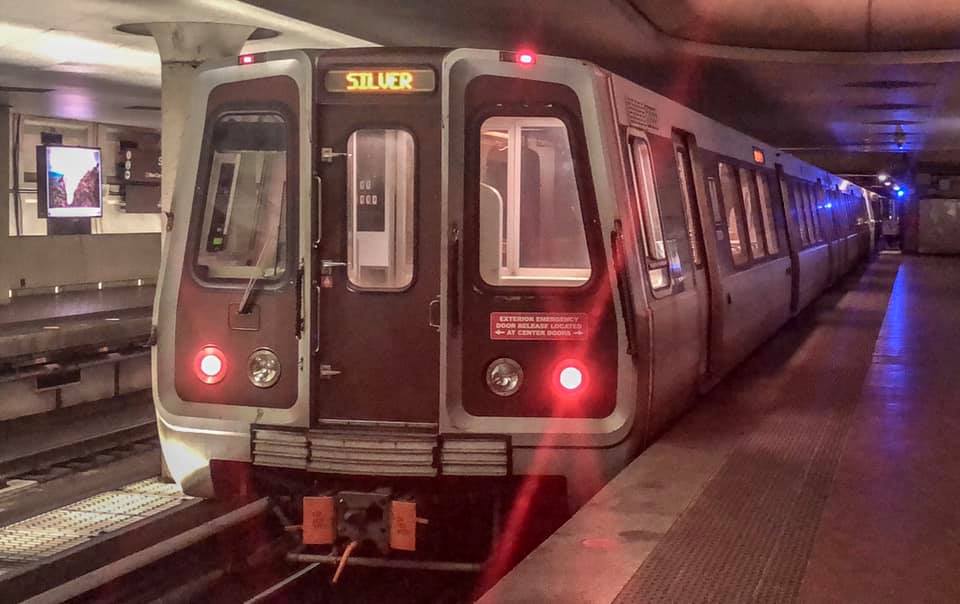 The Big Dig ain’t got nothing on us. The Metropolitan Washington Airports Authority (MWAA) board has approved $250 million in additional funding to pay for cost overruns on Phase II of the Silver Line rail project, which, incidentally, was supposed to begin service in 2018 and Metro officials now hope will begin this fall. Fairfax County will have to cough up $40 million more, Loudoun County $12 million more, and MWAA $10 million more, reports The Washington Post. The balance will be foisted on the motorists using the Dulles Toll Road. By way of comparison, Phase I of the Silver Line was only $220 million over budget and only six months late.

That’s a lot of laptops. Two Fairfax County school employees and a third man have been charged with stealing as many as 35,000 laptops stored in a county warehouse and scheduled to be auctioned. The losses were estimated at $2 million. The laptops were loaded onto a box truck that arrived at the warehouse without the necessary paperwork. Police charged Fadi Atiyeh, owner of Attyah Computer Recycling, as well as Franque Minor II and Mario Jones Jr. who were employees at the warehouse, reports The Washington Post. The Fairfax County HR website says the county has 12,000 workers. That’s three laptops per employee, unless the county is handling the school system’s used laptops as well. The schools have more than 17,000 employees.

Fewer police, more violent crime. The City of Roanoke has seen an explosion in violent crimes this year. The number of firearm-related woundings and killings has surged: nine homicides so far this year compared to six during the same period in 2021, and 25 aggravated assaults compared to 19. Police Chief Sam Roman says the department’s priority is interrupting “the cycle of gun violence.” In addressing City Council, he pointed to more counseling and mentoring services for at-risk youth and the Groceries Not Guns program which exchanges unwanted firearms for supermarket gift cards.

Missing from the discussion, notes a Roanoke Times editorial, is the severe understaffing of the Roanoke police department. The number of vacancies stood at 20 in 2020 but increased to 46 by March 2021. The manpower shortage has reduced the department’s ability to enforce traffic laws, conduct community outreach events such as attending the Juneteenth celebration, or deal with nuisance problems such as sidewalk campers and children using scooters downtown at night.

From the excellent Virginia blog baconsrebellion.com

Here’s a little something for your reading pleasure.

Retired US Army colonel Phil Waldron has been touring the country with a PowerPoint presentation claiming that the 2020 election was hacked by “Italian earth satellites” and “thermostats that were hacked by the Chinese government.” Waldron has now been subpoenaed by the Jan 6 Committee. Read the subpoena at this link: https://t.co/5sayrSQkw2

Waldron’s appearances in VA have been sponsored by “Virginians for America First,” a “voting integrity” crowd located at Liberty University.

Remember when Hillary claimed that the Russians stole the election from her? And she worked up a dossier with Steele to claim that Trump was a Russian Agent? And she gave it to the scumbag FBI and NSA who used it to spy on his campaignj?
And then we had a what.. 20 million dollar investigation of Russia and Trump?
Good times asshole… Your silly little example wasn’t carried on by the mechanisms of a corrupt government… Hillaruy’s was.
You still believe it… You should get yourself a tin foil hate pendejo..

Be careful not to let short staffing issues be just another vehicle for Democrats to place blame upon others for the actions of their degenerates to begin with.

Remember
Democrats;
“What do we want? “
“Pigs in a Blanket”
I haven’t forgotten their (Democrats) summer of violence that they created/started.

I also remember their harassment of anyone who was pro-America. Not only were Trump officials harassed but average folk as well. Now it is the summer of pro-abortionists harassing Supreme Court justices and their neighbors. The cops just stand around.

This is how civilization breaks down. The founders would not see this as peaceful assembly.

You act as thought Roanoke is the only PD with staffing problems. The problem is nationwide.

Police departments across the nation are raising concerns about current and future staffing levels. CNN reached out to nearly 20 departments nationwide, along with other key stakeholders including elected officials, union officials and outside recruiters for departments for this story.
They all point to similar concerns including Covid-19, the great resignation, the climate for law enforcement and local reform efforts that are making recruitment and retention difficult.

Same as teacher problem. Dems don’t back law enforcement or school discipline. A very small percentage of criminals, mental defectives, and perverts runs wild in the woke world – and you think that decent Americans should just sit their and accept the obvious corruption you create. Well, guess what, the cops and teachers aren’t stupid- nor are the military. Recruiting and retention require a positive work environment and you create hell holes.

Sort of like your dopey democrat politicians who want to raise taxes on the wealthy thinking the wealthy Will just sit their and take it. News flash – they adjust their spending and hiring practices.

Democrat mismanagement in all cases, as usual.