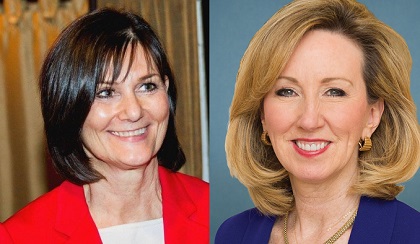 Barbara Comstock Far Ahead of her Opponent in Fundraising

“We are proud of the strong support we are receiving every day in the district and of another strong fundraising quarter,” said Ken Nunnenkamp, the Comstock campaign’s political director. “This will complement Congresswoman Comstock’s hardworking campaign so we can run through the finish line in November.”

“LuAnn Bennett is raising the resources needed to wage a serious and strong campaign in the increasingly diverse, highly-educated 10th district of Virginia.”

Barbara Comstock Far Ahead of her Opponent in Fundraising was last modified: July 15th, 2016 by Jeanine Martin

Barbara has got so much money she’s turning it away! Guess that means she doesn’t need any more.

Is there a Libertarian running this time?

Looking at Ms Bennett’s FEC report she continues to feed money to various members of her family so that they in turn can give the max allowed each filing to her campaign to make it appear she has broad support.