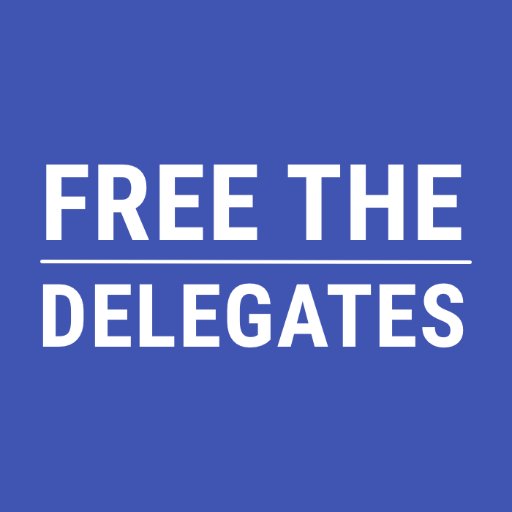 Beau Correll has his Day in Court

On Thursday Beau Correll went before Judge Robert E. Payne of the U.S. District Court for the Eastern District of Virginia to argue that the law is wrong and as a national delegate he shouldn’t be bound to vote for Trump on the first ballot.

Supporting Correll in court was Erling “Curly” Haugland, a Republican Committeeman from North Dakota who co-authored the book Unbound: The Conscience of a Republican Delegate. The book was published by Delegates Unbound, a group established to support unbinding the delegates on the first ballot in Cleveland. The group believes that every delegate is free to vote their conscience. At the hearing Haugland testified for an hour sharing his opinion that the delegates can vote their conscience. Haugland said

The Trump campaign hired Jesse R. Binnall, a professional parliamentarian, who told the court that RNC rules require Virginia delegates to vote proportionally, following the results of Virginia’s primary.  That would give  17 delegates to Trump, 16 to Sen. Marco Rubio, eight to Sen. Cruz, five to Ohio Gov. John Kasich and three to Dr. Ben Carson.

Lawyers from Attorney General Mark Herring’s office defended the state law along with 8 delegates, Trump supporters who petitioned to be a part of the case.  Those supporters include conservative radio talk show host, John Fredericks, and a former supervisor from Loudoun county Eugene Delgaudio.

The results of this hearing could have an effect on 20 other states that have a law similar to Virginia’s.  Although Thursday’s hearing lasted 6 hours there was no resolution.  Judge Payne will issue his ruling next week, hopefully on Monday.

Beau Correll has his Day in Court was last modified: July 8th, 2016 by Jeanine Martin

Everything you need to know about this case can be summed up by this one sentence from the Washington Post article linked to above,

“Even if Correll wins the case and the state law is tossed, it’s unlikely to have a practical impact. The nomination will be governed by RNC rules adopted at the convention.”

Which is what I have been saying all along.

The testimony Thursday by North Dakota Delegate Curly Haugland is right out of a Doonesberry comic strip, claiming evidence from the 1800’s and citing bizarre backroom deals from 150 years ago. He’s on a book sales tour at our expense.

Haugland answered no questions because he and Correll have no answers. They are trying the change the rules at the end of the game. Its like entering a football game down by three touchdowns with 5 seconds to go, calling a timeout and asking the refs to start the game over. It’s theater of the absurd.

Would have been much easier if the GOP just picked a decent person to be the nominee. Maybe there just are no decent GOPs? So sad

Would have been much easier if the Democrats had just picked a decent person to be the nominee. Maybe there just are no decent Democrats? So sad

Exactly, she was destined to be the Dem. Too bad she is the only logical choice. Truly wish I could vote GOP this year but Trump is not an option

but he is the better choice, so he’s got my vote. Country in the balance…I’ll take the close-the-borders, get-rid-of-common-core, end the 80,000-pages-of-regulations. That’s all I require of Trump and he’s on it.

Really? You truly believe Trump will save the country? Really? Wow!!! I had heard about your kind on CNN but I never though you folks were real.

Almost anyone is better than Hillary.

Almost, but not Trump

I am not sure that this will be successful, but it raises interesting jurisdictional issues for the courts and the state.

I hope it will be successful.

So, this is the issue – what takes precedence, state law or party rules?Virginia statutes give political parties several nominating method options. Only open primaries paid for by the taxpayers require a winner take all allocation.

Last October, the RPV selected a primary for the Presidential nomination via a 16f form to the RNC. Did no one realize at that time that the RNC rule 16.c.2 and Virginia state law conflicted?

Another reason why open primaries are a bad idea.

The U.S. Supreme Court has already ruled multiple times that Party Rules take precedence over state laws. That’s why this lawsuit is a waste of time. Beau is arguing a position that was won for him decades ago.