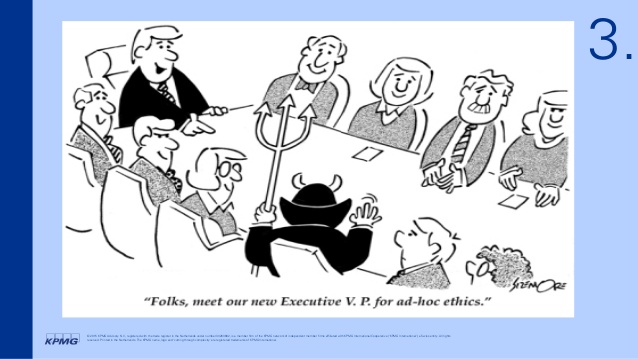 Along with many of my readers, I grew up in a society which operated under what used to be called “The Judeo-Christian ethic.” Not everyone was a Christian or a Jew, but most folks accepted society’s norms and morality, and conducted themselves in ways specified by the Jewish and Christian scriptures.

There was general agreement about what the rules were, and not much advocacy for introducing major changes. To be sure, not everyone stayed inside the lines all the time. There was plenty of law-breaking and rule-disobedience. But we all knew right from wrong, even if we didn’t do the right thing all the time.

In the late 1950s I attended a summer camp run by Word of Life Ministries on Schroon Lake, deep in the Adirondacks. It was an idyllic spot, and the camp was a terrific experience for teens who came from all over the Northeast.

Word of Life was run by Jack Wyrtzen, a former New York City band-leader and entertainer who became a believer and evangelist in the early 1940s. Jack was a great wit and jokester – absolutely the perfect leader of a camp full of lively teens. On the first day of the camp-week, he summarized the rules of conduct in what he called the 3-Esses:

Even Jack would probably have admitted, with a twinkle in his eye, that the last rule was imperfectly obeyed. I often smile when I recall how he proclaimed those rules – especially,

But the recollection of those good times is a little sobering, too, because it wasn’t necessary to mention the common ethical foundation for those 3 rules. Every camper already knew that you shouldn’t steal, damage property, act violently, harm others, be disrespectful to authorities, or profane the Lord’s name. Jack Wyrtzen didn’t have to mention all that because he knew it was understood.

Today, 60+ years on, you couldn’t assume that common understanding because the strong ethical and moral consensus that once held our country together is in tatters. Yes, vestiges of that consensus still remain in our laws, but since the 1960s a conviction has taken hold in our culture that every person has a “right” to fashion and live by his own moral code – even if it conflicts with the code of others around him.

On one occasion during my career a very modern colleague asked: “Why should our laws be based on the words in some old book?” In an earlier article – “The Problem with Sin”1– I wrote:

“What is America’s problem with sin? Our problem is that we don’t believe in it anymore – or, more accurately, that we are no longer unified on exactly what sin is.”

Of course, our problem goes beyond just knowing what we shouldn’t do; it often involves knowing what we should do as well. In recent decades, morality has become not just an ethical issue, but a political issue as well. Certain special interests have mounted a crusade to force all of society to conform to their revised concepts of right conduct and belief.

This has thrown all the cards up in the air – not just for secular society, but for people of faith as well. Whole books are being written on this, so I won’t try to dig deeper. But suffice it to say that politicized morality has probably affected relationships for every one of us, in some way.

“Woe unto them that call evil good, and good evil; that put darkness for light, and light for darkness; that put bitter for sweet, and sweet for bitter!”2

So wrote the Prophet Isaiah, nearly 3,000 years ago. A large segment of our country actively mocks those words today. A child could tell you that’s not a good thing.

Late in my 30-year career with a California-based engineering company, I served on the Corporate Ethics Committee. By then the company employed 45,000 employees, in offices across the globe. Our job involved harmonizing what some quaintly called “traditional ethics” with the flood of ad hoc ethical codes then invading our work-places. Above all, we were commissioned by top management to preserve the company’s “flexibility” to apply different standards and produce entirely different results on similar situations, as practicality demanded.

Naturally, this confusing commission produced a perfect madhouse of conflict and offended sensibilities, where reason was frequently turned on its head. (Jack Wyrtzen’s simplistic 3 Esses would have been laughed out of the place.) When I attended an industry-wide ethics conference, a discussion leader kept referring to our “core ethical consensus.” My argument that such a consensus no longer existed elicited surprise among the participants. They were all thinking of how things used to be in the workplace, not of how they had become.

On one occasion a complaint was brought to our Corporate Ethics Committee by an employee who was offended by an e-mail. (No, it wasn’t what you might think.) Someone in the employee’s division had been stricken by a serious illness, and a sympathetic colleague had sent out a division-wide e-mail asking colleagues to “say a prayer for Jim.”

The offended person wanted the Ethics Committee to “do something” about this offensive injection of religion into the workplace. After hearing the complaint, a senior member of the Ethics Committee channeled John Wayne by saying, “Well, pardon me all to hell.” (The Lord does sometimes use the most unlikely vessels.) The complaint went into the circular file, but it illustrated the bizarre temper of the time.

Some of us are long past contending in corporate venues like that, while others are still in the arena. But we’re all living in a society where every day seems to bring a new outrage against the faith or the morality we grew up with and live by. I don’t claim any particular expertise in how to deal with this hostile environment, but I can offer three suggestions, based on personal experience:

Being a Christian in a Confused Culture was last modified: June 24th, 2021 by Woody Zimmerman

Thanks Woody. Godless people still attack. Kinda interesting how they have time to do that but not help fix the problems in Baltimore and Chicago caused by their own policies.

You know who can still practice law in New York?