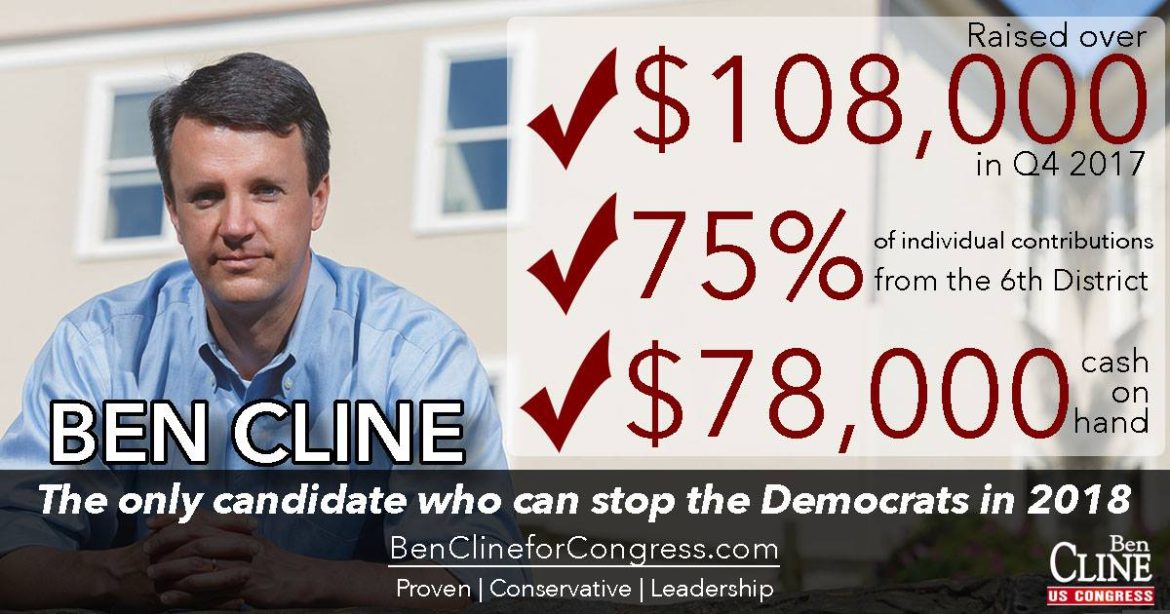 Delegate Ben Cline raised over $108,000 in the 4th quarter of 2017 in his quest for the Republican nomination in the 6th district to replace retiring Congressman Bob Goodlatte.  More than 75% of Cline’s donors are individuals who live in the 6th district.

“I am incredibly pleased by the strong, local support my campaign received upon announcing my campaign for Congress,” said Cline. “Both growing up in the Sixth District and now raising my daughters there, I have spent almost my entire life working to better our region, and I would be honored to do the same as their next Congressman.”

Part of the 6th is Lynchburg, Va.
Immigration lawyer, Chair of the House Judiciary Committee, Congressman Bob Goodlatte has been complicit to illegal aliens being illegally employeed AND operating illegal bussiness in this District.

I personally have found our local Democrats to be very concerned of this form of illegal commerce and have implemented local policies to help stop this, NOT one single Republican has lifted a finger to stop this. This is nothing but giving the finger to the Working Class Republican/Conservative.
I am in the 5th of Garrett but I will aid anyone in ending this Santurary Employment or Labor Exploitation including Katie Webb Cyprhet.