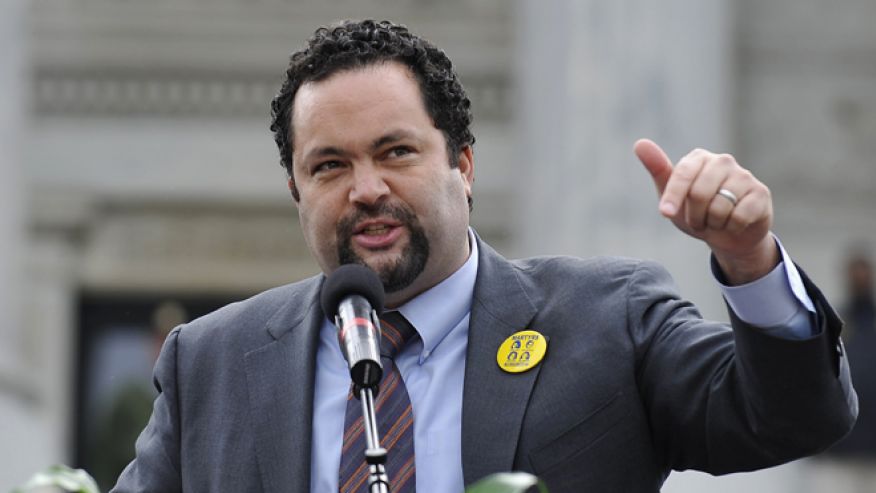 We have seen Progressives like President Obama, Senator Bernie Sanders, and one-term Virginia Congressman Tom Perriello attempt to fashion a brand of progressive populism. While this may have been enough to elect Barack Obama President and Bernie Sanders Senator, for the most part Progressive Populism hasn’t been successful. In fact, then Senator Obama’s populism was much more in the moderate style of, say, one Donald Trump or President Bill Clinton, than it was Bernie Sanders (that is, during his 2008 Presidential campaign).

In Maryland, former NAACP Chairman and CEO, Benjamin Jealous is running for the Democratic Party’s nomination for Governor in 2018. Mr. Jealous was Senator Bernie Sander’s Chairman is Maryland in 2016. Senator Sanders has endorsed Benjamin Jealous and encouraged all his Maryland supporters to back the lifelong community activist from Pacific Grove, California for Governor.

What troubles me, is that Mr. Jealous seems like the perfect blend of Sanders, Obama, Booker, and Clinton (the electable one who governed from the White House). He isn’t burdened by loyalty to a single ideology. He listens to everyone.

Jealous incorporates their needs and desires into his worldview and tries to accommodate them. Mr. Jealous is as comfortable in the capitalist world as he is in the activist one, and his business acumen is accredited with turning around the national NAACP. One of his talking points is that if a Democrat is going to unseat popular moderate Republican Governor Larry Hogan, the Democrats will need a candidate who can get out the vote and the NAACP can get out the vote where it matters in Maryland.

This is true. Baltimore is prime real estate and Benjamin Jealous could activate all of it. All the wealthy establishment liberals in Prince George’s and Montgomery counties must be furious. They’ve worked so hard, taken so many bribes, and sold out so many times; and they are going to lose to a man who is half venture-capitalist, half community organizer from California. Brutal.

I’m not the only one who is bothered by Jealous’ unique persona. The Republican Governors Association has already begun to target him with negative advertising. This is no coincidence.

Thankfully our Virginia Democrats are mostly establishment hacks with their hands out to national donors and big corporations. Even Perriello depended upon wealthy out-of-state benefactors. However, Benjamin Jealous, while he may receive outside support, probably won’t need it. He certainly won’t change his message to get it.

Benjamin Jealous appeared on the Politics Hour with Kojo Nnamdi and Tom Sherwood today for an interview that has stuck with me the rest of the day.

Ben Jealous complains that “We are living in times when far right-wing conservatives control every branch of our federal government”. This is called context. Everything else he’ll say will make sense in a world where crazy, right-wing extremists are controlling the national agenda (I know, they aren’t, but bare with us here).

Apparently Mr. Jealous has studied Judo; and in studying Judo picked up on what he refers to as Judo’s most important lesson, “that you shall use your opponent’s momentum against them.” Then he begins to lay out a brilliant argument. Republicans are Federalists. They believe in States’ Rights. For decades, Republicans have been privatizing the federal government (giving more control to corporations) and imposing federalism (giving more power to States and their Governors *). Mr. Jealous argues that Democrats need to capitalize on the Republican’s success and use this momentum to advocate for things like universal health care and free college tuition in Maryland. Now, this is good old-fashioned progressive populism, but there’s more.

Now, let me take a break Virginia. Mr. Ben Jealous did have a line that I hope you’ll all remember. He said that his family, who apparently lived here, “fled Virginia”, I’m assuming to get away from all of us (or Stewart’s people). He also said that he wakes up every morning and thanks God that he lives in Maryland, not Virginia. Let me just say that I wake up every morning and thank God that Ben Jealous lives in Maryland and not Virginia. First, because I hate his politics. Second, because I think he’d be able to win a statewide election here. In fact, he may be the Corey Stewart of Maryland.

What troubles me is his rhetoric. “Listen before you speak.” When it comes to voters, “don’t talk to them, talk with them.” Where is Mr. Jealous spending all his time? Rural Maryland. (Could you imagine a Virginia Democrat doing that?) You won’t find a Virginia Democrat that could care less about folks in rural Virginia, Southwest Virginia, Caroline County, Orange County, etc.

Mr. Jealous talked about several Trump voters who are supporting him. Why? Because so many of Trump voter’s in Maryland are looking for Single-Payer health-care.

However, despite all his progressive populism, this man understands what Trump understood. Listen to the people, then talk like the people. Reflect the voter. Ben Jealous is an academic like Barack Obama, but he talks on the radio like he’s from the streets of Baltimore, or Catonsville, Reisterstown, or Wicomico County. He’s going to win the Democrat nomination and then he’s going to be the next Governor of Maryland.

Speaking to the current situation, Ben Jealous says, “I’d rather be running with Bernie Sanders at my back, than in Larry Hogan’s position with Donald Trump’s boot on his neck.”

They eventually get into policy and pragmatism and Mr. Jealous doesn’t shy away from either. He’ll embrace the most radical progressive programs in the same breath that he addresses the most basic state-wide practical needs. He ties them all together. He doesn’t attack people. He advocates for positions and results. Kojo tries to bait him, but Jealous is a fish that won’t be caught. He makes his attacks under the cover of darkness and stands still in the light.

Here’s my point. If Ben Jealous becomes the next Governor of the People’s State of Maryland, Virginia Democrats are going to take notice. They are going to realize that you can’t win by trying to ban guns and expand Medicaid. Virginia Democrats have never been very smart. They have numbers. They win statewide races, but they lose everything else. They elect Democrat Governors, but they get slaughtered in the General Assembly. They run national campaigns in Virginia in the hopes to become the next Senator or the next President or Vice-President. They don’t know how to make a difference and connect with the people.

Be weary of practical Democrats in Virginia. Not that they exist – but they could. If they ever do rear their ugly heads, then you know who to fight. To my Republican friends in Maryland – you could be in trouble. If the Democrats nominate Ben Jealous, they will have a candidate who will unite the Clinton and Sanders camps for a generation in your State. If you are a Republican in Maryland, then you need to activate everyone. Everyone…and their friends. Good luck.

GREAT DISCUSSION! Thanks! Many of us OLD-TIMEY rural Virginians have been asking local and state Democratic parties and apparatchiks to be serious about rural communities, rural values, and rural voters/non-voters who might become voters. Our OLD-TIMEY values and approaches are very practical. We do indeed agree that it is hard to find ‘practical’ Democrats among apparatchiks. We OLD-TIMEY rural Virginians actually are very persuadable for sound practical arguments from different candidates. Practicality is not ideological: we might vote for this Democrat, that Republican, them Green or Libertarian or Independent etc candidates, if they have good practical solutions, authentically speak with the community, and conduct themselves under the Constitution (a ‘nation of laws and not of men/women/gender variant persons’).

What’s really interesting is that the Re-Elect Trump campaign is apparently taking in millions in small donations. Trump is apparently using this money to pay for the legal fee’s from lawyers representing him and those around him involved in the Russia thing. Apparently all legal.

It would be good for any Maryland Governor to take notice of McAuliffe’s Executive Order 24 (make Republicans pay taxes on their employees ) Governor McAuliffe also made another good political move when he backhanded Herring on hand gun reciprocity, he had to quiet him down and he did. Va. Citizens need to take notice at what NOVA Republicans are allowing In Va , santuary u Der McDonnell and Cuchi.
http://watchdog.org/202012/subcontractors-shadow-economy

There are some good points here. Since the growth in Fairfax, Arlington, and Loudoun is coming in large part from liberal Marylanders fleeing crime and higher taxes (then voting for the same policies here that created all their problems back home), we should take notice of how liberal Marylanders vote.

They aren’t fleeing, they are trying to help you out.

Ha ha. Well thanks, but no thanks to them.