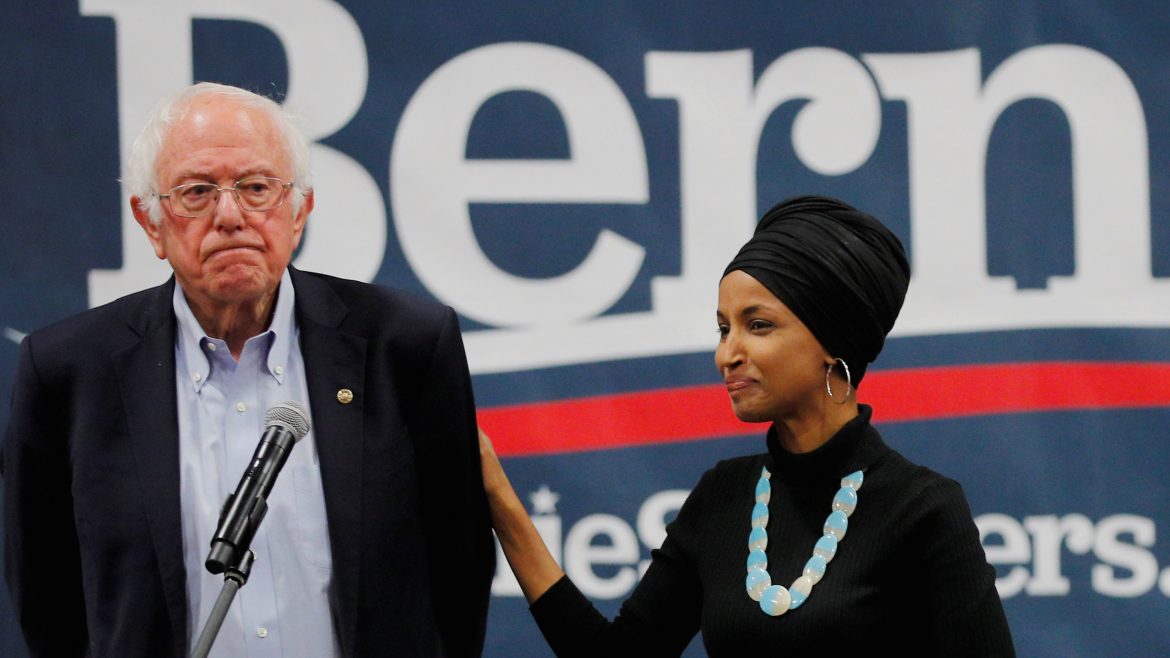 Bernie Sanders and the schism in American Jewry

For some, he personifies a ‘self-hating Jew’ but most Jewish Democrats would vote for him.

The one benefit of the Bernie Sanders surge in the Democratic presidential primaries is that it may bring  into the national conversation the growing schism among Jews around the world.

The Washington Post, in fact, just wrote about what I am about to present here.  Whether Sanders gets the Democratic nomination, or not, the reality is his presence in the race as a leading Jewish contender will certainly keep the issue on the forefront – and I think this is a good thing, despite the ramifications for potentially sowing more division and possibly anti-Semitic acts by miscreants.

President Trump kind of got the ball rolling some months ago, when he said a number of liberal Jewish Americans were “disloyal” to Israel for not supporting him and his very pro-Israel policies.

This was met with immediate condemnation by a large portion of the Jewish community, mostly Democrats, and of course, the media pulled the “anti-Semitism” card as it loves painting Trump as being in bed with neo-Nazis, though his business record, policies and actions defy that.

Sanders is the first full-fledged Jew to have a chance of winning the nomination of any major political party for president of the U.S.  Former Connecticut Sen. Joe Lieberman, failed to win any primaries in 2004 when he ran for president and was on the 2000 national ticket as Vice President with Al Gore.  Barry Goldwater was the GOP nominee for president and was part Jewish (on his father’s side only, so according to most branches of Judaism, he was not “fully Jewish.”)

Among the world’s 14 million Jews – of which about six million are Americans – when it comes to politics and culture, Jews kind of fall into two broad categories – the Observant, who comprise Chasidic and “Yeshivish” (traditional Orthodox ) Jews, and Secular Jews, who comprise the Reform, Reconstructionist and Conservative movements and the largest number – non-observant or with one Jewish parent.  Only 1/3 of American Jews belong to a synagogue and where I live in Hampton Roads, synagogues are closing except the Orthodox ones.

Secular Jews support Israel, but not Israel Prime Minister Benjamin Netanyahu, and want a Palestinian state. A few want Israel to no longer exist and allow the Palestinians to rule.  I wonder if Sanders is in the latter category as he declined to speak to the American Israel Public Affairs Committee annual convention in Washington next week, and embraces anti-Zionists in the Boycott, Divestiture and Sanctions movement. He is scheduled to campaign in Springfield, Virginia this weekend with the most repugnant anti-Semite ever elected to Congress, U.S. Rep. Ilhan Omar of Minnesota.

The Observant are growing in number due to high birth rates and a large number of folks like me who are “baal teshuva” (returning to the faith), attracted by the spiritual and life-improving teachings of Judaism, and aided by the dynamism of the Chabad Lubavitch movement.

To us, Israel’s security and independence are paramount, but our sermons are nonpolitical, whereas social justice and “Tikkun Olam” (Repair the World) are dominant among the Secular Jews.   We by and large vote Republican and support Trump, Netanyahu and traditional values! However, we are but 10% of American Jewry according to a 2013 poll.

You’d think with the rise of anti-Semitism and violence in the last two years, Jews would be more unified.  Well, not exactly.

Secular and Observant Jews differ sharply on where the threat of anti-Semitism exists just as we’re split on Israel policy and almost any other issue that divides liberals and conservatives.

Secular Jews see the alt.right and white supremacists as the paramount problem in the U.S. and many seem to give a pass to Islamofascist and black anti-Semitism because they are so imbued with a “multicultural” perspective.

Observant Orthodox Jews recognize the threat of white supremacists, but we are more alarmed by the threat from blacks in the inner cities and radical Muslims.  We don’t see Trump as the cause of anti-Semitic violence.

We also knock on each other’s methods of observance.

A number of Observant Jews feel Secular Jews have brought this problem on themselves by being “less Jewish,” and in fact, a large number of Jews still hide their Judaism,

But this notion leads to a lot of outrageous opinions.  One Orthodox rabbi told me Reform Judaism was more decimating to Jewry than the Holocaust.  In Israel, a museum guide said Hitler had more “appreciation for the Orthodox” than the non-observant.

These are outlandish statements and I would hope Orthodox Jews would not say such things.

However, Secular Jews have disdain for us Orthodox.  We’re viewed as backward, sexist, anti-gay and unintellectual, citing examples of fathers who just study Torah and do not work, forcing families on welfare, and children ill prepared in major academic subjects (as Orthodox Jews send their kids to private schools).  Like a lot of Liberals, they generalize from specific incidents.

And, into this schism comes Bernie Sanders, whom a number of Orthodox would consider a “self-hating Jew” due to his positions on Israel and the anti-Jewish company he keeps (e.g Linda Sarsour and Louis Farrakhan).

However, even with him as the Democrat nominee, I don’t think Trump would get much more than the 25% he got from the Jewish vote in 2016.    Even when Ronald Reagan won in a 48-state landslide in 1984, the exit polls showed he got only 36% of the Jewish vote.

So, Secular Jews are kind of a lost cause for Republicans, but the Orthodox communities around the country need to be engaged more by the GOP.  It’s something I would like to work on particularly as I am a candidate for the RPV State Central Committee for the Third Congressional District.  Yes, I am a candidate!

For the upcoming U.S. and Israeli elections, I will pray that HASHEM (God) saves us from the Sandersistas and brings Trump and “Bibi” back to office.

As it states in Genesis: “I will bless those who bless you and curse those who curse you,” and although Secular Jews may not want to face this, both leaders have been a blessing for our people.