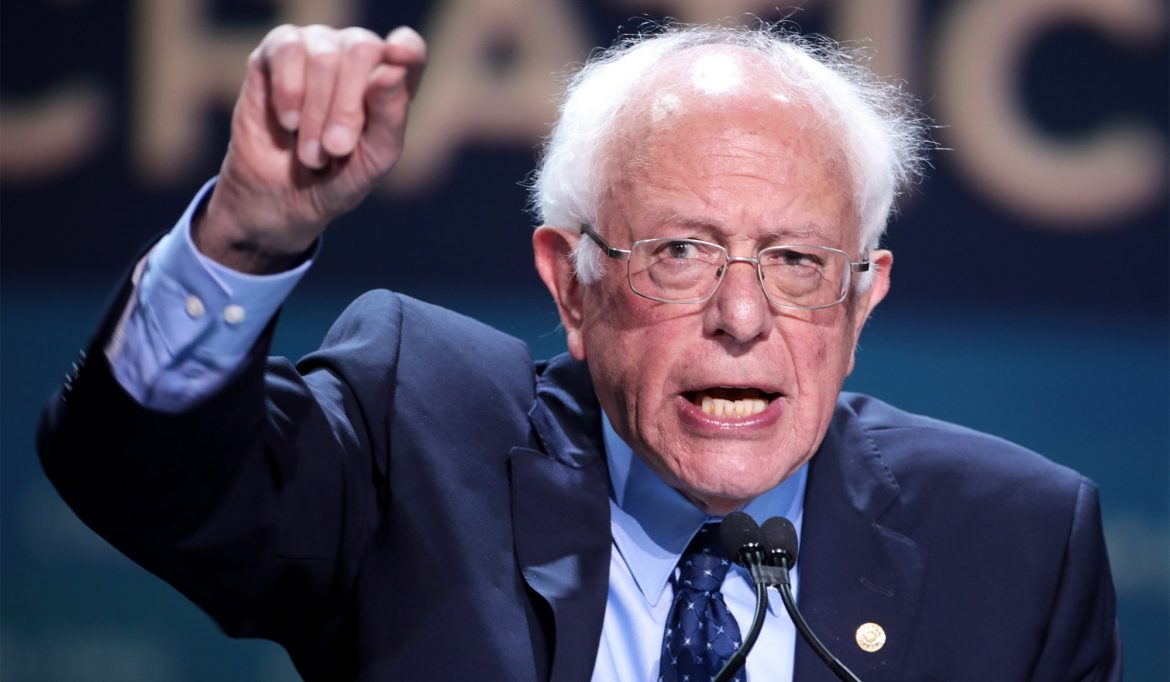 Bernie Sanders calls himself a â€œdemocratic socialist.â€ And he endorsed Jeremy Corbyn, the socialist who led Englandâ€™s Labour Party to its worst election defeat in 85 years.

Corbyn is often described as a radical. Indeed, Corbyn admitted his proposals were â€œradical.â€

But Sanders is much more radical than Corbyn, as the English-born economist Ryan Bourne notes. Sanders has proposed much moredeficit spending and much higher taxes than Corbyn and Englandâ€™s Labour Party did.

Despite calling himself a â€œdemocraticâ€ socialist, Sanders backed a communist party in the 1980 and 1984 U.S. presidential elections, rather than the democratic socialist candidates who were also in the race. Sanders also has supported Communist governments overseas. He loved communism so much he even honeymooned in the Soviet Union.

The Manhattan Instituteâ€™s Brian Riedl estimates that Sandersâ€™ proposals would add $97.5 trillion to federal government spending over a decade, increasing annual government spending to around 70% of the economy, and more than doubling the size of the government. As Bourne notes, that exceeds Corbynâ€™s planned 44% and even Franceâ€™s current 57% (France has the highest percentage among OECD countries). Sanders wants to spend nearly four times as much of Americaâ€™s economy on climate change and infrastructure as Corbyn proposed.

Corbyn planned to increase Englandâ€™s budget deficit by only about 2% of its economy (GDP) per year. But as Bourne notes, â€œBernieâ€™s tax plans get nowhere near fully funding his agenda.â€ Riedl estimates that Sandersâ€™ spending plans would increase Americaâ€™s annual budget deficit to around 30% of GDP, from its current 5% of GDP.

Sanders would also raise taxes much more than Corbyn. Corbynâ€™s top marginal income tax rate would have been 52%. Sandersâ€™ top federal income taxrate alone would be 52%, bringing a top combined top rate of around 80% once state and payroll taxes are considered. Sanders wants a new wealth tax too, another option Corbyn did not propose. And while Corbynâ€™s Labour Party wanted to raise the corporate income tax rate to 26%, Bernie would raise it to 35%.

Sanders and Corbyn both proposed national rent control, big minimum wage hikes, worker ownership stakes, and workers on company boards. But while Corbyn proposed 10% worker ownership stakes in big firms, Sanders would require 20%; while Corbyn proposed that 33% of company boards be made up of worker representatives, Sanders would require 45%.

Sandersâ€™s healthcare plan is also more radical, including restrictions and elements absent from European healthcare systems. Sanders tweeted that â€œour â€˜crazy ideaâ€™ of universal healthcare is already a reality inâ€ 27 countries in Europe and Asia. But all of those 27 countries differ in one of more of four key ways from the healthcare plan Sanders proposes â€” such as whether they ban all private insurance (except for elective services), whether there are â€œcopays or deductibles,â€ and whether the public plan covers â€œdental, vision.â€ When my European brother-in-law broke his jaw, devastating his teeth, national health insurance would not pay the cost of the needed dental surgeries and dental work. Our family had to take up a collection to pay for them. Taxpayer money is finite, so European countries tend to cover dental and vision poorly, or not at all.

Sanders claims his â€œDemocratic Socialismâ€ would make America more like Scandinavia. But as Scandinavian leaders pointed out in response to Sanders, their countries arenâ€™t socialist, and are nothing like Sandersâ€™ vision for America. As Danish Prime Minister Lars LÃ¸kke Rasmussen noted, â€œDenmark is a market economy,â€ and is â€œfar fromâ€ being socialist (although it does have higher taxes and more health coverage than the U.S.). Former Swedish Prime Minister Carl Bildt also rebutted Sandersâ€™ claims, pointing out that Sweden is not socialist. Bildt says this is fortunate, because socialism caused â€œspectacular failuresâ€ in the countries that tried it.

Scandinavia has higher taxes on individuals, and a more generous welfare state, than the U.S.  But it also has fewer government regulations. For example, fewer people there need a government license to earn a living than in the U.S., especially in healthcare, education, and legal services. In the U.S., 30% of all people now need a license just to be allowed to do their job. That includes very ordinary jobs that raise no special risks requiring licensing. In some states, even florists or interior decorators have to go through a costly, time-consuming licensing process before being able to work.

As Ryan Bourne notes, Sanders is even to the left of Englandâ€™s left-wing Labour Party on healthcare, in that â€œonly Sanders would explicitly ban private health insurance.â€ Corbynâ€™s â€œLabour did consider that proposal but held off in the end.â€

Economist Veronique de Rugy says that Sandersâ€™ â€œplans rest on massive government interventions into peopleâ€™s lives, intense redistribution, and a level of coercion that Americans have never before endured.â€

according to a recent study by former Congressional Budget Office director Douglas Holtz-Eakin and Gordon Grayâ€¦the effects of a wealth tax would extend throughout the economy, reducing the supply of capital and decreasing investment, which would negatively impact worker pay. Sandersâ€™ wealth tax would cost workers about $1.6 trillion over a decade, they estimate. Over time, as the impact of the tax grew, workers would end up implicitly shouldering about 63 percent of the burden. The wealthy would indeed have less wealth, but workers would come out behind as well. Sanders, the champion of the working class, would effectively be taxing the working class he claims he wants to support.