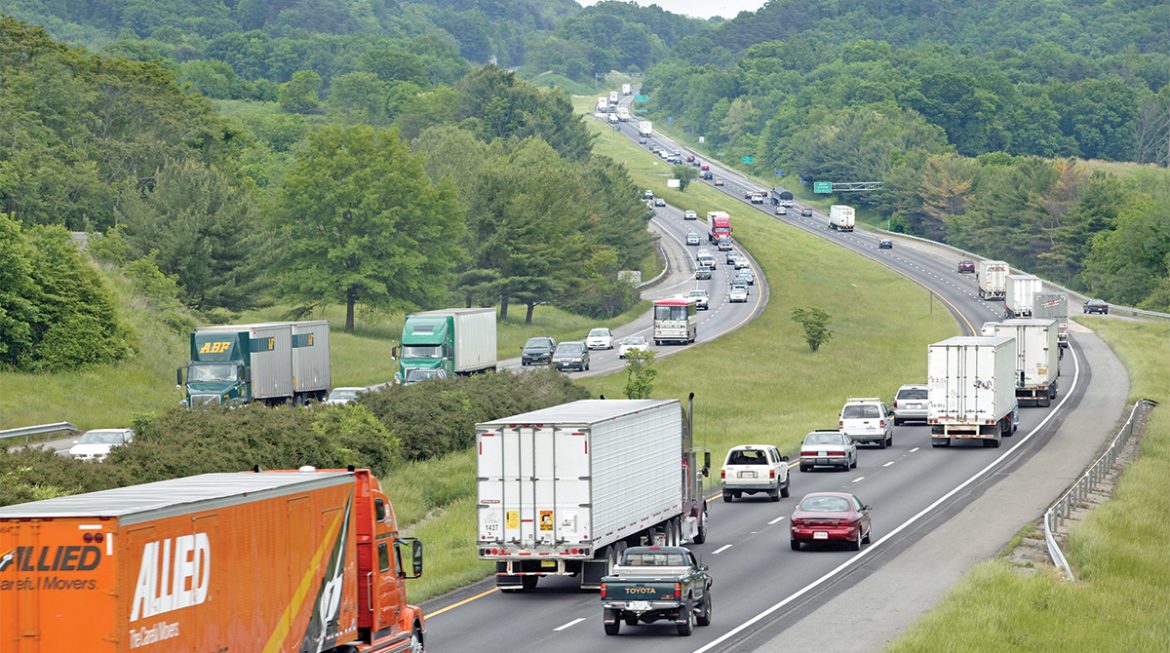 Route I-81 in Virginia

In the past few days, a “poll” paid for by the Virginia Transportation Construction Alliance and conducted by Public Opinion Studies said that they found support for raising taxes to pay for improvements to Interstate 81.  Some of the more interesting findings of the poll are listed below:

88% of respondents favor making a $2 billion expenditure into I-81.

According to the poll, the need to fund a widening of 81 transcends partisan lines – with vast majorities of Democrats, Independents, and Republicans stating that 81 needs improvements.

Most respondents wanted a toll on freight trucks but a significant majority polled stated that they wanted  $2 billion in funding of widening 81 even if it meant higher taxes on them personally.

69% of respondents want the General Assembly to approve this plan in the 2019 session.

First off – pretty much everyone can agree that I-81 is a disaster – with so many accidents on the highway now that a trip from Staunton to Harrisonburg can now take upwards of 2-3 hours.  But does anyone honestly believe that if they have their taxes increased to fund 81, that this money will really go to widening 81? Please raise your hand if you think this, because I have a bridge to sell you really cheap.  We went through this same thing in 2011-2012 when legislators promised us that an increased gasoline tax would give us widened roads and less traffic. Has Route 15 north of Leesburg been widened? I don’t think so. Last we heard, Route 15 was scheduled to be widened in the year 2025 – or 13 years after we were told that it would be widened.  And since (according to VDOT in 1999) 81 has been a mess since the mid 1990’s, why weren’t the funds from the gas tax increase used to widen 81 back then? Why does the government need more of our money – when they’ve not spent the tax money from 2011-2012 wisely and towards widening 81?

The fact is that giving more money to government never solves problems, it just gives the bureaucrats more money to spend – often times on things we do not need.  Quite frankly, I wish that I could trust my government enough to give them money and know that they would do the right thing. But history shows that we can not trust our government with more and more of our taxpayer dollars.

Let’s be blunt – who would trust a poll from a group called the Virginia Transportation Construction Alliance – who are really little more than a lobbying firm for the highway lobby.  For the record, having driven up and down 81 more times than I care to count, pretty much everyone can agree that something needs to be done. When 81 was 1st constructed back in 1957, it was anticipated that 15% of the vehicle traffic would be tractor trailers.  In 2018 that number is closer to 30% of the vehicle traffic is now tractor trailers. In some areas, I 81 has 1 of every 2 vehicles being a tractor trailer.  The VTCA has a vested interest in having $2 billion plus in construction projects funded by taxpayer dollars. And I agree that something needs to be done. But we’ve been paying for road widening and increased transportation spending for years now.  Why should we pay again for something we’ve already paid for once? Would you go into an auto repair shop and pay $1000 for a repair which should only cost $500? Of course not. And neither should we do so here. But that is what our politicians want us to do.  They want us to pay for something we have already paid for – and pay for it repeatedly, and then expect us to thank them for their theft.

Honestly I do not know what the right answer is to make I-81 a better road.  But given their track record, I sure as heck don’t trust a bunch of politicians and bureaucrats with my money – especially given their proven ability to waste our money. Don’t believe me? Look at what 81 and Rt 15 are – and remember these 2 roads were why politicians of both parties told us that we needed to pay higher taxes. 6+ years later, nothing has been done on either road.   So don’t fall for this trap again. Tell your legislator to do the right thing and fund 81 expansion from already existing funds which should have been dedicated to transportation funding originally.

[…] week before Christmas, John Massoud wrote about a Virginia Transportation Construction Alliance (VTCA) poll at The Bull Elephant.  The […]