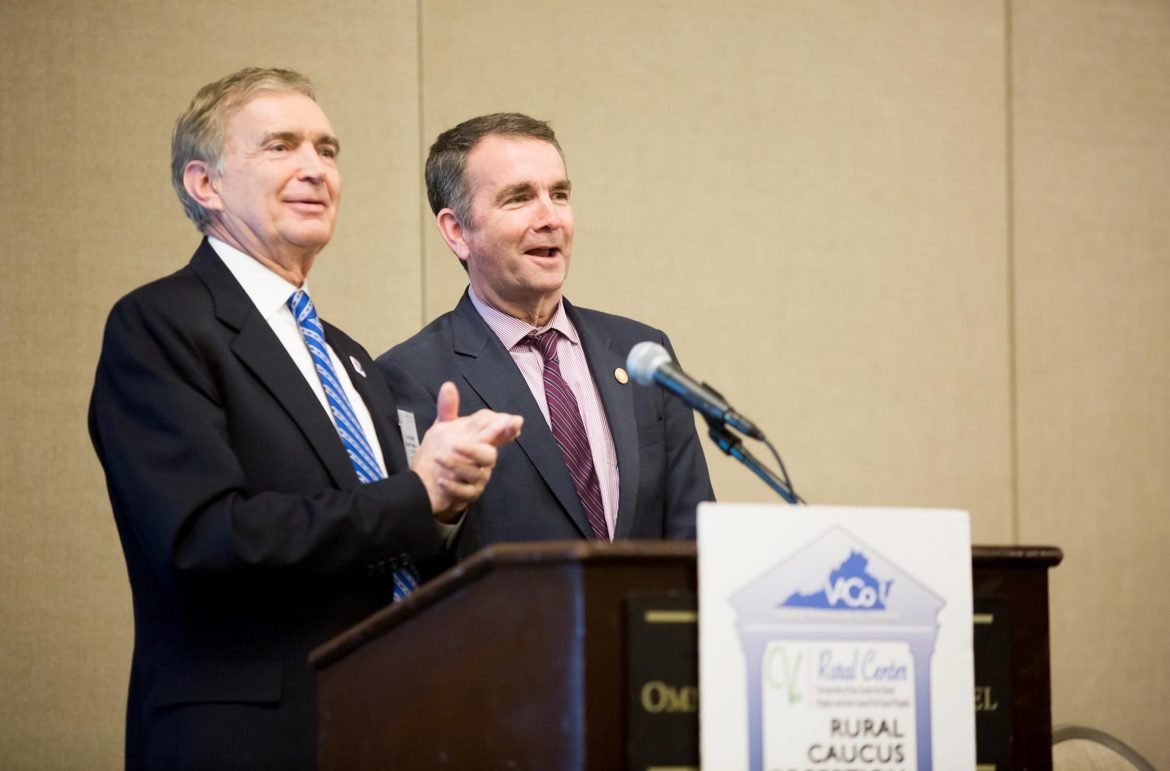 Very recently, the Unite Virginia PAC endorsed Emmett Hanger for Senate.  Unite Virginia PAC is a group which is supposedly dedicated to “bi-partisan solutions to leading issues of the day”.   I had heard things about Unite Virginia, both good and bad, and wanted to learn more about this group. Usually when I hear the terms “bipartisan or non-partisan” my hackles go up, as such groups are anything but non-partisan.

So in looking around, yes Unite Virginia is a “bi-partisan” group, but the issues which Unite Virginia is concerned about is rather telling.  According to a September 2018 Letter to the Editor in the VA Pilot by Unite Virginia Steering Committee member Tom Church – they consider climate change, non-partisan redistricting, and campaign finance reform to be among their main issues.  https://pilotonline.com/opinion/letters/article_693f4c8c-ab9d-11e8-91db-33845309d769.html

Another Unite Virginia Steering Committee member is Todd Veazie, who used to work in the Obama administration.  Veazie was a former Navy Seal, and for that, Veazie deserves all respect in the world. But the fact that Captain Todd Veazie was a member of the Obama Administration, one of the most ideologically extreme groups to ever sit in the White House, and one of the most ideologically inflexible groups of  people to ever occupy the White House, leave me aghast how Captain Veazie can be a part of something which calls itself “bi-partisan”.

Now let’s take Kyle McDaniel, a Never Trumper who now supports the Democratic party of Virginia.  Like Donald Trump or not, the fact is that the dysfunction in Washington DC is because of the modern Democratic party, which is having a hate orgy over Trump being our president.  For Mr. McDaniel to be part of this group shows that he is incapable of reaching out in the way that Unite Virginia says they want to do. McDaniel left the party when Trump was elected.  Now McDaniel has called most Republicans racists now – something that former RPV Chair John Whitbeck rightly condemned. How can we have bi-partisan solutions and get rid of the toxicity that Unite Virginia claims exists when one of their Steering Committee members calls all Republicans “racists”.  https://bearingdrift.com/2018/01/17/rpv-chair-whitbeck-says-mcdaniel-owes-gop-apology-for-calling-members-racists/

(For the record, I’m a brown guy, and McDaniel is lily white skinned – I know that no apology is coming from this expert in working with others – but hey – I’m a big boy and will live somehow)

Very commonplace for Unite Virginia is Meg Heubeck of Waynesboro Va. Ms. Heubeck is the Director of Education for the University of Virgnia Center for Politics.  She voted in Democratic primaries in 2008, 2009, 2013, 2016 Presidential, 2017, and 2018. Even though Unite Virginia calls for bi-partisanship, she has never been to a Waynesboro GOP meeting – and is not known by any prominent Republican in Waynesboro.

Not every member of their Steering Committee is a bad person.  Quite frankly, I can say some good things about Mike Murphy who is a member of a group called Committee for a Responsible Federal Budget.  I don’t particularly like everyone who is a member of this group, but the group is going after pork barrel spending and waste in Washington DC.  However Mr. Murphy seems to be the exception rather than the rule for Unite Virginia. And Linda Curtis is a former Republican Commonwealth Attorney of Hampton and current City Council Member.  While I can not speak for her voting record, Ms. Curtis seems to be a decent individual who cares about Hampton.

So Emmett Hanger is hoping that he can use a left of center group masquerading as a bi-partisan solutions group to fool you into thinking that he’s a conservative when the case is, Emmett Hanger is out of touch with his own District.    For all this talk about so called “non-partisan redistricting” that was what California put into place – the end result was a group of academics (who likely leaned Democrat) taking what was a Democratic advantage but only a small one and turning it into a “super majority” where Democrats have literally taken over the state and turned it into a cesspool.  Don’t believe me, the Public Policy Institute of California did a report on the California Redistricting Commission and in its conclusion said these words: Conclusion This evaluation of the California Redistricting Commission maps suggests that the CRC plans have been more favorable to Democrats, on average, than the plans drawn by the California Legislature in 2001.

Aka “Non partisan redistricting” is a fraud.

I agree there is a partisan divide in the country – but that divide is 99% from liberal Democrats who won’t compromise on things, and say it’s either my way or the highway.  The fiasco we currently have going on in Washington is because Democrats are so beholden to a the kook fringe of the left wing that they will no longer even listen to anything sensible a Republican may say.  Democrats no longer have serious legislators like John Breaux of Louisiana or Samuel Nunn of Georgia – they now have zealots like AOC, Ilhan Omar, and Rashida Tlaib. If Unite Virginia and its parent group Unite America want to reform Washington DC and get people to work together in Virginia, then maybe they should consider speaking out against anti Semites like the 3 leftist Congresswomen mentioned above.  And lean on Nancy Pelosi and Chuck Schumer to stop playing games and negotiate in good faith with Trump on important issues.

Representatives should represent the legislative Districts where they belong.  The Shenandoah Valley, and surrounding areas in the 24th Legislative District are inhabited by constituents who value their 2nd Amendment rights, don’t like abortion factories like Planned Parenthood, and don’t want Medicaid expansion – all 3 things which Emmett Hanger voted against his constituents in the past few years.

Tina Freitas has been taking the case of life, liberty, and limited government to the people of the 24th Senatorial Legislative District.  Emmett Hanger has been endorsed by a group which wants us to be more like Democrats and happens to think that compromise means that you and I should compromise our principles to suit their partisan ends.