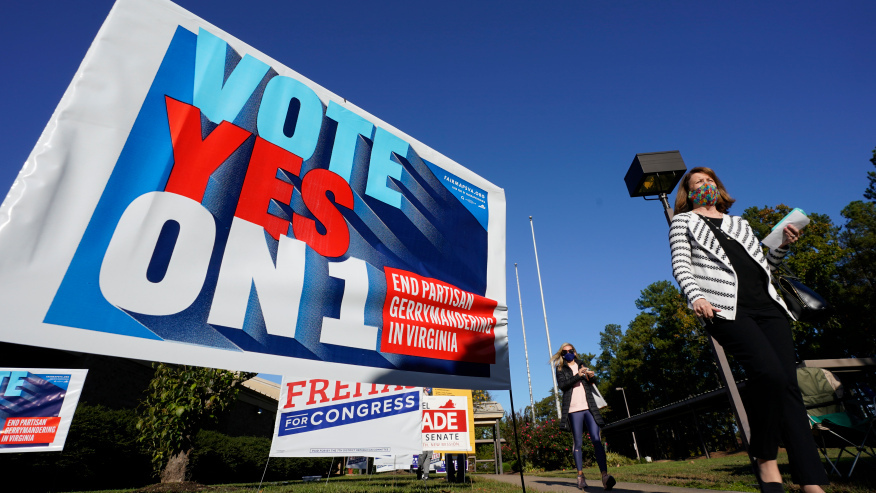 Bi-partisan redistricting is now in the State Constitution

Next steps outlined by FairMapsVA

The following is a nice synopsis from FairMapsVA, the bi partisan group that helped get the overwhelming approval of Amendment 1 to the State Constitution, which allows for a bipartisan redistricting commission to draw U.S. House and state General Assembly districts vs. gerrymandering by whichever party controls Richmond.

Despite many Democrat party units urging “no” votes,  the amendment passed 66-34% Nov. 3.  Virtually all GOP units in the state that handed out sample ballots at the polls urged a “yes” vote.

Excerpted from an email from FairMapsVA, dated Nov. 5, 2020…

First, a selection committee needs to be formed. By November 15th, the Chief Justice of the Supreme Court of Virginia must certify a list of retired circuit court judges willing to serve on the Redistricting Commission Selection Committee to the four leaders of the Virginia General Assembly: Speaker of the House Eileen Filler-Corn (D), Minority Leader Todd Gilbert (R), Senate President Pro Tempore Louise Lucas (D) and Senate Minority Leader Tommy Norment (R). From there, each leader selects one judge from the provided list, and those four judges will pick a fifth by majority vote to serve as the Chair. This is the Selection Committee.

Second, the four leaders of the General Assembly must select two legislators from their respective parties and legislative chambers to serve on the commission by December 1st.

Next, by January 1st, the four leaders of the General Assembly have to submit lists of at least 16 citizens to the Selection Committee. By majority vote, the 5-member Selection Committee will then choose two citizens off each of the four lists, determining the eight citizen commissioners. This is similar to selecting an impartial jury.

Additionally, Governor Ralph Northam has reiterated his promise to amend the current state budget to include “enabling legislation” for the commission. This includes important provisions for ensuring a diverse commission, additional transparency, an open application process for citizens, restrictions to minimize conflicts of interest, and guardrails on the Supreme Court of Virginia in the unlikely event they need to act as arbiter.

Some of the details are still being finalized, so while we don’t know the answers to every question you might have, we do know that a fairer redistricting process is already moving forward. Once the budget is approved — likely by the end of next week — we’ll know exactly how everyday citizens and advocates can apply to serve.  Stay tuned for updates on the application to serve on the commission and how to engage your community in this critical process!

Ken’s Note:  It is unclear if the US Census data for 2020 will even be available for 2021 redistricting because COVID 19 severely hampered the federal government’s ability to gather data.

If this is the case, the current districts for the House of Delegates will stand, which means state delegates will have to run for re-election in 2022 in new districts (assuming the Census is done by then), as the state Constitution does not allow using “old” districts beyond a new census.

New districts for the U.S. House of Representatives should be available by 2022. In 2023, both the House of Delegates and State Senate will be up for election with the new maps drawn by the commission.   So, Delegates will potentially need to run for office in 2021, 2022 and 2023.

Finally, the commission – while not a perfect plan – is possibly the only means Republicans can run in fair, ungerrymandered districts for the future, given Democrat control of Richmond.  So, passage – with Democratic voter support – was critical to at least keeping some semblance of two party governance in the Commonwealth.